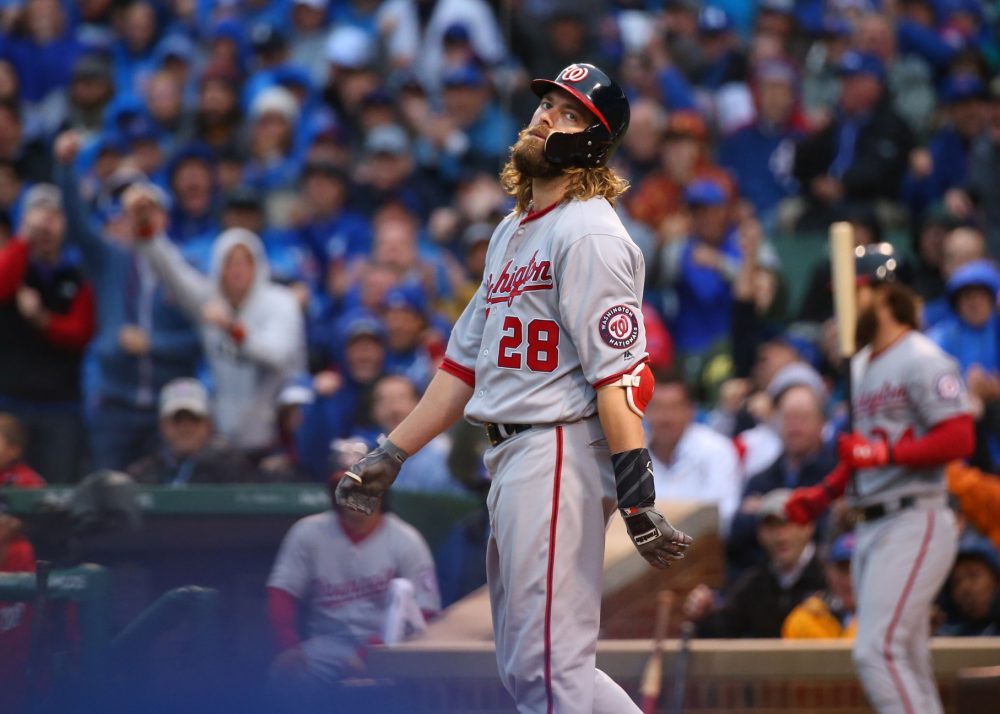 There are 35 days left until pitchers and catchers begin reporting to camp, and some of the biggest names in free agency—Yu Darvish, J.D. Martinez, and Jake Arrieta still among them—are languishing on the market, waiting to be snapped up by a would-be World Series contender. At this point in the offseason, it feels a little like those last few days leading up to Christmas: you can see the presents under the tree and you know they have to be revealed sometime soon, but you still don’t know exactly how it’s all going to unfold. And each day feels longer than the last.

The Astros, at least, are narrowing down their wish list. Club owner Jim Crane told reporters that the team is pursuing a “high-end starter,” though he declined to list any specific targets. Current team ace Dallas Keuchel is facing the end of the road with the Astros next fall via free agency, and it stands to reason that the team would want to strengthen their rotation ahead of time. Along those lines, Yahoo Sports’ Jeff Passan hears that the club has been engaged in trade talks for Pirates right-hander Gerrit Cole, who would undoubtedly command a hefty return in any deal.

Passan adds that outfielder Derek Fisher was floated as a possible trade piece, but says it’s more likely that the Astros would have to sacrifice some serious top prospect talent in order to net Cole—even going so far as to list no. 1 prospect Forrest Whitley and no. 2 Kyle Tucker in a potential trade package. Given that Cole’s team-friendly contract is set to expire by 2020, that may be far too precious an asking price for the Astros as they look to contend long term.

Jayson Werth believes he still has a few seasons left in the tank; at least, that’s the story he gave ESPN’s Jerry Crasnick on Monday. The 38-year-old free agent first voiced his intention to keep playing last November, but in an offseason that has felt downright sluggish at times, teams have been slow to match his enthusiasm.

Crasnick says the Nationals “appear to be headed in a different direction,” echoing a sentiment that was first expressed by general manager Mike Rizzo earlier this winter. That “different direction” looks a lot like Bryce Harper, Michael Taylor, and Adam Eaton, who contributed a collective 9.0 WARP for the club in 2017 despite zero work from an injured Eaton. Werth, meanwhile, hobbled to a .226/.322/.393 line through 289 plate appearances, landing 10 home runs and missing nearly three months with a bone bruise in his left foot.

What Werth lacks in power and defense, he compensates for with intangibles like “solid veteran presence” and “clubhouse leadership,” qualities that played no insignificant role as the Nationals made strides toward the playoffs last season. That might not be enough to convince another team to take a flyer, however, especially as Werth hasn’t played a full season on the field since 2016, doesn’t have enough pop at the plate to contribute meaningfully in the DH spot, and is currently outranked by several big-name free agents still on the market.

Speaking of free agents with uncertain futures, Matt Garza’s is looking a little cloudy these days. The right-hander is set to undergo surgery on Wednesday to repair a torn labrum in his right shoulder. According to Adam McCalvy of MLB.com, the tear stemmed from an on-field collision with Jesus Aguilar back in June, which cost him 10 days on the disabled list with a chest contusion.

At the time of the incident, Garza was working through the end of a four-year, $50 million contract with the Brewers, one that had already begun to go south as he rapidly shed both velocity and value over the last few years. Now, he has both a lengthy recovery period ahead of him and the looming question of his next landing spot—provided he can find one, that is.

Labrum surgery isn’t always a death sentence for a pitcher, but it’s still a major procedure that will likely keep Garza out of commission for most or all of the coming season, and there’s really no telling how effective he’ll be once (well, if) he takes the mound again. Assuming he makes a full return to health by mid-2018 or early 2019, he might have to rethink his starter-only mentality or settle for a minor-league deal. Another option: per McCalvy, it might be time for the veteran righty to start contemplating retirement sooner rather than later.