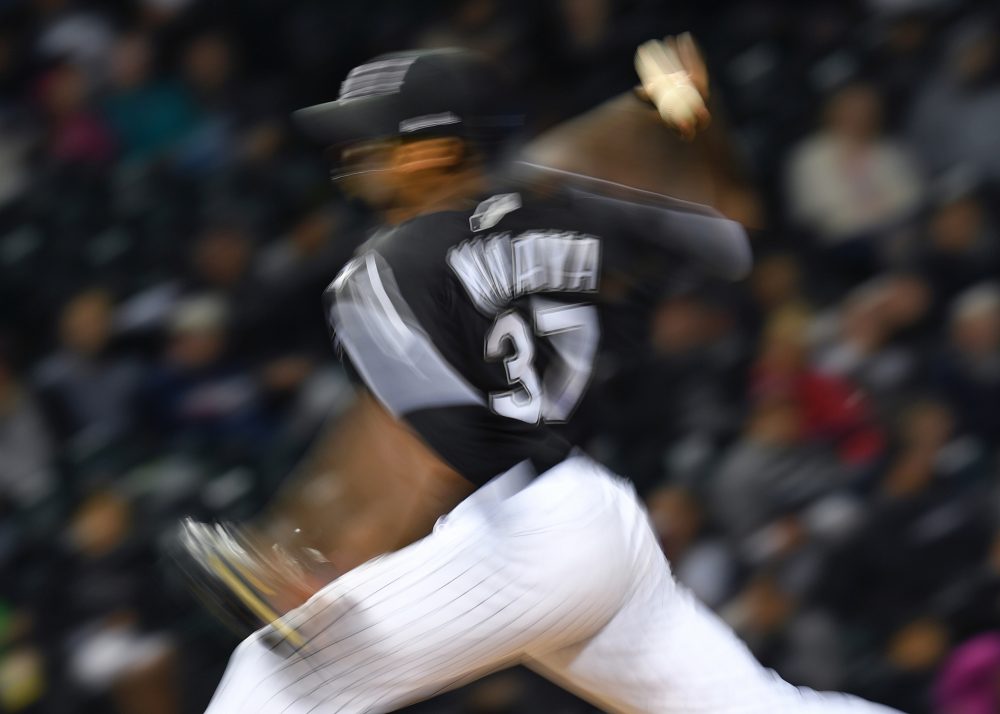 As 2017 has drawn to a close, we’ve used the holiday week to highlight some of the quality work of our writers and staff at Baseball Prospectus. In that same vein, the new year is a perfect to recognize the great work done at our local affiliate sites as well. As you celebrate the final holiday of the holiday season with your hot beverage of choice, read some of the great work you might have missed over the past 365 days.

Why are Blue Jays Fans Masochists?

Rachael McDaniel delivers the magnum opus of the psychology of fandom, applicable to just about any team in any city. Her detailed research even reaches a surprising conclusion: that there are ways in which we fundamentally misunderstand, as fans, what fandom is all about.

Russell Martin on the Art of Pitch Calling: A Masters in Communication

The development of pitch framing quantification and a better understanding of catcher defense were some of the landmark discoveries of modern Baseball Prospectus, but there are elements to the craft that are still beyond our purview. Joshua Howsam combines statistical analysis with the process of Martin himself to explore the gray areas of catching, and what makes Russell so great.

The Fly Ball Revolution Has Arrived in Toronto

As pitch framing was to 2014-5, launch angle was to 2016-7, and Elie Waitzer employs batted ball data to see how the Blue Jays have adjusted to Josh Donaldson‘s leadership in rejecting ground balls.

Author Sergei Burbank burst onto the scene with this masterpiece: two parts personal history, one part baseball travelogue, and one part spiritual reflection. Any attempt at summary beyond this is useless. Just right click and open new tab.

How Michael Conforto Proved His Sophomore Slump to be Just That

The 2017 New York Mets weren’t exactly a franchise teeming with with happy stories, but this was the best of them. Adam Kaufman dug into what changed, and what just appeared to have changed, between the man who couldn’t get starts ahead of Jay Bruce and the same man who led the team’s offense this year.

The Return of Jeurys Familia

Sara Novic tackles the topic of Familia, who returned to the Mets after a strange15-game suspension for domestic abuse: a new punishment for MLB, and one served in full, and yet a disappointing one. The question Novic asks is: now that the bar is set, where do we go from here?

How The Cubs Kickstarted Advanced Statistics

It’s always Branch Rickey this, Branch Rickey that. But resident BP historian Mary Craig dove into the role of one Cole Griffith, who not only pioneered statistical usage in baseball, but also presaged the very modern phenomenon of mental coaching in the big leagues.

Before Epstein and Maddon, There Was Dallas Green

Before Theo’s Cubs Way, there was another way, a surlier one: Dallas Green‘s way. Zach Moser looks at an era of Cubs baseball that had promise and direction, even if things didn’t quite turn out the way one would have hoped.

Jon Lester has always been one of those pitchers who seems to be a little more than the sum of his parts, and Darius Austin employed BP’s new pitch tunnels research to find if that deception was rooted somewhere halfway between the mound and home plate.

The Promise of New Beginnings

April is a time for optimism around the league, but sometimes that optimism is extremely prescient. Yankee fans will enjoy Andrew Gargano leading them through the dream of “what if it went right,” especially supplied with the dramatic irony that, yep, it all pretty much did.

Did Gary Sanchez begin his career with more of a bang than Aaron Judge?

It seems crazy that a player with the kind of pedigree and early production as Gary Sanchez could be overshadowed, but that sort of thing happens sometimes when you’re playing in New York. Martin Alonso takes to the numbers to find out who really had the more impressive start.

Signs the Red Sox Should Have Stolen

Few stories were as bizarre as the Red Sox Apple watch sign-stealing fiasco, and not just because someone found a way to make the apple watch useful. Martin Nolan looked at the game and broke down all the missed opportunities they could have taken advantage of with that illegal tech.

Against the Austerity Ideology

If you had to name a single transformation in the sports landscape of the past half-decade, it’s the ascension of the tanking model of roster construction. Jack Moore takes a critical eye toward the philosophy of losing for the sake of winning, and turns to the Brewers, who refused to race to the bottom.

Before Disco Demolition Night there was Ten-Cent Beer Night… but before the Cleveland fiasco, there was actually another Ten-Cent Beer Night. Sean Roberts looks back at a single night in 1971 and reveals what happens when cheap beer and bad baseball mix, and what somehow didn’t.

Colin Anderle digs into one of the most enigmatic and promising members of the new young Milwaukee Brewers, erstwhile Top 100 prospect Josh Hader. Anderle looks at his struggles in Triple-A, his midseason bullpen redemption, and four paths the story could take from here.

Chris Sale, Felix Hernandez, and the Road Not Taken

We’ve been taught to bemoan the spectacle of the local hero, dressed in suddenly foreign colors. But in the modern game, not only is it a reality, it’s often a virtue for teams to show restraint in their nostalgia. Mark Primiano compares the sad plight of Felix Hernandez, Permanent Mariner, with the White Sox of the post-Chris Sale era.

It’s not quite the Fernando Rodney Experience, but Nick Shaeffer looks at what happens to prospects who stop being prospects, and never quite become anything else. Davidson still has a chance to make something of himself, but even if he doesn’t, he promises to keep from going down quietly.

Leury Garcia Making the Most of his Opportunity

It feels like far more than a year since we lost Yordano Ventura. The BPKC staff collected to share their thoughts and feelings about the fallen star.

The lightning-fast, stickless Gore is one of the most interesting players in the game, and Clark Fosler engaged in equally interesting research to discern how, exactly, the Royals could optimize his unique characteristics.

One Final Time Around the Bases

It’s rare to have a sports franchise conclude its narrative arc so neatly, and so clearly ahead of time, as the 2017 Kansas City Royals. As its stars (probably) head off to continue their own stories, editor Craig Brown takes a moment to appreciate the happy tale before the next chapter begins.