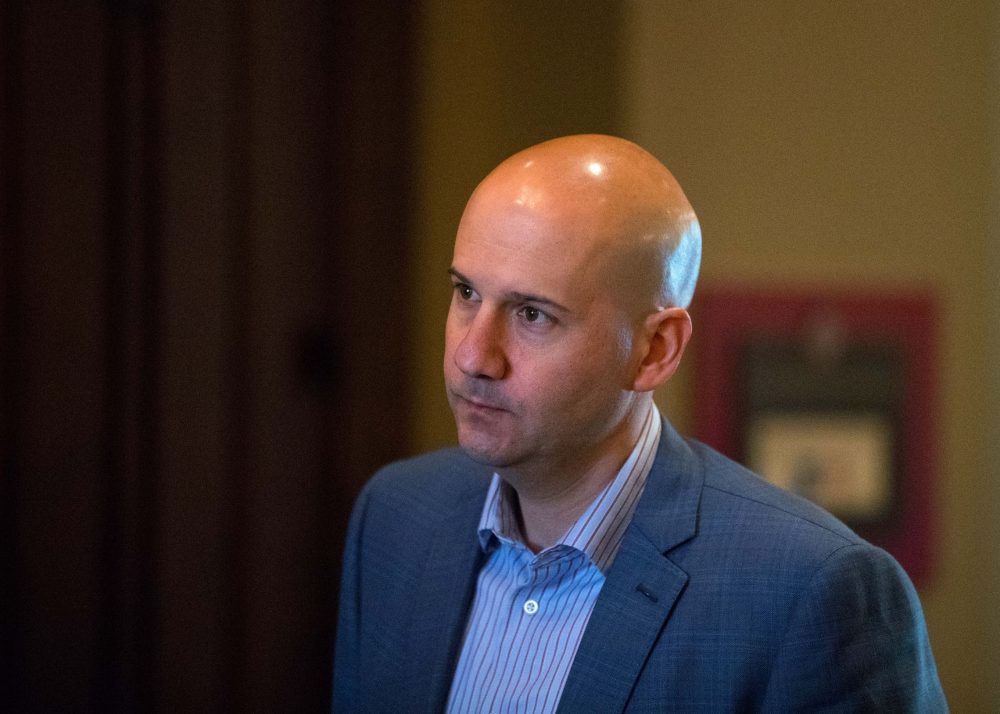 Last week, the Braves lost a dozen July 2 signings from 2016 and 2017, all notable six- or seven-figure bonus players, including the system’s ninth-best prospect Kevin Maitan. They also had their contract with Korean prospect Ji-Hwan Bae voided, were banned from signing top 2019 prospect Robert Puason, had significant restrictions applied to their international signings until 2021, and lost a third-round draft pick as punishment for various infractions in the international and domestic amateur markets. On top of it all, ousted general manager John Coppolella was declared permanently ineligible, a harsh penalty for a 38-year-old who was considered a rising front office star just a few months ago.

Mostly, the Braves and Coppolella got caught manipulating and under-reporting signing bonuses to avoid system penalties agreed to by MLB and the MLB Players Association for overspending signing bonus pools. But in the course of discussing these infractions, longstanding rumors about the Braves cutting deals with future July 2 prospects more than a year ahead of time were functionally confirmed with an official finding that the Braves had already cut a deal for the 2019-2020 signing period with a 14-year-old Haitian player.

It might surprise you—given how everything in baseball is so precisely negotiated and worded—to learn that there’s no direct prohibition in the Collective Bargaining Agreement for teams verbally agreeing to terms ahead of the July 2 signing period. However, implications within the CBA, plus the last known release of the Major League Rules under which MLB fills in the spaces of the CBA, certainly heavily implies such deals are illegal. For starters, Attachment 46, Section H of the 2017-2021 Basic Agreement states:

No Club or player (including their designated representatives) may enter into any understanding, agreement, or transaction, or make any representation, whether implied or explicit, that is designed to defeat or circumvent the provisions of the International Amateur Talent System. Any Club (or its representatives) that is found to have engaged in circumvention or attempted circumvention will be subject to sanctions by the Commissioner, including fines, suspensions, non-approval of the transaction(s) or contract(s), and loss of future signing rights.

This is a catch-all provision, and the one on which the Braves got crushed the most. The section then continues with a non-exclusive list of circumventions, such as side agreements with players, side agreements with trainers, and promises of promotion to the majors or a second contract—a number of things to watch for in the Shohei Ohtani negotiations, basically.

MLB has, to the best of my knowledge, not released a copy of the Major League Rules that covers rosters, contracts, and other off-field dilemmas since 2008 (this document is not to be confused with the annually released MLB Official Baseball Rules, which cover on-field issues), but the 2008 version of Major League Rule 3(e)(1) is pretty clear that you can’t have these months-to-years-long standing verbal agreements:

The second part of Rule 3(e) goes on to note that an official written contract must be filed with the league within 20 days of a verbal agreement. Assuming that is still the rule, a verbal deal for July 2 agreed to on the prior June 21 might be kosher and even binding, but not one agreed to six months or two years ahead of time.

Dominican prospect Christopher Torres is a good example of what happens to these kids when early agreements go awry. Torres was not eligible to sign until July 2, 2014, yet then-Scout.com writer and current Braves scout Kiley McDaniel reported well ahead of that date that the Yankees were expected to sign him. On June 12, Andy Martino and Mark Feinsand of the New York Daily News reported in unusually blunt fashion that the Yankees had reached agreements with three July 2 prospects, including a deal with Torres worth “approximately $2.6 million.”

July 2 came and went without Torres officially signing, and about a month later his agent revealed that the Yankees had backed out of a deal (actually worth $2.1 million) that was agreed to in October 2013, nine months before the Yankees were allowed to actually cut the deal. After agreeing to the deal, Torres stopped working out for other teams, moved in with a Yankees scout, and started exclusively working out at the Yankees’ academy in the Dominican under the direction of Yankees personnel—effectively becoming a full-fledged member of the Yankees organization eight or nine months before he was allowed to even sign.

Torres suffered an arm injury in June, and the Yankees subsequently pulled out of the deal, and then despite the multiple pre-existing industry reports and a series of events that only made sense if there was a done deal, denied that there was a deal or even an offer at all. Torres was forced to go back, hat in hand, to the Mariners—the team that had finished runner-up in the original bidding, but had already given the pool room from the original offer to other players—and take whatever they were able and willing to give him, which was $375,000.

Torres, who is currently afforded little-to-no protection on labor issues from the MLBPA (or anyone else) as a Dominican signee to a minor-league contract, took his case to MLB. MLB sided with the Yankees, since the league is nearly always going to side with a team in this kind of labor issue, leaving Torres with no recourse except to publicly shame the team, which went over about as well as you’d expect. Torres had a fine but non-notable 2017 season for short-season Everett, and it’ll be years before we know whether he has a MLB future or if that one shot with the Yankees, agreed to at 15 years old, was his only shot at a life-changing payday.

Interestingly enough, the commissioner’s statement on the Braves/Coppolella matter does not directly penalize the Braves for signing underage players. Although prospect writers such as Keith Law and McDaniel—later hired by Coppolella—had reported in mid-2015 that Atlanta would sign Maitan on July 2, 2016 for exactly the $4.25 million he ultimately signed for, and although Maitan had been less than discreet about his intentions on social media, Maitan was actually declared a free agent as a result of retroactive pool-busting penalties from the 2015-2016 signing period.

The closest thing to a penalty for an underage signing stemming from the recent Braves affair was the sanctioning for an illegal agreement to sign Haitian Robert Puason—who is just 14 years old today, months later—as part of Atlanta’s 2019-2020 July 2 class. But the league office was clear that the penalties were for more than just the Puason deal itself, as they found Puason to be a part of a larger “package” deal, similar to what the league nailed the Red Sox on last year. It’s not clear at all whether the league would’ve punished the Braves for the Maitan and Puason deals being struck over a year early were it not for the additional extenuating circumstances.

So while it’s clear that the league is admirably continuing to try to clean up the Latin American signing process, it’s also clear to the 28 other relevant teams—sorry, Orioles fans—that MLB isn’t turning its guns on the “standard” illegal deals where everyone expects the verbal commitments of 13-15-year-olds to be binding. If you get caught packaging players, manipulating the international cap, or skimming bonuses, the league will come after you. Hard. But if you’re just doing the standard deals with players months or even years early, so far you’re safe from the league’s scrutiny. And that’s still wrong.

There are good reasons to limit amateur signings to 16-year-olds and not 14-year-olds or even younger. Players from Latin America already suffer from educational and economic disadvantages that are baked into the system. Do you really think a kid of that age is capable of having agency when surrounded by buscones, greedy family members, team executives trying to save every last penny in what is now a zero-sum system, and assorted other figures of what amounts to baseball’s underworld? Are we okay with what amounts to exploitation of underprivileged children because we’re raising a few of them out of poverty? These are the types of moral questions that face baseball—and us fans—as the evolution of the international market continues.