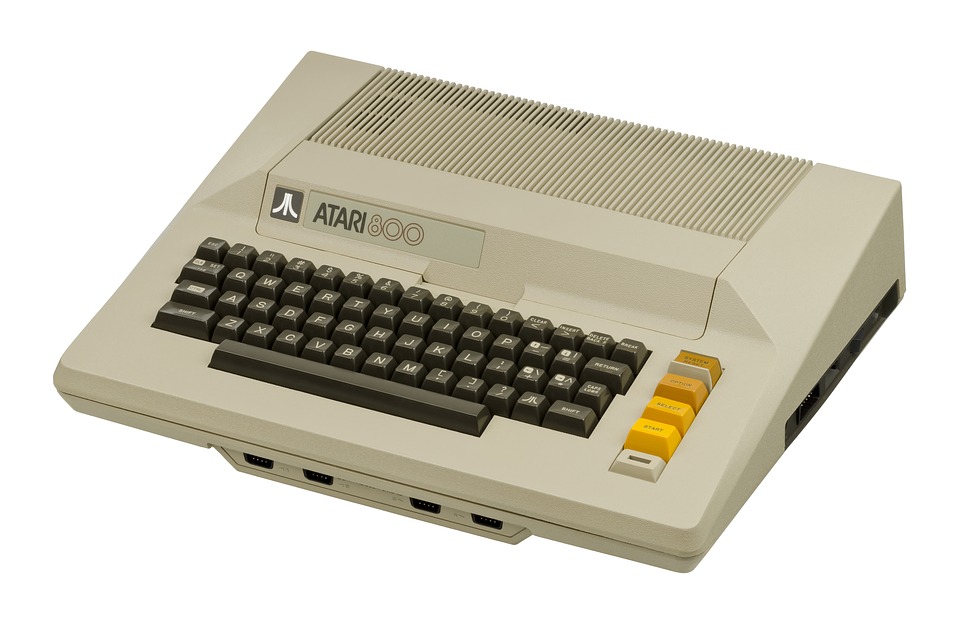 I was first introduced to the concepts behind sabermetrics in 1984. I was in first grade. My mother was taking classes to become a library technician at the local community college and a research project drew her, and me in tow, to the school library. On a bottom shelf I remember seeing an oversized book in striking Cooper Bold font with the title: Every Great Chess Player Was Once A Beginner. The book had colorful, easy-to-visualize diagrams explaining how the pieces moved, with gigantic cartoons of smug bishops with daggers tucked in vests, operatic queens in platemail dresses, and portly kings with spindly legs.

I enjoyed the pictures but was immediately drawn to the diagrams, which presented this plain-looking board game as an intricate puzzle. The back of the book contained full games, complete with annotations, which described how the game got from a symmetrical beginning to total victory and defeat. We checked out the book each week until my parents finally gave up and bought me my own. I didn’t have anyone to play chess with—my parents had no interest-—so I did what I did with so many other games as an only child in the early 80s: played against myself, transcribing the games on looseleaf paper. Until the next summer, when my father brought home a brand new Atari 400 and a cartridge: Computer Chess. I had no idea that I was witnessing what appeared to be the death of a sport.

In a sense it’s amazing that anyone still plays chess. The game has been around for more than a millennium, and more than five centuries in its modern incarnation. People were playing chess before they’d invented the thermometer, the telescope, and the equals sign. And yet somehow it hasn’t been worn out. Checkers has been solved: the game will always be drawn, if played correctly (ed. note: In an earlier draft of this piece, the author incorrectly stated that checkers was solved as won, not drawn). Connect Four took a couple of decades. Go has been broken on smaller boards; the full-size version is vastly more complex, and still doomed. Meanwhile, a chess game after three moves on each side contains more than 9,000,000 possible configurations. It’s as close to infinity as the human mind can approach, systematically.

Until the computers arrived, and then infinity didn’t seem like such a big number. And in that arrival, and its repercussions, chess proved to be somewhat of a foreshadowing of baseball. The earliest form of chess, Shatranj, arrived from India and swept into Europe with the Muslims. It was as similar to modern chess as 1860s baseball is to the game today. Many of the pieces moved differently, more limited in their powers; the queen, not yet liberated, moved a single square. Because of this, opening games were slow, shuffling affairs, with pieces moving out slowly, cautiously; the early game lacked a sense of competition, as both sides casually rearranged their troops behind their lines.

This is also true of baseball: pitchers weren’t agents but only catalysts, and batters could ask for specific types of pitches to hit, high or low. The true combat was delayed until the ball entered play. In both games, this idea of delayed competition seems utterly foreign, pastoral. Fast forward a thousand years or so: chess has moved from parlors to restaurants to having world champions. Games are transcribed in the newspapers. The style of the day is unscientific, reckless, romantic. It is the era of the Evergreen Game. Sacrifices are offered without careful thought, and gambits are accepted out of a sense of decorum. It’s a time of swashbuckling and brilliant finishes, not because the game is played better but because it’s so rare for anyone to see through the fog of the future, calculate more than a few moves ahead. The great attackers, like Morphy and Spielmann, have a sort of intuition of when to strike, but many games are about broken sieges as crippling blows.

So too, with baseball in the post-deadball, pre-modern era, with its golden age of heroes. It’s managing, and strategy like bunting and hit-and-runs that are performed out of a sense of noble duty. It was an exciting time because it seemed limitless; there were patterns and rules, but we didn’t see them. Instead the arm injuries and the breakout stars and the clutch moments seemed like magic. The “fall” of chess didn’t come with computers, really. It began nearly a hundred years ago with a Danish master named Aron Nimzowitsch. Never a champion himself, he however built a philosophy that changed chess forever: he saw in the pieces their potential energy, rather than their kinetic energy. A piece was as powerful as the things it could do. Threats, not attacks, won chess games.

At first this created an exciting new era for chess, just as Bill James and Michael Lewis uncovered new possibilities in how to evaluate baseball. Hypermodern openings concentrated not on dominating the center by overrunning it but by controlling it from long range, remaining flexible, luring opponents into over-advancement and vulnerability. But as the full implications of this thinking played out, the game transformed. Positional chess caught up to tactical, attacking chess. No longer was a position just favored by the stronger side: there were these fractions of temporary values, initiative and space, that were just as important.

Chess became defensive, plodding, careful. Champions like Botvinnik and especially Petrosian won through iron-tight defenses and methodical, constrictive approaches focused on converting small advantages into definitive victories. Chess of this era perhaps most closely aligns with the early, pre-computer era of sabermetric understanding: Pete Palmer, Earl Weaver, and the three-run home run. It was a time of rejecting, very slowly (because baseball, unlike chess, involves far more than just the will of its leader), the customary demands of a practiced game, an understanding that the aesthetic ideal of a sport and the truest path to victory are rarely aligned. Then, everyone’s Ataris arrived, and everything changed.

Even before the IBM-constructed Deep Blue faced off against world chess champion Garry Kasparov and won, computers made their mark on the game. What they lacked in style and improvisational ability, they made up for in brute processing power. A chess program could take a position and play it a million different ways before settling on one with an outcome it liked. Openings were hit particularly hard by this: any last vestige of calm formality in the early moves were replaced by a thirst for any advantage. Memorization of openings went 10, sometimes 20 moves deep, and the decision of when to go “off book” became a major, often game-altering action.

This was supposed to be the end. The computers were supposed to whittle the dozens of tournament-acceptable openings down to one, openings would swallow up the midgame as the book grew longer, as more and more exchanges grew formulaic. Computers were supposed to suck the soul out of chess, then salt the earth by luring the next potential generation of players away with console video games and free-to-play apps.

So it will be with baseball, the purists often whisper. More and more of the game will be played on paper, decided before the games actually begin. They worry about the game but also about their ownership of the game, the way that baseball is prepared and consumed and processed. It isn’t so much luddism or a fear of change rather than a fear of the loss of magic: that we’ll understand too much, lose the ability to be surprised. This isn’t anti-science, because science provides invaluable results; baseball has no such virtuous purpose. A funny thing happened to chess in its death throes: it didn’t die. Though it may never earn its due as the original e-sport, the game is more popular worldwide than ever. Technology has made the game not only easier to play, but easier to play against people thousands of miles away; the nascent AI of my own childhood is already obsolete in the days of internet connectivity. What does this say about baseball? Computers have changed baseball since before the day Steve Boros plugged in his Apple IIe, and every change has in it a death. But if the fear is that the data of modern baseball will someday replace or reduce the feats of the human beings on the field, chess has proven such ideas unfounded. Deep Blue may have ultimately beaten Kasparov, but it did not take the game from him. Instead, the computers just supplied chess with another layer, just as the underrated aspects of physical endurance and psychological combat (witness the mastery of Bobby Fischer) that already complicated and enriched the game of chess.

So too will it be with baseball. Like chess, baseball has always had its data; the sport becomes more interesting as we understand how that data is recognized and manipulated. We have emerged from the era of the organization and moved into the era when the data is being used by the players themselves. What we’ll have in the end is the same drama, the same prowess, but with a greater understanding of the how and why of what happens before our eyes. There will still be the unexpected, the magical: it’ll just be at the subatomic level, the preparation and the practice. Deep Blue didn’t kill chess because the next step was to create teams: man and computer together, there to shore up each other’s weaknesses. The computer was able to calculate probabilities of minute advantage; the human there to prevent predictability, instill an all-important element of creativity. This is another element where baseball has aligned with chess. While Moneyball championed the idea of the single visionary, the genius CEO model, teams are now growing outward, not upward.

Teams have brought in specialists of different realms: it’s not just an army of Python-wielding interns anymore, but doctors and psychologists and translators. They’re creating a neural network greater than any one person, or machine. And that’s why, even in a post-heroic GM era, fans will still probably continue to take a team-centric attitude toward sports: because of the creativity, the artistry that weaving a team together requires. Not that athletic performance doesn’t share that same humanity; it’s just that, in the instant of the ball crossing the plate, it’s so much harder to see.

Until the data pulls back the fog from this, too, and we grow to understand the crucial actions that happen while we’re blinking. Or at least until e-sports swallow up physical endeavor, and championships are played out through Twitch via MLB The Show 46. But even then, we’ll still have people at the controls. It won’t be so bad.

You need to be logged in to comment. Login or Subscribe
Jim Robbins
I love both baseball and chess. While the new trends have not impeded my enthusiasm for either, I am knocked out by the authors thought process and grasp of history. This is one of the best articles I have ever read. Well done!
Reply to Jim
Richard Mueller
Agree with Jim Robbins. Well done, Patrick.
Reply to Richard
richard carter
Really great, creative idea; hope you are right, Patrick!
Reply to richard