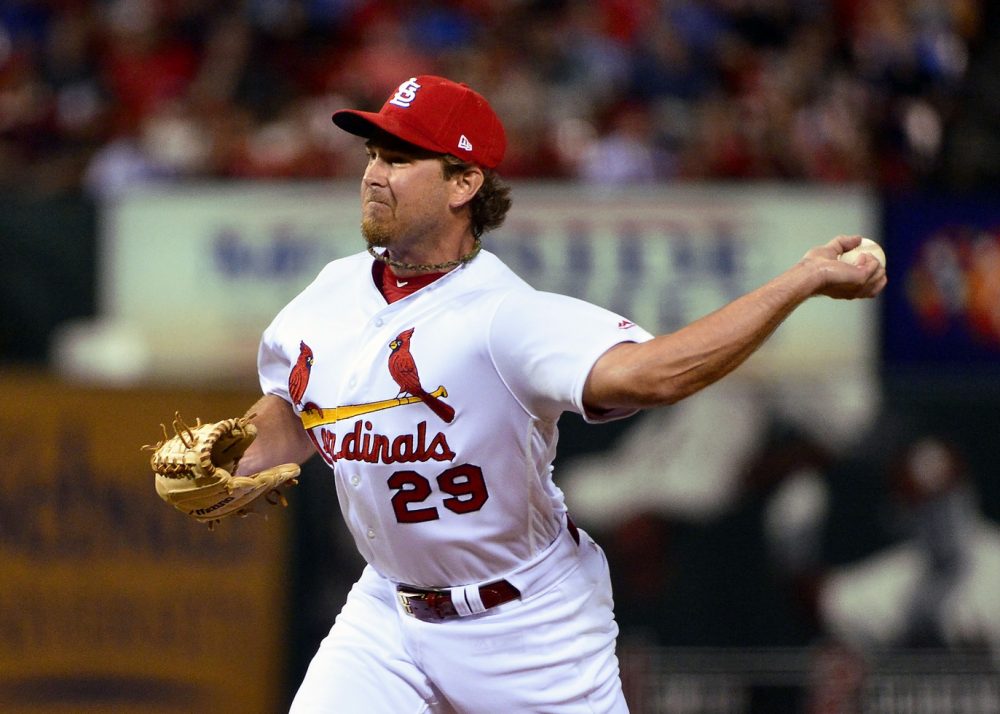 Zach Duke made his MLB debut in mid-2005, and the 22-year-old top prospect went 8-2 with a 1.81 ERA in 14 starts for the Pirates. He then spent the next five years failing to live up to the hype created by that impressive first showing, instead settling in as a soft-tossing back-of-the-rotation starter for some awful teams. Duke went 37-68 with a 4.80 ERA in 159 starts for the Pirates from 2006-2010, striking out just 447 batters in 880 innings while allowing opponents to hit .310 with a .472 slugging percentage. The left-hander spent five seasons as a full-time member of Pittsburgh’s rotation and never had a winning record, an ERA below 4.00, or an opponents’ average below .285.

Traded to the Diamondbacks for little in return following the 2010 season, Duke continued to struggle, spent significant time in the minors, and was let go by four organizations in the span of three years. At that point he was 30 years old with a career 4.57 ERA and twice as many hits allowed (1,319) as strikeouts recorded (565) in 1,086 innings. He signed a minor-league contract with the Brewers in January of 2014 and made the full-time transition to life in the bullpen, dropping his arm slot and snagging a surprise spot on the Opening Day roster as a middle reliever. Duke threw only slightly harder working out of the bullpen, topping out in the low 90s, but the new sidearm delivery and a decision to ditch his four-seam fastball and changeup in favor of sinkers, sliders, and curveballs saved his career.

Duke appeared in 74 games for the Brewers, posting a 2.45 ERA and 74 strikeouts in 58 innings, including a sub-2.50 ERA in five out of six months. He ranked among the league’s top 10 in both strikeout rate and ground-ball rate, dominating lefties and more than holding his own against righties. While his 2014 success came out of nowhere—Duke’s strikeout rate of 31.1 percent was nearly three times his career rate of 11.9 percent—he quickly turned a lot of people into believers, finishing the season in a high-leverage role. That offseason Duke signed a three-year, $15 million free agent deal with the White Sox, securing his first big payday at age 32.

He avoided turning back into a pumpkin, posting a 2.88 ERA and 134 strikeouts in 122 innings over the next two seasons, first for the White Sox and then for the Cardinals. However, after appearing in 74, 71, and 81 games beginning in 2014—a three-year total of 226 that led all MLB lefties—his elbow gave out. Duke underwent Tommy John surgery shortly after the 2016 season, with the assumption being that he’d miss all of 2017. Instead, he rehabbed at a remarkable pace and returned to the Cardinals’ bullpen in mid-July, months ahead of even the most optimistic recovery timetable. Duke’s strikeout rate dipped to 16.2 percent, compared to 26.4, 25.9, and 31.1 percent during the previous three seasons, but he was still effective and durable while holding opponents to .197/.284/.364 in 27 appearances.

Returning months ahead of schedule and pitching pretty damn well when he was supposed to be on the disabled list is impressive, and no doubt made it easier for Duke to shop himself as a free agent, but it’s unclear if that actually gives his elbow better odds of holding up going forward. And while his success as a reliever has always been based on deception and movement rather than velocity, Duke was missing a couple miles per hour on his sinker and some bite on his breaking balls following the abbreviated rehab process. In theory his raw stuff should gradually return as surgery disappears from his rear-view mirror, but at age 35 that’s certainly far from a sure thing.

Still, for a one-year, $2 million commitment, Duke can provide the Twins with a nice return on a modest investment even if he never quite gets back to his 2014-2016 heights. And if he does pick up where he left off before going under the knife, Duke could prove to be a huge addition to a bullpen that desperately needs reliable late-inning options to support the rest of an up-and-coming roster. Duke’s arrival likely pushes left-hander Taylor Rogers down the depth chart and into a middle relief/specialist role, which makes sense after Rogers predictably struggled last season when regularly asked to face right-handed hitters as a high-leverage setup man. (In addition to his excellent work versus lefties, Duke held righties to .224/.322/.353 from 2014-2017.)

Among all pitchers with at least 150 innings of relief work from 2014-2017, only five had a strikeout rate above 25 percent and a ground-ball rate above 50 percent: Zach Duke, Zach Britton, Jeurys Familia, Pedro Strop, and Fernando Rodney. Minnesota has signed two of those five pitchers this month, with the 41-year-old Rodney taking over the closer role on a one-year, $4.5 million deal and the 35-year-old Duke sliding into a setup role on a one-year, $2 million deal. Sidearming right-hander Trevor Hildenberger, who had a strikeout rate of 25.9 percent and a ground-ball rate of 58.8 percent as a rookie in 2017, will handle setup duties alongside Duke, potentially giving the Twins a trio of bat-missing, worm-killing relievers for a combined cost of around $7 million.

None of that will matter much if Rodney and/or Duke break down or simply cease being effective, and they’re certainly both at risk for that, but during an offseason in which the going rate for solid but unspectacular younger setup men is a multi-year deal worth $7 million or more per season, the Twins have found solid value. Whether they’re actually better off having avoided any of those sizable multi-year commitments is up for debate, particularly given the quality and depth of this offseason’s free agent reliever market, but the Twins’ plan seems clear and reasonably sound. Paul Molitor will mix and match sidearmers Hildenberger and Duke in the seventh and eighth innings and hand ninth-inning duties over to The Fernando Rodney Experience™, with Trevor May perhaps eventually providing a high-velocity jolt in his own return from elbow surgery.

You need to be logged in to comment. Login or Subscribe
Drew Corbett
I never realized that Fernando Rodney was that much of a ground-baller. Hopefully that skill will age gracefully this season, but I don't know if anything about Fernando Rodney's career has been graceful. Still, it seems possible that he's made some sort of positive change lately because his SwStr% has been pretty high the past two years and his GB% has also risen.


This was a cool writeup about Duke, who I knew almost nothing about since his excellent rookie season. Those 18 IP last year were serviceable, but that 16.2 K% is pretty terrifying. If he can get swings and misses out of the zone again, then he could be a nice addition to the Twins' BP. I like that there is virtually nothing to lose in this signing, and I hope that these cheap BP additions can give the Twins more $ to throw at Darvish. I have no idea what might happen with Darvish at this point; I've heard nothing except that a number of teams have met with him.
Reply to Drew