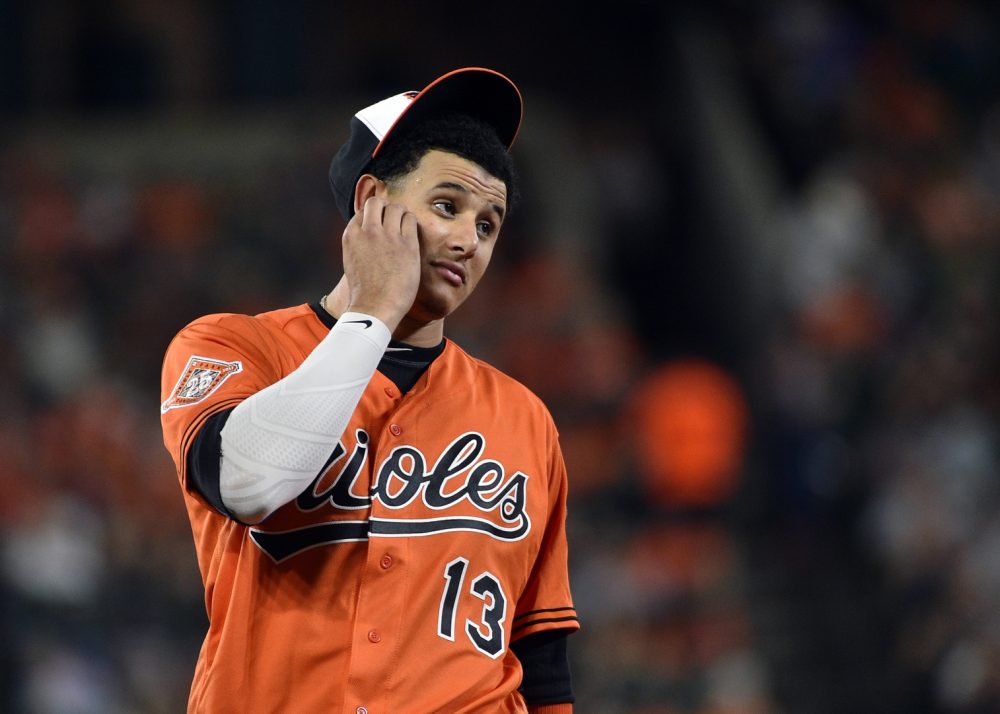 Here’s a hot take: the Yankees are going to be good. I know, I know. Craziness. But it’s just this feeling I’m getting in my bones, like the feeling an old pirate gets in his hip when there’s a storm coming over yonder horizon, aye. There’s just something about this team that screams contender. What it is I’ll never know. It’s not like they’ve made any big 6-foot-6 acquisitions with 80-grade power or anything.

In lieu of that, the Yankees are reportedly nearing a trade to add Gerrit Cole to their rotation. Talks between the Yankees and Pirates had cooled off, but they appear to be back on now with Jeff Passan of Yahoo Sports saying that a trade is likely to get done. The Pirates are apparently “motivated” to move Cole off the books, and the Yankees would like to add to the middle of their rotation. Cole represents a good upside play if he’s healthy, despite an atypically bumpy 2017 season.

A trade for Cole would likely center on Clint Frazier, who has been largely frozen out of playing time in the Bronx at the moment due to the acquisition of Giancarlo Stanton. Frazier is obviously a robust talent, and would appeal to the Pirates. Pittsburgh is reportedly asking for Gleyber Torres, but one has to believe that’s just a negotiation tactic.

Remember all that stuff about Manny Machado getting traded? No dice, apparently. Bob Nightengale of USA Today says in a pair of tweets that the Orioles and the teams that were pursuing Machado expect him to at least open the season in Baltimore barring a sudden shift in his market. There’s still a lot of offseason left, of course, but a Machado trade was always a dicey proposition.

Baltimore is going to have a hard time competing in the AL East this year, and would surely get something nice for their superstar third baseman. But the team receiving Machado would have to believe that whatever they give up for him would be worth just one year of Machado’s services in case they aren’t able to convince him to sign an extension before he hits free agency next winter. Machado would need to serve as a piece that puts a team over the top, rather than as a building block, and the Orioles would need to be wowed by the return to be able to sell their fans on trading the face of the franchise.

Again, there’s still a lot of time before spring training opens, but Machado may be more of a trade deadline proposition at this point. It’s hard to see him staying put if the Orioles are floundering in July.

In case you’re not yet tired of hearing about the Mets and money, Joel Sherman of the New York Post reports that they want to lower their payroll by about $20 million. That’s why the team hasn’t done anything more than sign Anthony Swarzak and put out a few “we tried” statements on guys like Carlos Santana and CC Sabathia. In fact, the Mets may yet move someone like A.J. Ramos to free up more money to make a reunion with someone like Jay Bruce or Neil Walker more feasible.

Sherman says that the reduction in payroll is reflective of the Wilpons’ lack of confidence in the team to contend, but really the team is only going to go as far as ownership allows it to. There’s still some talent to be found on the Mets, especially if starters like Noah Syndergaard and Jacob deGrom stay healthy. Bringing back Bruce should be just the first step of many. The Mets can make low-cost additions (Logan Morrison, a depth starter, etc.) in addition to Bruce and perhaps take a gander at a Wild Card spot.

Instead, the Wilpons seem fit to throw up their hands and consider waiting out the market. We all know what the deal is here. Until the Wilpons are ready to get serious about long-term contention in a major market, we can expect more and more reports like this. And really, don’t hold your breath.

You need to be logged in to comment. Login or Subscribe
Joseph Dolney
I fail to see how the Pirates are motivated to move Cole. He is under team control for 2 seasons and could be traded in July if they are out of contention. The two sides keep talking though so a deal may get done. The AJ Burnett talks lasted around 2 weeks before the deal was finalized. The Pirates need to get a good return for Cole and the Yankees can't find a starter with the combination of stuff and low cost.
Reply to Joseph