It takes a lifetime to really know yourself. It’s a funny trick that being human plays. We’re constantly changing, growing, getting stuck. We aren’t ever entirely the same for very long, and yet our happiness often depends on us knowing something of ourselves. I guess we get glimpses. We can reflect; follow our feelings. We can, as a therapist once told me when I was an angry little girl sorting through someone else’s divorce, use our emotional tool boxes.

Those glimpses let us see our less savory traits. Maybe we get a bit mean when confronted with criticism. Maybe we hold on too tight to folks because others have held us too loosely. Maybe we work too much.

Following the recent Dodgers-Braves trade, Joel Sherman brought my attention to an odd little rule I didn’t know*. Rule 10(c)(1)(B) of The Official Professional Baseball Rules Book (a distinct tome, separate and apart from the Official Baseball Rules) states that with respect to waiver periods:

What a terrific use of an emotional toolbox. The baseball season is long and grinding. Our expectation is that everyone, from executives to scouts to players, will be all about ball. The off-season is a chance to rest, to recharge. You shouldn’t want to work on the weekend. Except maybe your thing is that you’re inclined to work too much. Maybe that’s how you inconvenience others. Maybe that’s how you damage yourself. But that’s where your toolbox comes in; you intervene on yourself. You make up a rule that you can’t, in case you try to convince yourself that you should.

We struggle to know ourselves our whole lives, but we aren’t entirely left in the dark. That little bit of light lets us be happy. It uses our toolbox. It saves our Saturdays in December.

*SR’s own Emma Baccellieri did some worthy reporting on the subject for Deadspin. 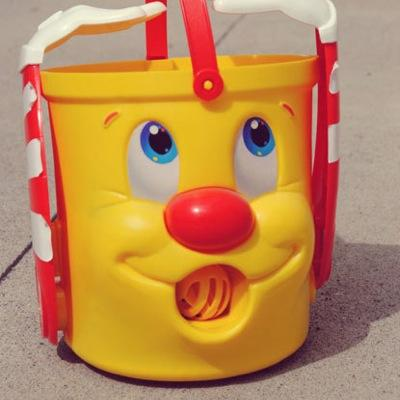 So many kids are going to be disappointed this Christmas by only getting clothing, books, and socks, which are a type of clothing. And rightfully so. Then you have video games which just destroy the mind with their unimaginative linear plot line and polished graphics. Too polished for my taste. Not enough creativity. Absolutely no challenge.

Everyone’s going to want a family board game. This one is for all ages. But it’s going to draw in the young kids’ attention for sure. The entire family will enjoy it too, spending a quality family night sitting around the bucket. This is way more fun than a Nintendo Switch. You know that thing is going to be outdated by, like, June. Mario lost the Princess again? Big surprise. Ol’ Buck never loses his pieces in another castle.

I mean, look at this guy. Doing everything he can just to help the toy chest, and the mouth continuously spilling them out is a feature, not a bug. He’s a great team player, and the team can’t play without him.

What’s that? The price? We’re looking for $100 million easy. It’s going to go for that price. Years isn’t an issue; you’re going to give this to your kid, and that kid will hand it down to their kids. I think I just heard Build-A-Bear close down the gate. What a shame. Your options for last-minute toys are starting to dwindle. And there’s no Lego Store in this mall … yet. Maybe next year, but you know how retail goes. There are no guarantees. Sometimes you just need to purchase the bucket that’s right in front of you.

The Future Was Now

This evening, I browsed through the magazine rack of my local thrift store while my wife hunted for Encyclopedia Brown books, and ran across the hopeful, blemished face of Todd Van Poppel. 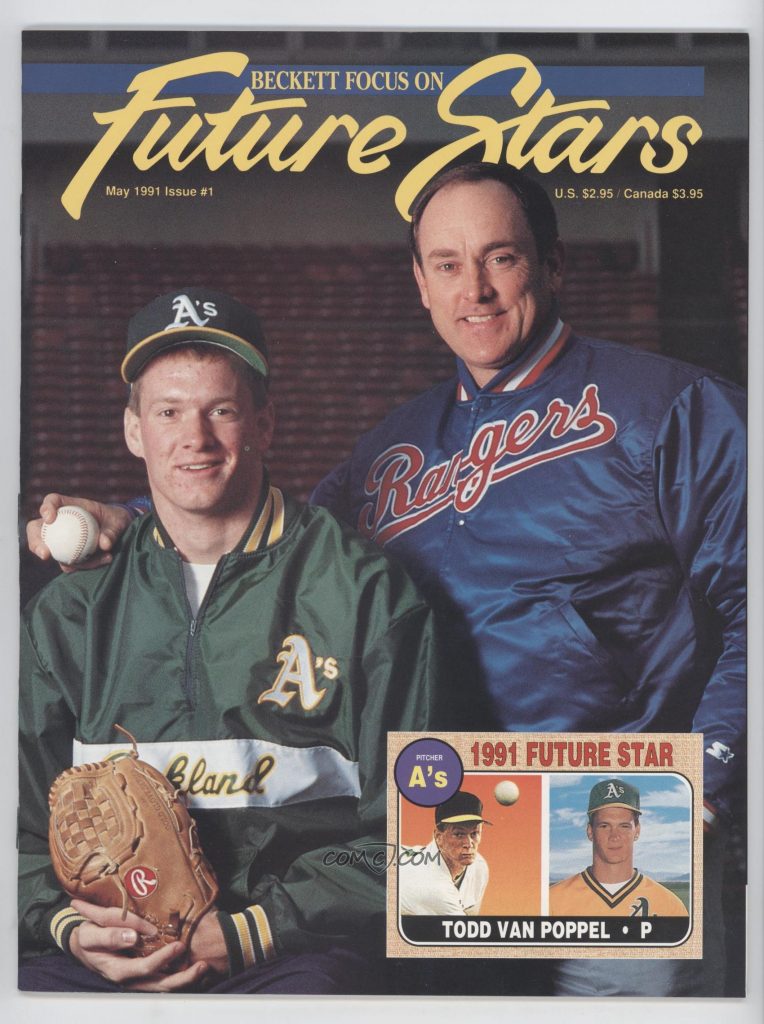 Having conquered the four major sports, and producing in a climate where baseball card interest could only ascend exponentially, Beckett rode the rookie card craze by concentrating its newest publication on the rookies of tomorrow. The inaugural issue devotes features to Van Poppel, Jose Offerman, Calvin Murray, and Mike Kelly, and offers a price guide for a formerly neglected industry of minor league baseball cards.

The magazine lasted for six years, though not quite in the same plane as its other sports price guides; contrary to the company’s best guess, the minor league card market never took off. Which is strange, because it really should have; after all, the pack of baseball cards has always been, at heart, a form of legalized gambling for children.

At first, kids could put down their nickel/quarter/dollar-seventy-nine and hope for their favorite player, or the Mantle/Mays/Canseco they needed; then, later, it was to find that hot rookie everyone was talking about. Continuing to the pre-rookie card, and combining the gambling spirit of baseball cards with wishing on prospects, should have been the logical extension. It was not. For one, Beckett picked a poor year in 1991 to start their examination of rookie crops; probably more so, kids didn’t enjoy the prospect of opening a pack of cards, then putting them away for four years to find out if they got anything good.

But in another way, Beckett Future Stars holds up surprisingly well for a publication more than 25 years in the past. Its scouting reports are short and non-technical, but they are scouting reports. Articles examine the minor league lifestyle and, freed from the constrictions of hero worship in a medium without heroes, examine the players as people with struggles and aspirations.

The card industry took its gambling in a different direction, opting the simpler and more visceral method of inserting literal golden tickets into the occasional pack. The insert craze that followed became an incurable disease that promptly decimated the hobby. But there’s an alternate universe where the collectors seeking gold would look at Low-A walk rates and scouting reports, and a generation could find another bond with their local affiliates. Like the future star on its cover, it’s a shame things worked out how they did.