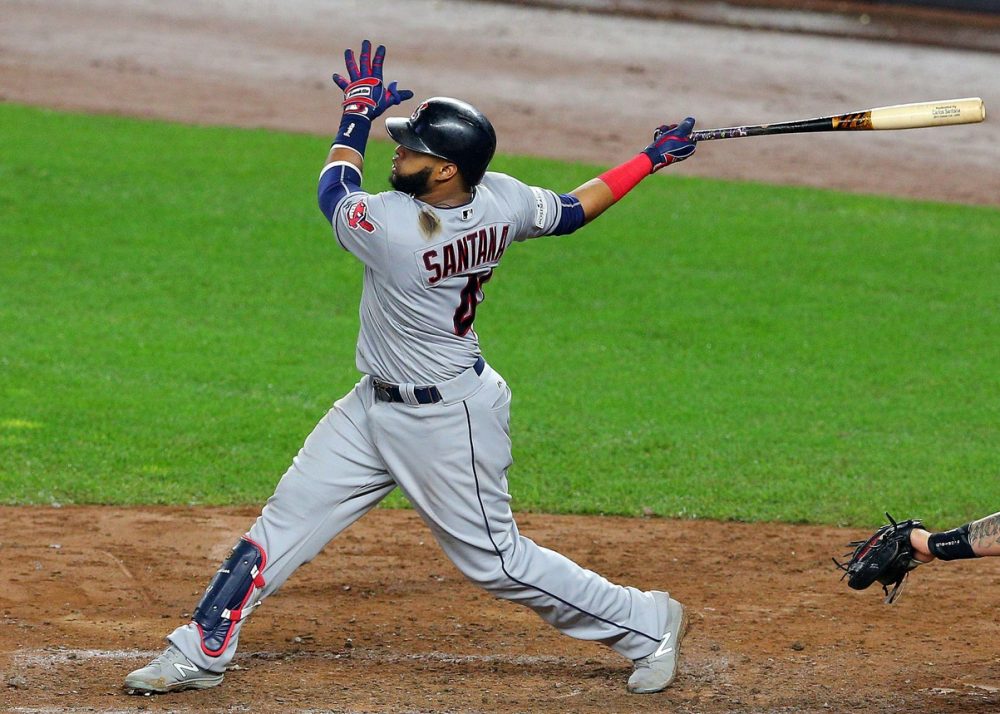 When Carlos Santana agreed to a three-year, $60 million dollar deal last week, the only surprise wasn’t the what, but the who. As the specter of the potential nine-figure Eric Hosmer price tag hovered over the first baseman market since the beginning of the offseason, Santana was considered the practical, safe alternative: the archetypal three-win player, consistent as he was valuable. The industry agreed that he would be a minor bargain, and when the rebuilding and Rhys Hoskins-equipped Phillies made the move, it only seemed to underline Santana’s predictable value.

Predictability is an underrated virtue in today’s market. As players have begun to peak earlier and teams marshall service time and contract extensions in order to allow them free agency later, free agency is even riskier a practice than it once was. Not only is Santana a model of health and remarkably slump-resistant, his skills appear to improve his odds as well. As Jeff Zimmerman noted a few years ago at FanGraphs, as the aging curve has hit players harder in the past decade, plate discipline is the one offensive facet where players still appear to age gracefully.

It certainly feels right. You look at a player like Carlos Santana, who’s been Carlos Santana for nearly a decade now, and it’s hard to imagine anything else. But there is another outcome, at least a possibility of one. The story begins with a man named Alvin Davis.

Davis is all but forgotten now, at least in 49 states, but in Seattle he’s still addressed by those who remember as Mr. Mariner. For a moribund, penny-pinching franchise intent on trading any asset before it could ask for a pay raise, Davis circumvented them by hitting 27 home runs, earning 5.6 WARP, and winning the Rookie of the Year award. He never quite repeated those heights, but his True Average for the ’80s was Santanian in its consistency: .319, .294, .281, .295, .307, .329, .301. Entering his age-30 season and his walk year, Davis’ paycheck finally on the horizon, Mr. Mariner slashed .221/.299/.335. The Mariners didn’t offer him a contract; he signed on with the Angels, sputtered through 40 more replacement-level games, and left baseball before his 31st birthday.

It may not shock the reader to learn that before Davis fell to earth, his demise was presaged by one Bill James. In his 1987 Annual, he tapped into an idea he called “Old Players Skills,” with the hypothesis being that some skills—fielding and running and slapping singles—are associated with the young and virile, while others—like plate discipline and power—tend to develop later in player’s careers. Hitters like Davis, who often arrive looking like finished products, are actually further along in the aging curve than they appear.

Twenty years later, Nate Silver reconsidered James’ theory in the light of improved comprehensive metrics, this time concentrating on a player whose 1991 season was every bit as disappointing as Davis’: Kevin Maas. Silver bucketed a group of players as having old player’s skills, by establishing the following guidelines:

Silver arrived at a list of 27 postwar candidates, with names ranging from Al Kaline to Dick Kokos. He arrived at the conclusion that this group of players did age more quickly than the average hitter, but so did players with dominantly young-player skills; balance, it seemed, was the key to graying gracefully.

As the Phillies pay for Santana’s age-32 through age-34 seasons, they’ll accept the aging curve, and at the rate they’re paying, even the accelerated one. The concern isn’t just that he’ll decline, but he’ll meet with the fate of Davis and Maas, and the wings will melt. I’ve taken Silver’s standards and updated them through the 2017 season, to see if the Old Players Skills have fared better or worse in the modern era (1988 forward):

It’s not the most encouraging list of names. There’s the lumbering first basemen, captained by its Platonic ideal in Mark McGwire, and most recently represented by Ike Davis. You have a couple of catchers, an oddly excellent pair of third basemen, and some detritus. Please ignore Chris Iannetta, whose career is useless for all analytical purposes, and focus on where the numbers stop: only half of the 12 eligible players even survived to the end of Santana’s contract, and only three maintained value (again, just don’t count Iannetta, seriously). Nick Swisher is perhaps the most familiar story on this list: five years ago, he signed what was considered at the time to be a modest, smart deal by a team on the upswing. He provided one good year and wound up being given away at the trade deadline.

(A fun fact: one name that narrowly avoided inclusion was Giancarlo Stanton, who was just a little too fast in his age-25 season to qualify, but whose feet have been equally leaden since. Names that one might have expected, meanwhile, are absent: Adam Dunn, for example, a popular old man, was remarkably sprightly for his size in his mid-20s. Almost every player, it turns out, has at least a little athleticism to give.)

Analytically speaking, there’s nothing to indicate that the end is near for Santana. His swing rate is constantly between 36 and 39 percent, his contact rate of 86 percent a hair above his career mark of 85. Every other number you can quote will look pretty much the same. If Santana is bucking any trend, it’s that his defensive value has actually increased the last couple of years as he acclimates to first base after spending years miscast behind the plate and at the hot corner. He’s heading to the NL, and a particularly pleasant division within it. If you were to bet on any player hitting his 50th percentile PECOTA projections, Santana would be your man. I think that it’s a fair and good contract, and if your team of choice had a way to give him 130 games at first base, you would have been happy to have him.

But it’s not the guarantee that many have heralded it as. There are no guarantees in baseball, especially for those born during the Cold War. There will be a day when Carlos Santana will see a good pitch, and all the usual neurons will fire and the mechanisms will perform their tasks, and the swing will be a fraction of a second late. For other players with other skills, there’s often an adjustment. For Santana, there will likely be no second act. This is who he is, until he isn’t anymore.