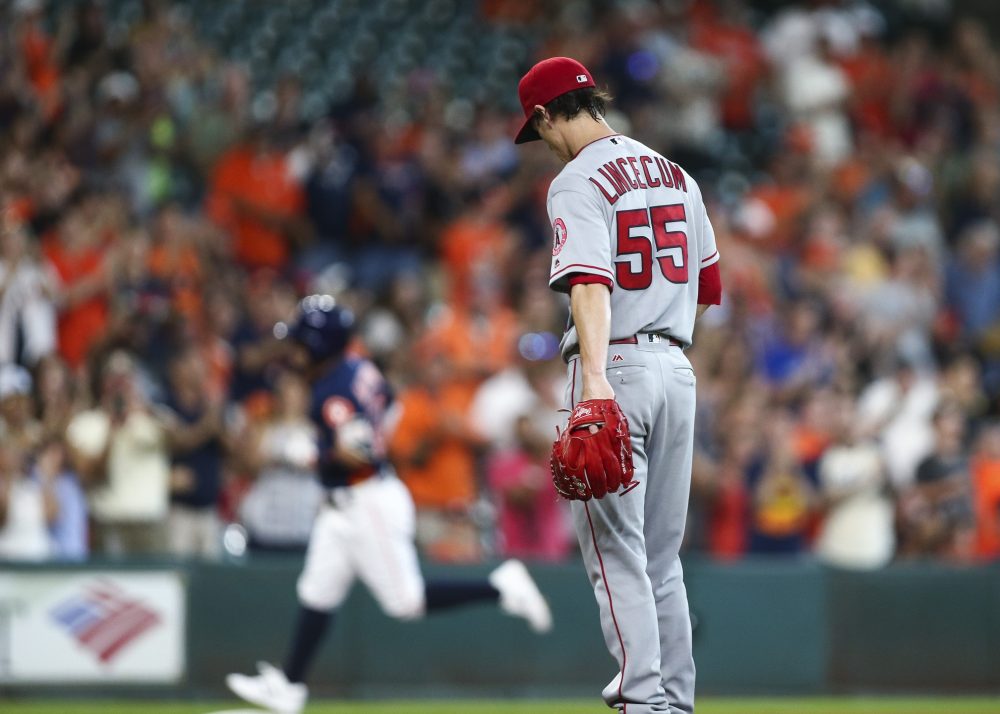 When Tim Lincecum was last in the majors, in 2016, he put up a 9.16 ERA in 38 1/3 innings with the Angels. Lincecum pitched 3 1/3 innings in his last MLB appearance, against Seattle on August 5, 2016. He have up six runs on nine hits, walked two, struck out one, and surrendered a home run to Mike Zunino. After that abysmal performance, Anaheim outrighted the two-time Cy Young winner to Triple-A Salt Lake City and it seemed like Lincecum’s career was over. He became a recluse who couldn’t be tracked down, but he never officially retired from baseball.

Then on Tuesday, a picture of a very ripped Lincecum appeared online. It was first posted on Rockies pitcher Adam Ottovino’s Instagram page. It simply said, “timmy.”

Later on, it was posted on Twitter by Kyle Boddy of Driveline Baseball, with more information about Lincecum.

It appears that the 33-year-old right-hander is looking to make another comeback. Lincecum, who won three championships with the Giants and made four All-Star teams from 2008-2011, never returned to his Cy Young-winning form after struggling in 2012. That season he finished with a 5.18RA and 4.37 DRA. His next three seasons weren’t much better and his 2015 campaign came to end thanks to season-ending hip surgery in September.

The date of Lincecum’s showcase wasn’t announced and neither was the location but the belief is that “The Freak” could drum up some interest from teams and, if things go well, he could land a minor-league contract for the 2018 season.

First baseman and former All-Star Adrian Gonzalez doesn’t cost a thing. Since the Dodgers traded him and the Braves released him from his mega contract, teams can now pay Gonzalez the league minimum in 2018 if they sign him—Atlanta is on the hook for the $22.4 million he’s owed. If someone does decide to “kick the tires” on the 35-year-old, it could work out to be one of those low-cost, possibly high-reward moves. But, maybe not. Gonzalez played 71 games with the Dodgers in 2017, batting .242 with a TAv of .230 and a -0.9 WARP. He also had more problems with his back, the same problems that have plagued him for the past five years, and if those flare up again he may call it quits altogether. Still, it seems the Mets may be interested in Gonzalez.

Sources tell Buster Olney of ESPN that the Mets reached out to Gonzalez. They’re looking for a “short-term” fill-in at first base with 22-year-old Dominic Smith currently looking like the starter. But Smith only played 49 games last season, batting .198 with a TAv of .230. He hit nine home runs and six doubles in 167 at-bats. Last week, at the Winter Meetings, general manager Sandy Alderson said that Smith was a big part of the club’s plans for 2018, so Gonzalez could be used as a safeguard in case Smith doesn’t improve upon his 2017 performance.

Now that the Red Sox have re-signed Mitch Moreland to a two-year deal, it looks more and more possible that they will be going after outfielder J.D. Martinez rather than first baseman Eric Hosmer in free agency. Could that mean Hosmer will re-sign with the Royals? Hosmer’s still linked to the Padres with whom he’s had talks, and there are certainly other teams that could also use him, but if none of those pan out could he end up back in Kansas City?

Well, a few things would have to happen. And they mostly have to do with money. Hosmer’s looking for a nice payday and Royals general manager Dayton Moore is looking to get the Royals’ payroll down to $110 million in 2018. Hosmer’s agent Scott Boras was reportedly pushing for an eight-year, $200 million deal for the 28-year-old. Hindering the market for Hosmer are cheaper first base options like Logan Morrison, who had a career-year in 2017 and who can be had for a fraction of the cost.