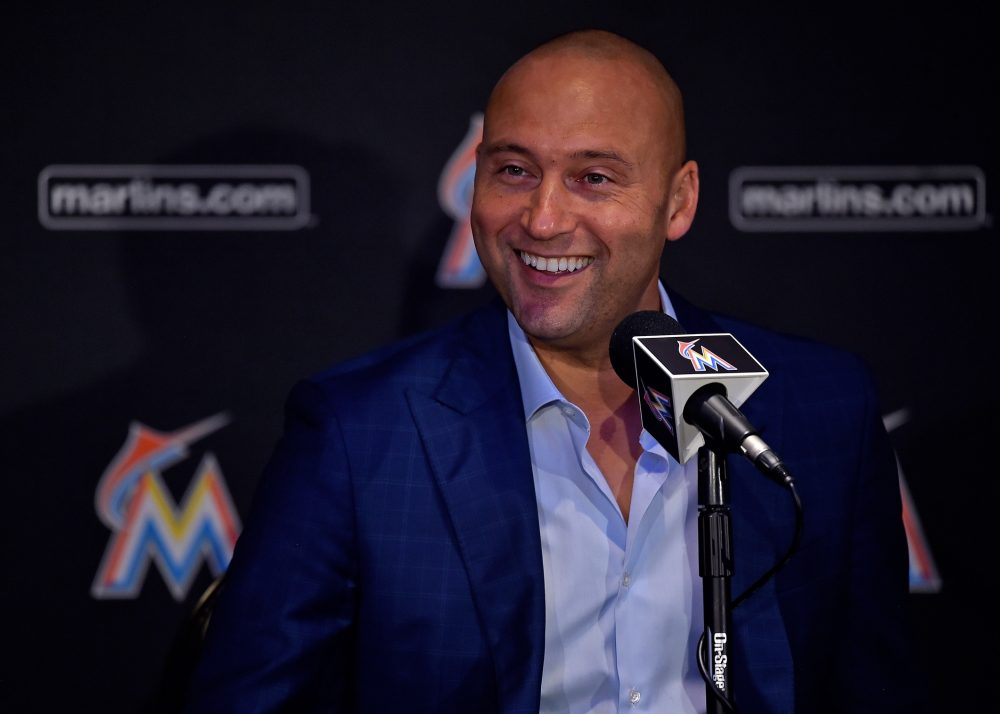 Here’s the financing for the Marlins purchase, per Forbes:

In addition, ownership has pledged the team’s proceeds from MLB’s sale of BAMTech, roughly $50 million, and an additional $50 million to cover future losses.

The preferred stock is from MSD Partners, an investment fund controlled by Dell Computer founder Michael S. Dell. In other words, MSD handed Marlins ownership a check for $90 million, and in return it received preferred shares. The shares have two features that I think are pretty interesting:

Let’s go over those one at a time. The 14 percent dividend rate is—at a time when 30-year Treasury bonds are yielding under three percent, money market accounts are below 1.5 percent, and the interest rate on your checking account starts with a zero and a decimal point—well, it’s pretty high. Really high, in fact. A big real estate investment trust, Ashford Hospitality Trust, recently issued $85 million in preferred stock, and the yield on it was 7.5 percent, just over half of what MSD is getting from the Marlins. The Marlins are paying MSD $12.6 million per year for that $90 million investment.

When a security is puttable, it means that the owner has the right to sell it (“put it”) back to the issuer at a set price. In the case of MSD’s preferred stock, they can put it back to the Marlins in 2020. And they’ll get their $90 million back. Fair enough, right?

Well, here’s the catch: If the Marlins can’t come up with the cash, they must give MSD common stock in lieu of cash. Now, if the Marlins have turned things around in three years and are printing money (cough), they’ll pay off MSD. What if they’re barely breaking even or, as seems very possible, losing money? Then MSD will get their $90 million in the form of stock.

So there are three possible outcomes for MSD:

There’s really no way MSD does badly. Marlins ownership can lose money. Marlins players are stuck with a team that’ll probably be dreadful. Marlins fans have to watch a club without Giancarlo Stanton, Marcell Ozuna, and Dee Gordon (so far). But MSD makes out no matter what. Short of a complete bankruptcy and liquidation (which MLB won’t let happen), MSD will collect big dividend checks for as long as it wants. And after three years, it can cash out (if things are going well for the team) or turn its initial investment into a bigger slice of the ownership pie (if they aren’t).

It appears that the current state of the Marlins doesn’t make Derek Jeter, or J.T. Realmuto, or Marlins fans happy. But pretty much anything imaginable will work out just fine for the hedge fund that comprised just 7.5 percent of the franchise’s total price tag of $1.2 billion.

Not in the fun, "you da Man!" sense. In the long time nemesis of Homey the Clown sense
Reply to RotoLando
Alan Waxman
Nice article.

I clicked through to the Forbes articles to find out more because it didn't make sense to me why the Marlins ownership group would want to do this and why MLB would allow it. Forbes didn't understand the rationale either. Was the Marlins ownership that hard up for cash - and if so then why did MLB let it proceed? This has the makings of a disaster for Marlins fans - a crappy team on a shoestring budget for the foreseeable future. One that handed over Stanton to the Yankees for nothing.

As a Mets fan, I'm still upset that the Wilpons weren't forced into the Einhorn deal.
Reply to Alan
Rob Mains
Thanks, Alan. Re the Mets, the Einhorn deal was more egregious, more concentrated, and involved a more controversial investor than MSD. Even if we assume a doomsday scenario--the Marlins lose hundreds of millions--MSD won't acquire a majority stake (nor does it want one, I think). I'm more surprised MLB countenanced the 14% coupon than the potential ownership grab arising from the put.
Reply to Rob
Alan Waxman
Yes, the 14% coupon is what I'm surprised MLB allowed. I don't think MSD wants an ownership stake, they are more likely after a guaranteed payout on very favorable terms. And while the Einhorn deal absolutely was more egregious, it would have forced the Mets out of the hands of the Wilpons - a win for Mets fans.
Reply to Alan
James Eneix
excellent article. this kind of financial wheeling/dealing goes on among the rich all the time. rich getting richer without having to do the minimum to put a decent product on the field. if the marlins were a car, it would be taken off the road and the manufacturer would be out of business. instead...
Reply to James
jfranco77
I keep hearing "there were other offers" - so presumably MLB didn't approve this out of desperation to get the Marlins out of Loria's hands. Unless all the other offers were worse. I'm starting to think MLB really wanted the Jeter-backed offer for the presumed good publicity. Oops.
Reply to jfranco77
Rob Mains
I assume they just approved the offer for the most money. That's pretty much how the Commissioner's Office rolls these days.
Reply to Rob
James Groves
Strong deal, but they're not getting paid that 14% annually in current return. Typically the preferred only pays to the extent cash flow is available to pay it. If not, they accrue. Since the Marlins are unlikely seeing positive cash flow in the near term (maybe at all?) I would assume MSD is going to accrue that 14% until a liquidation scenario or if they force it via the put.

The fact that they took the MSD deal tells me that they don't expect to be able to pay a traditional or high yield bank note. These teams are terrible cash flow bets but value continues to climb because of TV contracts, favorable stadium leases, etc. MSD expects that even if the team management is horrible, somebody (perhaps them) will buy it for something greater than their valuation.
Reply to James
James Groves
I also think back to the Cubs acquisition in 2009, which was very complex given that the Tribune Co was selling the team out of BK. Few people know the full facts, but supposedly there was more traditional bank debt involved. According to Bleacher Report, there is a rule in the Collective Bargaining Agreement that states:

Collective Bargaining Agreement, there is a rule that states: