The Mystery of The Greatest Baseball Mystery 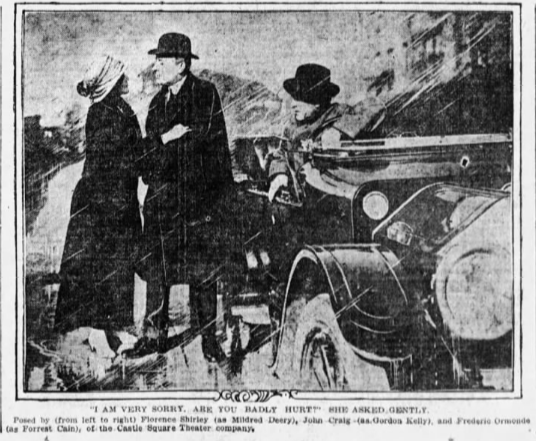 Throughout July and August of 1913, the Des Moines Evening Tribune published a serial novella by A.H.C. Mitchell titled “The Triple Tie.” The novel, Mitchell’s second and second-to-last publication, was advertised by the newspaper as the “greatest baseball mystery” ever that would appeal to those who had never “seen a contest on the diamond”; it promised “love, gold, intrigue, and baseball,” all the things to make it a must-read.

Across the 45 chapters, the story follows a man named Gordon Kelly, who meets a woman, Mildred Deery, after he gets run over by her boyfriend, Forrest Cain, while on his way to try out for the Atlanta baseball club. Despite knowing everything about Ty Cobb and Tris Speaker, he’s neither watched nor played baseball in his life, but he proves to be a natural, garnering much notoriety after he homers in his first professional game. Also a property owner, he reconnects with Mildred when her father wishes to purchase his vast acres of land. Two weeks into his professional career, Kelly gets sold to the Red Sox for the unprecedented sum of $50,000, but shortly after injuring his head on a home plate collision in his final game for Atlanta, Kelly goes missing. The rest of the story follows Deery, Cain, and an intrepid reporter named Farnsworth, as they eventually track down Kelly, who had retreated to his property in the mountains. They all convince him to return to baseball in time to help the Red Sox get to the World Series, after which he marries Mildred.

Though constructed of beloved tropes, this plot is both convoluted and simplistic, burdened by an overabundance of detail and clunky writing, producing sentences like, “she plays a not unimportant part in this narrative and there will be plenty of opportunity later on to tell all about her” and “…the machine was forced to slow down and come to a stop in accordance with the traffic regulations of Atlanta, which forbids an automobile to pass to the right of a streetcar…” Much of the 45 chapters consist of tedious game recaps and bits of awkward dialogue that only succeed in losing the reader’s attention.

Yet the Evening Tribune put great effort into trying to catapult this story to success. It partnered with William Randolph Hearst’s International News Service to provide photographs of various scenes from each installation and sold the story to other newspapers, who printed it with varying degrees of regularity. It was–and is–not uncommon for newspapers to publish subpar serials, but few papers have gone to such lengths to advertise them, particularly with such an unknown author.

The mystery within the story–George Kelly’s location–is easily solved within at least three chapters following his disappearance, but the mystery of the story remains.

On December 13, 1952, my dad’s parents were married. Five days ago, they celebrated their 65th wedding anniversary. That exact date in baseball history, at least as far as I could find, offers up no noteworthy news. December is, understandably, not a particularly rich month of baseball happenings beyond the contractual or transactional, births and deaths—business and the business of being human. In the sixty-five baseball seasons my grandparents’ marriage has spanned, I note the following events that took place on their anniversary: on their fourth, Yogi Berra’s son Dale, who played eleven major league seasons, was born; on their sixty-third, former Yankees beat writer Phil Pepe died. And on December 13 in 1911, more than twenty years before either of my grandparents was born, the Boston Rustlers were purchased by James E. Gaffney and John Montgomery Ward and renamed the Boston Braves.

Those Boston Braves, after some time in Milwaukee, would move to Atlanta in 1966 and become the crown jewel (or canker in the hedge) of the National League in the 1990s and early 2000s. No matter one’s own particular fandom leanings, though, what the Braves were—in addition to good at playing baseball—was accessible. Thanks to TBS’s national broadcasts, the Braves were ubiquitous, even for people who lived where there wasn’t a single traffic light in an entire school district. This is the only explanation I have for the fact that my grandmother, a woman who has spent her whole life in Pennsylvania, just east of the mid-state, loves Andruw Jones. 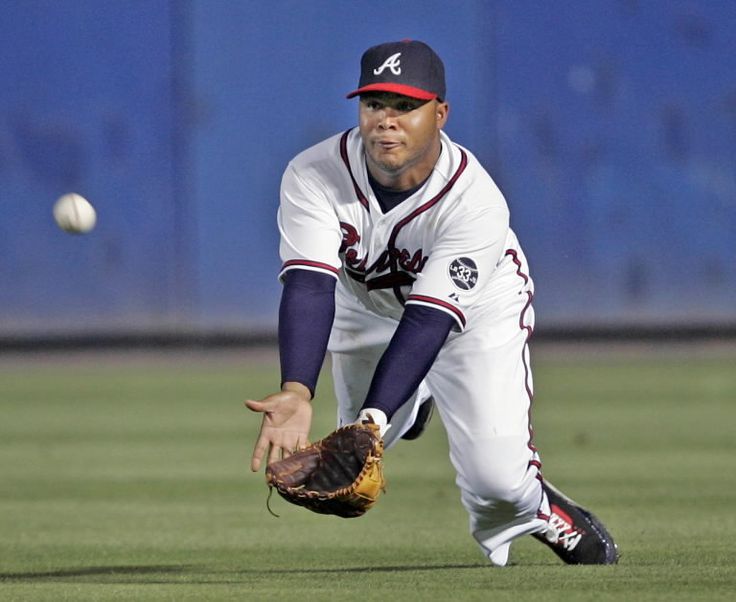 Of all of the players to choose from those wildly talented Atlanta teams, the exciting centerfielder from Curaçao was the one she chose. That my grandmother liked the Braves and loved this player who was part of the bane of the Phillies, the “local” team, was an unexpected stroke of individuality. While she worked in a textile factory, sewing long johns for years, she and the women around her did not talk about baseball. My grandfather, who drove a produce truck across the area, selling fruit and vegetables to families and corner stores, watches sports in the most casual way. Of her six children, four are staunch Phillies fans and the other two don’t pay much attention to baseball at all.

My grandmother, when faced with disbelieving indignation, from me, from one of her daughters, from the son who hated all the Braves on principle but drafted them in fantasy baseball because he wasn’t stupid—why him, why a player from Atlanta in the first place—would only say, in her stubborn Pennsylvania Dutch voice, “I like him.” She didn’t rattle off reasons, though there could have been many: the defense that won him ten Gold Glove awards, the home runs, his youthful durability.

She’s been married sixty-five years. I guess she knows what she likes.

The History of the Tyler Chatwood Contract 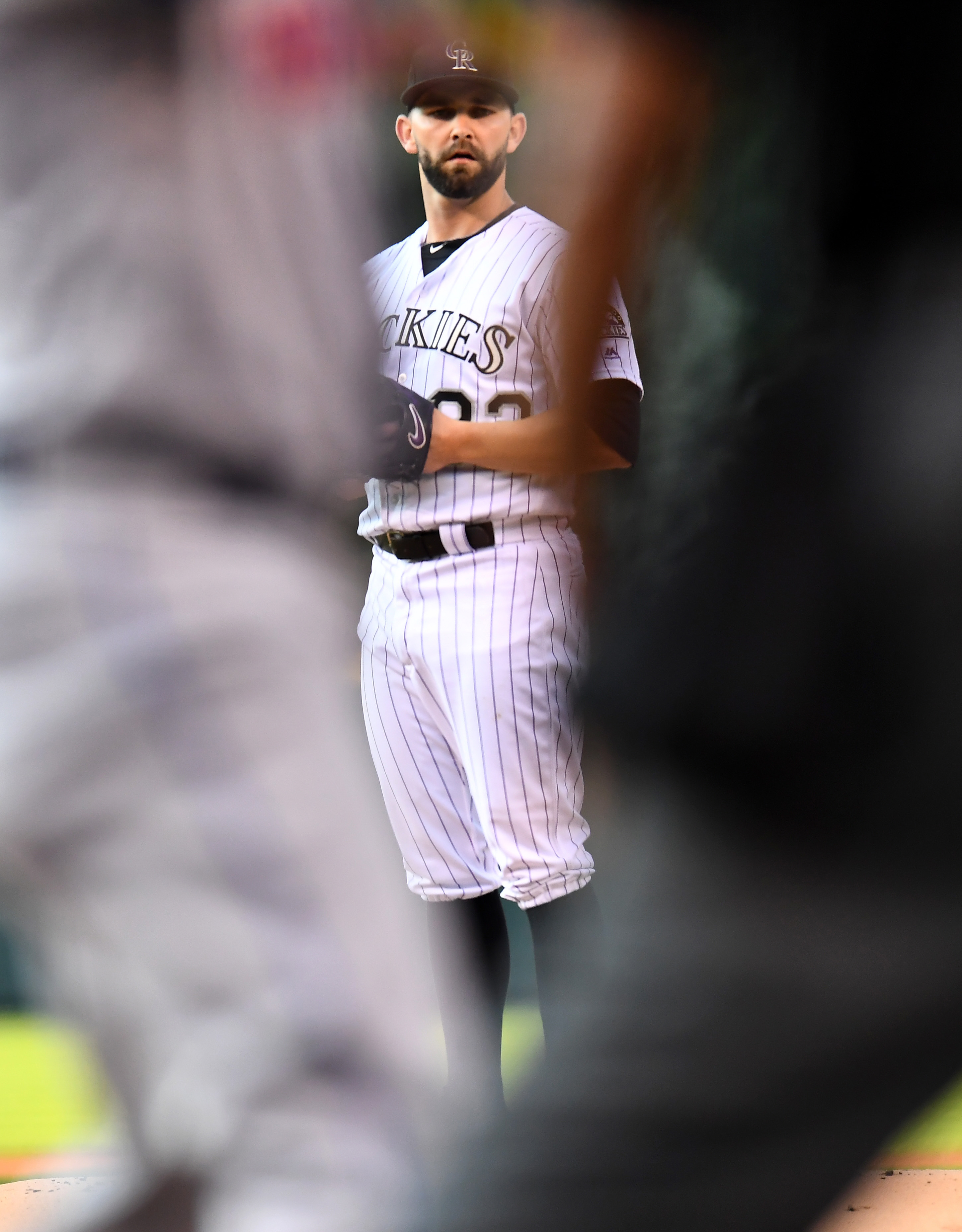 12/7/17 – CBS Sports: Cubs agree to three-year contract with Tyler Chatwood
The right-hander gives the Cubs much needed some much needed pitching depth

12/10/17 – Yahoo Sports: Winter Meetings storylines
The biggest free agent deal handed out so far this winter is Tyler Chatwood’s three-year, $38 million deal with the Cubs, which means that much is unsettled with this year’s class. Some major dominoes should fall this week

12/14/17 – Cubs Insider: Tyler Chatwood’s Reworked $38 Million Contract Still Biggest of the Offseason
Tyler Chatwood’s new contract has raised eyebrows this offseason, but not for the reasons you might expect

2/15/18 – Chicago Tribune: Chatwood deflects questions on contract at open of spring training
Right-hander is unsure why all free agent signings stopped after his contract, denies role in stopping player acquisitions as we know it

7/15/18 – The Athletic: Epstein says Chatwood won’t be available at deadline
Despite disappointing season for Cubs and Chatwood, Epstein wants to hold onto contract, “learn to understand its strange power”

8/14/19 – NY Daily News: God exists, and he’s American, and he has questions about the Tyler Chatwood contract
So-called “Dr. Manhattan” appears to be an omnipotent being, and demands to launch an inquiry into Cubs pitcher’s contract

2/11/28 – MLB Trade Rumors: Possible implications of Chatwood contract’s return to Earth
Expired free agent deal could have ramifications across the league if human society is rebuilt and organized baseball returns

5/6/3641 – Journal of Human Anthropology: 21st Century Humanity Worshipped Capitalism Yet Was Completely Befuddled by It
Despite commodifying everything in life, society went into tailspin after failure to comprehend how a light market for pitching spiked the value of a mid-level free agent