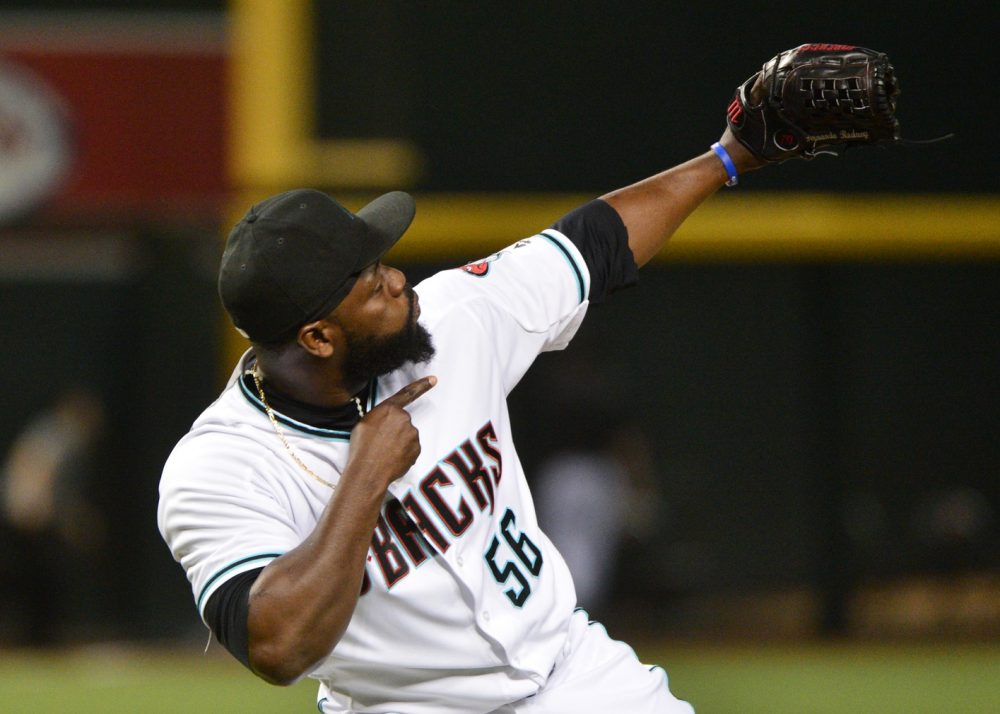 Entering its 41st year, The Fernando Rodney Experience™ has become synonymous with laborious innings and the constant need to wriggle out of jams. And it’s true, Rodney has always had very poor control—among active pitchers with at least 400 career relief appearances, only John Axford and Mike Dunn have a higher walk rate than his 4.4 per nine innings. Rodney goes through torturous stretches in which he simply can’t command his fastball and often refuses to give into hitters once he’s behind in the count, continuing to try to lure them outside the strike zone with his excellent changeup even if it means putting them on with a free pass.

However, lost within the walks, long innings, and a handful of high-profile blown saves is that Rodney has generally been a very effective reliever and has performed better (and thrown harder) in his late 30s than he ever did before. Since his age-35 season in 2012, he has a 3.11 ERA and 431 strikeouts in 391 innings.  Last season, at age 40, he had a horrible first month as the Diamondbacks’ closer, but Arizona stuck with him and Rodney converted 33 of 37 saves with a 2.38 ERA and 52 strikeouts in 45 innings after May 1, holding opponents to a minuscule .154 batting average and a grand total of one home run. It was a remarkable five-month stretch, but the awful April meant that he never got his season ERA below 4.00 and made it natural to assume that he simply had a bad year.

In reality, his 3.11 DRA was more than a run better than his 4.23 ERA, ranking 30th among all relievers with at least 50 innings and placing ahead of Brad Hand, Ken Giles, Cody Allen, Edwin Diaz, Aroldis Chapman, and Chris Devenski, among other high-end relievers. Rodney struck out at least 10 batters per nine innings for the fourth time in five seasons and held opponents to a sub-.350 slugging percentage for the sixth time in seven seasons. His average fastball clocked in at 95.4 miles per hour and his signature changeup—against which opponents hit just .151 with a .233 slugging percentage—was the best in baseball for relievers in terms of total value produced. He was pretty damn good.

Rodney’s lows are perhaps lower than most, so it’s possible that his overall numbers don’t always paint a totally accurate picture, but it’s also possible that people who perceive him as a lead-blowing, stomach-turning nightmare—and especially the subset of people who have an issue with how he wears his hat or how he celebrates a save—let that cloud their judgment inaccurately. The truth is probably somewhere in between, which makes a one-year, $4.5 million investment perfectly reasonable, particularly given the Twins’ glaring need for bullpen help. Minnesota has some promising young relievers, led by Trevor Hildenberger, but finding a veteran with high-leverage experience was clearly a priority for the front office and there’s no question that Rodney checks that box.

He ranks 26th all time with 300 career saves, including five seasons with at least 35 and two seasons with at least 45. Last year, Rodney converted 39 saves, shooting his trademark arrow each time, and his presence will allow Paul Molitor to rigidly manage the ninth inning while deploying Hildenberger (and others) more fluidly in the sixth, seventh, and eighth innings. Rodney is no one’s first choice, and any 41-year-old pitcher is a risk to wake up one day without the ability to get big-league hitters out, but for a one-year commitment and a salary that won’t keep them from pursuing other offseason pickups the Twins were able to cross the ninth inning off their list.

All of which isn’t to suggest that the Twins’ plan to improve the bullpen shouldn’t be questioned. As an individual move, signing Rodney is sensible, but this offseason has proven to be a buyer’s market for a deep free agent reliever crop and there was an opportunity to sign a quality setup man to a reasonable two- or three-year deal. Most of those options have already found new homes, and regardless of how Rodney fares in the ninth inning there’s a chance the Twins will regret not handing out a two-year contract to snag a second veteran like Juan Nicasio, Steve Cishek, Brandon Kintzler, Joe Smith, Pat Neshek, Hector Rondon, or Luke Gregerson. So far at least, the Twins have only taken a half-measure.

You need to be logged in to comment. Login or Subscribe
deadheadbrewer
With all due respect, it seems like the Twins have done exactly what BP writers used to tout repeatedly a few years back: stay away from multi-year contracts for non-elite (any?) relievers. Rodney is as likely as any on the essay-ending list to provide the most value this year, and at a lower 2018 cost than the others. And next year, half the teams that made the above deals will be regretting the $7M-10M they're paying a "useless" reliever. And this signing looks far better than the Rockies putting $54M into two 30+ reliever arms . . .
Reply to deadheadbrewer