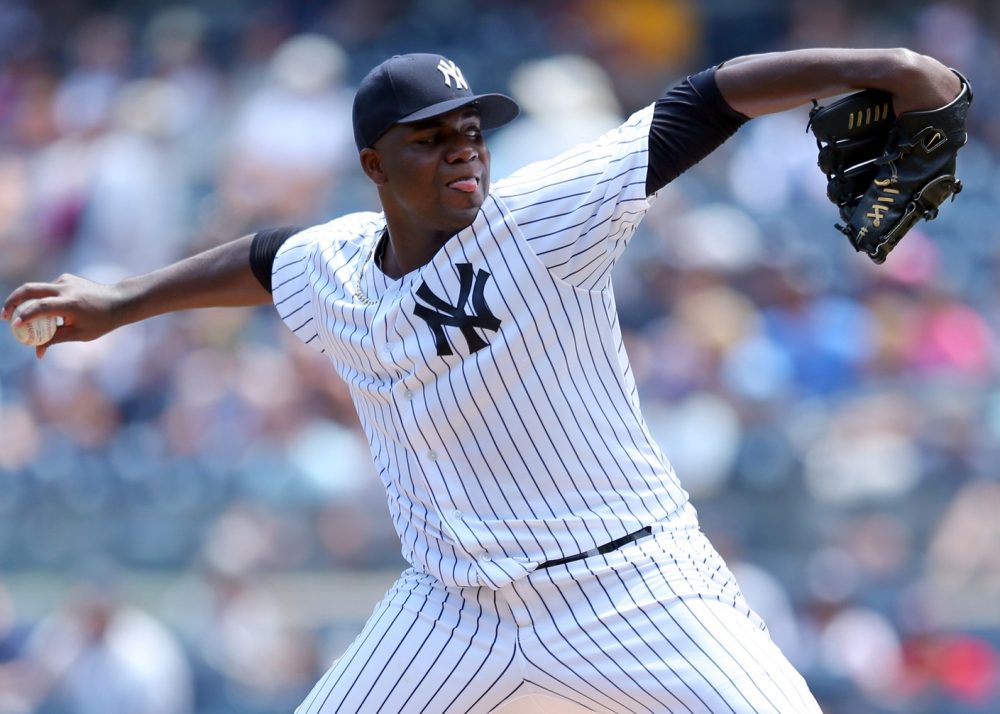 Well, now we know this offseason’s going rate for rehabbing starting pitchers. One day after the Cubs signed left-hander Drew Smyly to a two-year, $10 million contract, the Twins signed right-hander Michael Pineda to an identical deal. Both pitchers are 28 years old and coming off midseason Tommy John surgery, so both teams will pay them to rehab this season in the hopes that they can recover well and contribute to the rotation in 2019.

There’s a slim chance Pineda could pitch for the Twins in August or September, most likely as a reliever, but given his lengthy history of arm problems they’ll probably take a cautious approach with his recovery timetable. Pineda famously missed all of 2012 and 2013 with shoulder problems, beginning his Yankees career on the disabled list, and he topped 150 innings in a season just twice before blowing out his elbow. So why are the Twins taking a $10 million flyer on him? Because when healthy, Pineda has shown the ability to dominate and, well, $10 million doesn’t buy a whole lot on the free agent starting pitcher market these days anyway.

Pineda made a total of 89 starts for the Yankees, posting a 4.01 ERA that was right around league average, but the 6-foot-7 right-hander’s velocity, raw stuff, and strikeout rates always suggested he was capable of better. His career DRA (3.43) is significantly better than his career ERA (4.05), and various other pitching metrics paint a similar picture. Pineda whiffed 514 batters in 509 innings for New York, including 207 strikeouts over 176 innings in 2016. Among the 150 pitchers to throw at least 300 innings as starters from 2014-2017, he ranked seventh in swinging strike rate, 19th in fastball velocity, 19th in strikeout-to-walk ratio, and 22nd in strikeout rate.

Of course, Pineda also gave up too many homers and turned in enough clunkers to drive Yankees fans nuts, but it’s easy to see why he appealed to a front office tasked with dragging a pitching staff into the modern era after decades of low-velocity control artists. Pineda is big, he throws hard, and he misses bats, and the Twins may feel that they can unlock even more potential by tweaking his approach. Pineda’s slider has consistently been his best pitch, racking up swinging strikes and holding opponents to a sub-.200 batting average, and his changeup has generally been an effective third offering. However, his fastball—or more accurately, his cutter—has let him down time after time, suggesting that perhaps switching to a more traditional four-seamer or altering the way he throws the cutter could have a big impact.

Pineda probably won’t help the Twins in 2018 and he may not even help them in 2019, but for $10 million they’re willing to take that chance because if things go well he’s a potential no. 2 or no. 3 starter for a very young, low-payroll team that’s at the beginning of their winning window. Minnesota’s pitching staff needs all kinds of help for 2018 and the Twins’ front office still has plenty of work left to do this offseason, but in the meantime they’ve made a smart, creative investment in 2019.

You need to be logged in to comment. Login or Subscribe
deadheadbrewer
Twins fan here. I'm okay with this signing, as long as it isn't taking $10M away from a Cobb or Darvish signing. If the market is offering Cobb 3/$48M, and the Twins could use the money to throw 3/$55M at Cobb to get him, then that money might be better spent. And I hope it isn't $10M taken out of the Twins' reliever money, given that good relievers who can pitch good innings in April are going for 2/$20M. And I can't help but wonder if 3/$18M for Pineda wouldn't be the better bet, given that there may not be all that many innings thrown the next two seasons.
Reply to deadheadbrewer