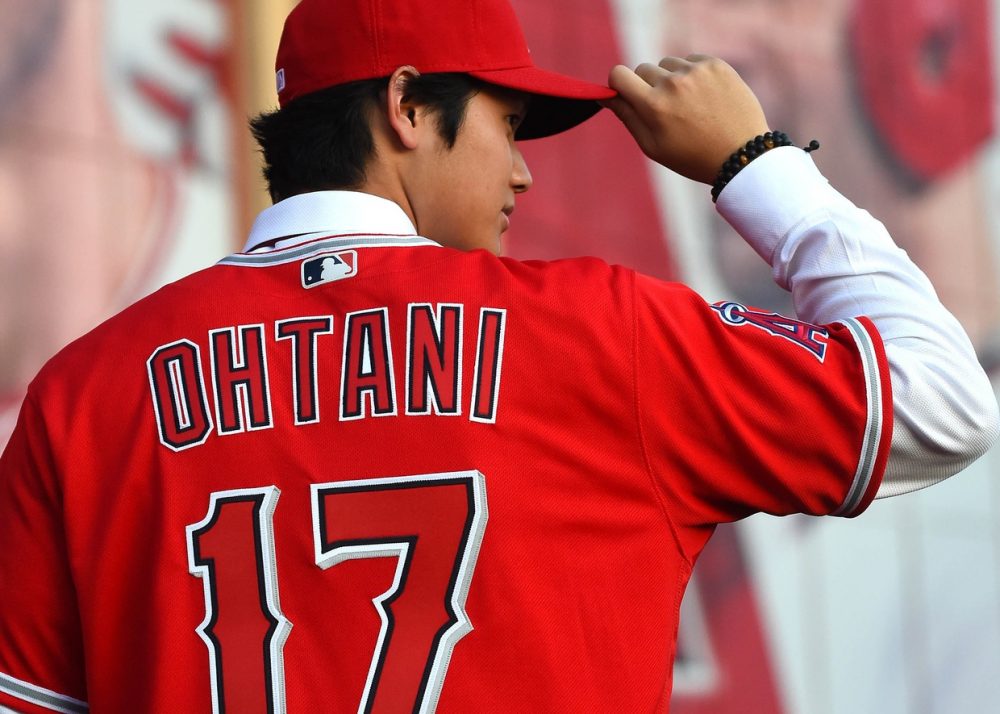 After a Bachelor-esque wooing period, the most interesting ballplayer in the world has made his decision. Choosing between seven finalists, the shooting star of Nippon Professional Baseball has landed–kind of unexpectedly–in a city famous for stars. With one move, the Angels instantly become the most compelling team in the American League (sorry, Yankees!) and move closer to contention than they have been for years. All because they were able to add a world-class pitching talent for a bargain-basement price.

Usually this is the point where I tell you what to expect from a player in terms of raw performance, but honestly, that’s a shot in the dark at this point. Ohtani projects to be a top-tier pitcher, which makes sense when he can reach 100 miles per hour with his fastball and has three plus pitches: fastball, slider, and splitter. At 6-foot-5 and still entering his physical prime at 23 years old, you could dream on him settling in as something close to a top-of-the-rotation workhorse if he stays healthy. Though he wasn’t healthy in 2017, his injury issues were lower body, and shouldn’t be indicative of considerable risk going forward.

Then there’s the much-reported issue of his offensive talents. Ohtani was one of the best hitters in Japan at the same time he was one of the league’s best pitchers, able to muscle pitches out of the ballpark on the regular. He has plus power, a plus run tool, and naturally showed a rifle arm during the few instances he played in the outfield. There’s an argument that he could be a second-division outfielder or designated hitter for several teams. In other words, he could perhaps make Madison Bumgarner look like Bartolo Colon at the dish.

I’d put the most likely outcome as a no. 2 starter who can also hit somewhere around the league average for all position players. The Angels are a perfect fit for Ohtani because every team in baseball is a perfect fit for Ohtani; not a single team could not benefit from slotting him into the rotation, and his contract value is so small that even the Marlins could afford it. But the Angels are an especially intriguing fit, as their new ace likely immediately becomes the team’s best pitcher and the cornerstone of their rotation.

However, while there’s no immediate fit for Ohtani to spend any extra time in the outfield–it seems unlikely that he would unseat Mike Trout, Justin Upton, or Kole Calhoun even if he couldn’t pitch an inning–Ohtani could potentially get some reps at designated hitter if the mood strikes Billy Eppler and Mike Scioscia. The Angels have been incredibly unproductive at DH recently due to Albert Pujols’ devastating fall from grace, and it stands to reason that Ohtani could be an upgrade over even a bounceback season from the team’s most expensive and disappointing hitter.

It’s challenging to write a Transaction Analysis about Ohtani because of the difficulty in projecting his performance that balances the extreme simplicity of lauding a team for signing him to such a club-friendly contract. Of course this is a great deal for the Angels! If he delivers a win or two of value, the club will recoup their investment. But the Angels are interesting in this case for the same reason they’re always interesting: Mike Trout. For years, Trout was part of an extreme stars-and-scrubs roster that wouldn’t be out of place in your buddy’s fantasy league. The acquisitions of Josh Hamilton and Pujols were expensive plays that never delivered on the promise of another superstar to pair with the game’s most incredible player.

Ohtani reinforces the team at its weakest position (starting pitcher), gives them a viable option at designated hitter, and finally gives Trout a running buddy with a performance level that can potentially come within sniffing distance of his own. And not only that, but two of the front-running teams competing for this unbelievable talent were AL West competitors in Texas and Seattle. The best player in baseball. The best defender in baseball. And now (probably) the best and only two-way player in baseball. Baseball in Orange County just got even more fun.