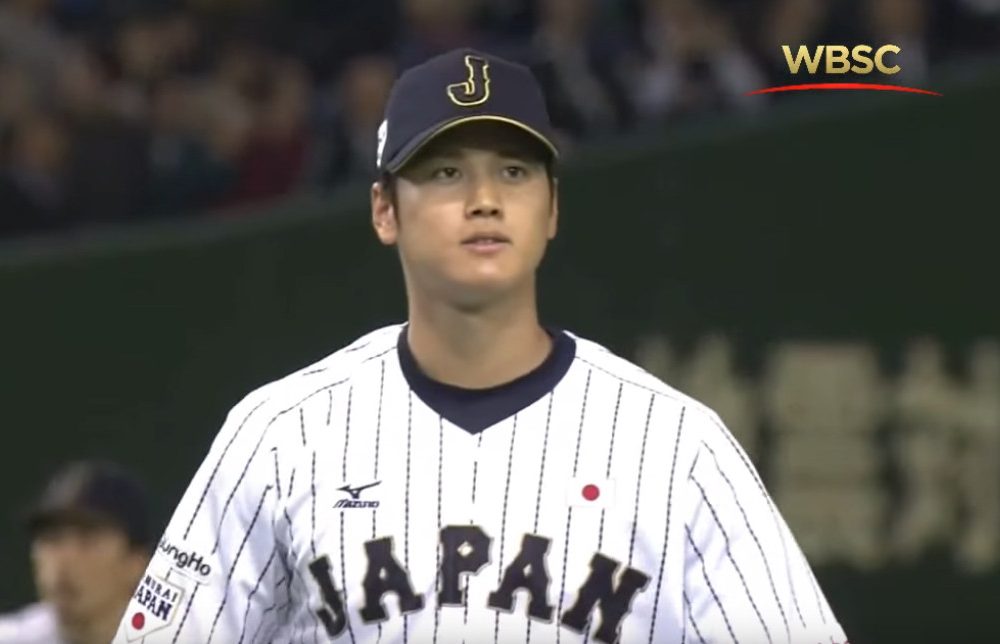 Safeco Field is my favorite ballpark. I haven’t been to them all, but Safeco is the best. I know where the good snacks are, and when happy hour ends, and where to get better beer for a lesser price. I know which step to mind at the center field gate so I don’t trip and fall.

Baseball is a local game. We are part of the national landscape of large “B” Baseball, but our sense of belonging is tied to much smaller jurisdictions. That localism allows us the game’s many flavors; rich histories, tales of hard luck, curious concessions. Bits of funk. Others bristle at our partisanship, but only because they are possessed of loyalties and oaths of their own.

Before he was posted, that localism was projected onto Shohei Ohtani himself. Absent any sort of sure confirmation of what mattered to him, and denied our usual recourse of attaching money to value, many of us have assumed that he liked what we like. To read the press around Ohtani was to simultaneously believe he likes big cities, but not as much as medium-sized ones; the coast, but not as much as the Midwest; a place that is warm and humid in the summer, like his hometown; a place with snow and a chill like Sapporo. Folks like him, to bond with. People wholly unlike him, so as to strike out on his own. It all felt a little absurd; diverse interests make for good dinner party guests, but no one contains all of these multitudes. At its best, it was a masterclass in optimistic parochialism; at their worst, the assumptions felt like they were born from mistaking personhood for a rapid binge of old Samurai films.

That was before he was posted, before the culling. Over the weekend, Ohtani reduced his list. The aftermath showed what happens when localism is weaponized. John Updike famously told us: “The true New Yorker secretly believes that people living anywhere else have to be, in some sense, kidding.” Ohtani’s list showed how we lash out when our places are rejected, when other people prove to be quite serious. We champion place for a lot of reasons: because we like the way our place smells; the way it feels and tastes; how vibrant it is. We do it to justify our decision to stay; perhaps to excuse never having really made much of a choice at all. We wonder, “Who would want to live in any other place but ours?”

The funny thing about wanting everyone to like our place as much as we do is that we don’t really want them to be in our place. Then our place would be different, changed by all the bits of their places they bring with them. We covet their covetousness. But occasionally we covet trophies as well. We crave as validation shiny monuments to the merits of our places. X number of people moved here last year! We have the highest number of college graduates in the country! Ours is the second-best place to live in the Great Lakes Region! It all becomes very personal. We’re going to live here forever. And how else would you poor sad sacks know about us?

All free agents pick their place, but Shohei Ohtani’s unusual circumstance made his choice mostly about place. And that distinction made his rejection personal. We all understand getting paid; we respect the hustle. This wasn’t about that, or at least, was far less about that than any other choice in recent memory. To reject New York was to turn away from a storied franchise, and waiting on line, and late nights below 14th Street. Saying no thank you to Detroit meant a longer winter in rebuilding and a side-eye to American muscle.

Without a grounding in the exact calculus of how many dollars equal how many hours to Japan equal how many Tim Hortons, these cities were left to think that what was likely a positive affirmation of other cities was a negative rejection of their cities. And we saw that wound manifesting in its nastiest iteration. Ohtani was called a chicken, and accused of being irrational, of receiving bad advice; of not knowing the advice was bad. Unequal to the task of New York media; someone Boston could do without. Not one of our guys, a phrase that was laden with some awfully nasty stuff unsaid.

But really he’s just doing what those who leave their place do. He’s searching for where he might fit, faced with a collective bargaining agreement and a will to play in conflict. We don’t know exactly how he’s judging those final seven cities. It might not be where he ends up making his final home; plenty of 23-year-olds move around. Maybe this is just where he thinks he can get his feet wet. Maybe it feels right. Maybe it’s where he thinks he can grow.

In a game we so often experience through our place, he’s looking for his. For 29 fan bases, it’s not that our place is bad; it’s just not that place. We shouldn’t begrudge him the delight of his choice. After all, we know that feeling. The place where we can let our shoulders down, and find good snacks, and know which step to mind so as not to trip and fall. That place feels a lot like home. Where we belong. Given what else he’s giving up, it’s the least we can do.

You need to be logged in to comment. Login or Subscribe
Greg Simons
This is quite likely my favorite Meg Rowley article. Very well said.
Reply to Greg
Meg Rowley
Thank you, Greg. I'm glad you enjoyed it.
Reply to Meg
ogc
Beautiful article, well done! Yeah, been surprising how cities have reacted.

I’ve also noticed that much of what’s been written has focused almost solely on personal tastes. However, after reading umpteen articles on him, I’ve noticed that nobody has really focused on his goals.

Which he made very clear in his interview with MLB.com. When asked why he chose Fighters over Dodgers out of high school, he said it was because they allowed him to be a two-way player. I’m sure home comforts helped, but really his goal is to be a two-way player in the MLB, and it is the team that makes the most persuasive argument that they are the best team for that will win him.

And it should not be a matter of just giving him the opportunity. I’ll bet all the teams prostrated themselves about how they will use him two way.

If it were me, I would ask the teams for examples of how they have developed top line pitchers and how they have developed good hitters, as well as their philosophies for development. For it is not enough to get the opportunity, as he views himself as unfinished, which he’s said in interviews. His manager also said that his hitting is actually ahead because his swing is natural, and he’s still more of a thrower than a Pitcher with a capital P. However most view his pitching as more sure, because 100 MPH, and that he might not pan out as hitter, hence why 4 of his 7 are NL clubs with no DH.

Because nobody knows if he’ll be good in the MLB or how long he’ll last. Good prospects fail all the time, but not so frequently that you’ll pass up a chance at Ohtani. Still, he is conscious that success is not guaranteed. So I would imagine that he is thinking seriously about how each team would help him towards his goal of two-way playing in the MLB, and of each abilities to develop both pitching and hitting, though I would imagine that he would weigh pitching development over hitting, given his manager’s comments.
Reply to ogcgiants
mgpayne
I think this is exactly what happened. It seems he believed the Angels would give him the best chance to both hit and pitch.
Reply to mgpayne
Jim Maher
I give the guy credit for choosing on the basis of things important to him and not money or endorsements. I would have loved him to play for my Indians, but can live with the fact there are a lot of places he might feel more comfortable. How anyone can criticize the decision without being really small in their thinking is beyond me. Well said (and try the stadium mustard at the Jake or Progressive or whatever you want to call it---awesome!)
Reply to Jim
mgpayne
Excellent article. I enjoyed reading it!
Reply to mgpayne
Ryan Moore
I started reading this article expecting another well written baseball article. This stands out as one of my favorite pieces of writing in recent memory. Well done, Meg!
Reply to Ryan