The term “rookie” is said to have come from “recruit,” with the sounds chopped up and tossed around more than a century ago to form a more casual word. It’s not limited to baseball, of course; it supposedly started in the military and spread then to baseball and across other sports, and finally into other social and cultural institutions. And while it’s not exclusive to baseball, it’s not exclusive in baseball, either. It’s the term used most commonly for a first-year player—and has been for decades now—but it’s never been the only one. Here are the other 14 such terms, as designated by the Dickson Baseball Dictionary (Third Edition):

“You Are Very Young” Category

Kindergartner: This one is slightly better than “kid.” This is “kid” cocooned in a layer of description—a specific kid, one struggling to wrap his paste-sticky fingers around a chubby pencil, trying not to make it obvious that he sure never saw a change-up like that in Double-A.

Cub: “You are very young, but also, for reasons beyond understanding, you are also a bear.”

Pineapple: A rookie who sits quietly on the bench (pine). This one is a delight.

Jelly bean: There is no explanation given for this definition, only a note that it is a historical term not in current use. Which is a shame, because declaring first-year players itsy-bitsy colorful candies could potentially be a more effective way of embarrassing them than making them wear a Dora the Explorer backpack or whatever it is now.

Busher: Just up from the bush leagues.

Green pea: This was reportedly Casey Stengel’s favorite term for a rookie, though either of its individual parts would seem to be more logical on its own here on than the two of them are together. Calling a first-year player “green”—yes, that works. Calling him a “pea”—maybe that doesn’t work quite as well, but it works, it makes you think of something small… you can follow the line of thinking here. But calling him a “green pea” really only robs “green” of its power as a term that means “young and growing,” because a green pea is one that’s already grown, and that just mucks up the whole thing. The alternative is just that it’s supposed to mean “you are a tiny vegetable that no one likes that much,” which, fair.

Budder: This one is beautifully optimistic, suggesting not just that you are fresh but that you have plenty of growth ahead of you—plenty of time for your buds to become blooms.

Huckleberry: It’s unclear why a huckleberry would convey youth more than any other berry, unless this is meant to be a Huckleberry Finn reference.

Lamb: Similarly, a lamb is not really younger than any other baby animal. (All of which are young, by definition.) But it’s soft and innocent and can’t really walk yet, and awww look how cute he is!

Yannigan: A yannigan bag was 19th-century slang for a cheap carpetbag used by cowboys and lumberjacks, and so a rookie making his first big trips away from home was a yannigan. This one not only makes sense, it’s extremely fun to say. Yannigan.

Gazoonie: This one has no etymology and no definition beyond “rookie.” It makes no sense. I love it.

Rook: This is perhaps the most commonly used substitute for “rookie” on this list today, which is a travesty, given that it’s hands-down the laziest.

The Impersistence of Memory

Almost every day, I think about a woman I’ve never met, one who would never remember me if we had. Whenever I lace up my running shoes, I pause for a moment, grateful that I am in possession of a body capable of moving me down the path I choose, no matter how quickly or slowly that might be.

Suzy Bishop is the mother of Braden Bishop, a prospect in the Mariners organization. At UCLA, Suzy was a track star, a marathon runner; she even competed in the 1984 Olympic trials. After college, she was drawn to California’s movie industry; her LinkedIn profile is lengthy, and impressive. She became a VP of production at NBC in the early 2000s, working on shows like Law & Order and Homicide while teaching continuing education classes at Stanford before moving on to ABC/Disney. She directed the program at the Vancouver Film School for three years. She won an Emmy.

Then, in 2012, the list of accolades stops. The migraines Suzy had been battling for almost a decade were worsening. Test after test followed. Finally, in 2015, the diagnosis: Suzy, at age 54, had early-onset Alzheimer’s.

Early-onset Alzheimer’s is a relatively rare form of the disease, affecting under 10% of those diagnosed, which can make obtaining a diagnosis a challenge. Scientists are divided about whether or not this form of the disease is more aggressive, but the outcome is the same. Early-onset Alzheimer’s is a petty thief who gradually grows more bold, snatching minor skills first–calculating a tip at a diner, recalling the answer to a crossword clue–before moving on to robbing bigger things: Memories. Talents. Time. 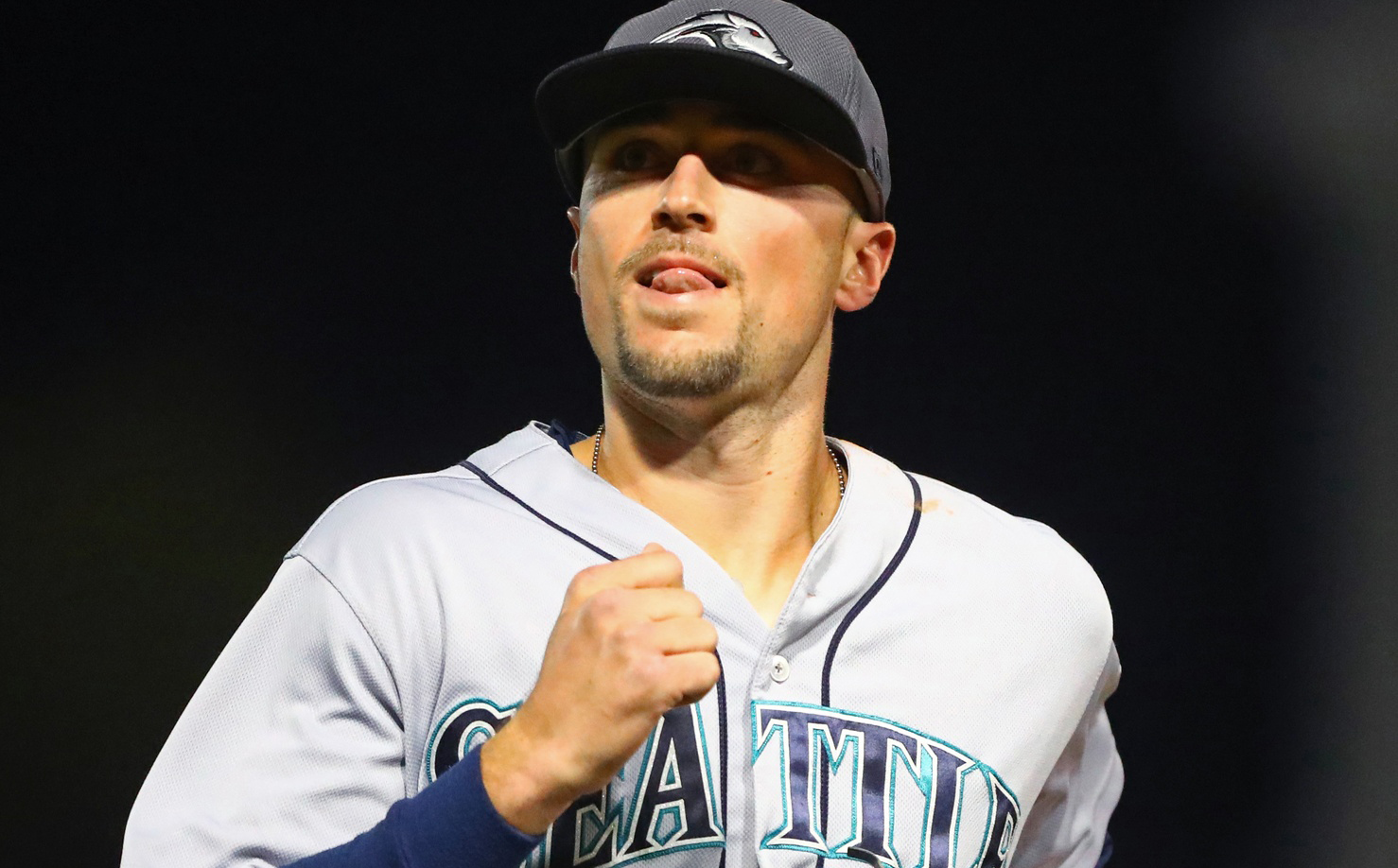 As his mother’s memory dims, Braden Bishop begins every game day ritual by scrawling #4MOM in black sharpie on his wrist tape. If his teammates will stand still, he’ll write it on them, too. He’ll hashtag it on his personal Twitter account, and on the one for the charity he started of the same name. As a participant in the Arizona Fall League, he’s done interview after interview, answering questions about his experience there, his baseball career, and always, always his mom. Sometimes reporters ask if he minds talking about it so much, but it’s in talking about her that Braden can keep her close, even as his baseball commitments keep him far from home. Bishop recognizes that his platform as a professional athlete is something that comes with an expiration date; that there is a time–maybe in two years, maybe in ten years, or twenty–when his name, too, will be forgotten. At just 24 years of age, Bishop has been forced to confront the limits of memory, and has responded by refusing to allow Alzheimer’s to continue its silent thievery, by kicking up as loud a noise as he can with every interview, with every tweet, with every defiant stroke of heavy black marker on his forearm.

Braden will be on NBC Sports Radio 1060 tomorrow, 11/14, from 7 PM to 8 PM ET. On Thursday, MLB Network will air a special interview with him on MLB Tonight at 7 PM ET. Tune in and learn more about the #4MOM Foundation and the projects Braden is spearheading to fight Alzheimer’s. For more information on the foundation, check out 4momalz.com.