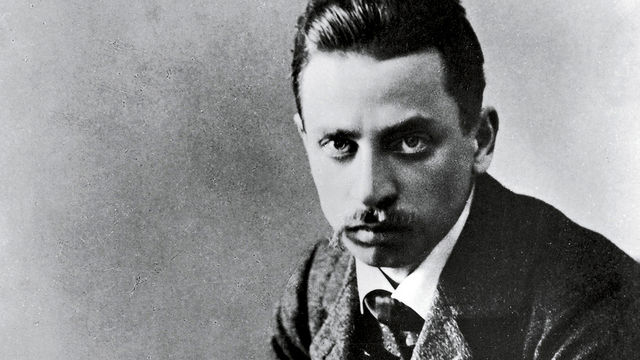 One winter more than a century ago, a young and otherwise anonymous Austrian military cadet named Franz Xaver Kappus reached out to a former student of his school, the poet Rainer Maria Rilke. Kappus devoted his extracurricular life to writing and editing, and although his work has been largely forgotten, the correspondence he received from Rilke became a famous treatise on the creation and the philosophy of art, entitled Letters to a Young Poet.

What follows is the introductory paragraph of his first letter, having received and read the young soldier’s poetry.

Your letter only reached me a few days ago. I want to thank you for its great and kind confidence. I can hardly do more. I cannot go into the nature of your verses; for all critical intention is too far from me. With nothing can one approach a work of art so little as with critical words: they always come down to more or less happy misunderstandings. Things are not all so comprehensible and expressible as one would mostly have you believe; most events are inexpressible, taking place in a realm which no word has ever entered, and more inexpressible than all else are works of art, mysterious existences, the life of which, while ours passes away, endures.

It’s a sentiment that could have been written yesterday. One of the oldest and most persistent arguments wielded by athletes and alumni against the sportswriter is that they “never played the game.” It’s the original version of the basement-blogger crack, a simple and effective form of gate-keeping; yet as Rilke proved in a few short sentences, it’s also a battle that’s been going for centuries, over the role and power of criticism. Poets and critics each seek the favor of the public; the artist portrays the critic as a second-class citizen, those envious souls who cannot do; while the critic can simply kill the author and take his creation for their own, by telling people how to feel.

Rilke’s claim, almost more suitable for the athlete than the poet, is that language, the critic’s main tool, is useless: it cannot describe the true beauty of art. They can only replicate, write gamers describing the action as if transcribing the movement of shadows along the cavern wall. The actual alchemy of creativity, the true membership of the athlete, is beyond them. They can never know what it truly feels like to stand on the mound, or to hit the home run, or even to feel the visceral thrill of witnessing it firsthand. It’s an easy step from this to the conventional caricature of the critic as the petty and self-important tastemaker, parasitically binding themselves to talent, in an attempt to make themselves necessary.

There is a danger in this line of thinking; the idea that only those who have done something can understand it does not translate very well to doctors, or lawyers, or parents. And while the sportswriters may not have access to the thought processes and motivations of athletes, and are damned to an eternity of asking “what were you thinking?” in sad, sweaty locker rooms, there are other alternatives. We can measure their results, from launch angles to range factors, and find truths without their help. So the analysts and the fantasy writers are probably safe. But the question remains for the rest of us: can we really understand the game? Or just a copy?

In the prologue to his career-ending memoir, I Never Played the Game, former broadcaster Howard Cosell fights back, channeling the same counter-arguments employed by the first true critic, Plato, 2,400 years prior. Sports, Cosell declared, as Plato had with arts, were contributing to the downfall of society. He saw captial-S Sports, not incorrectly, as a source of corruption, immorality, and deceit, floating on their legitimate if contradictory goodness, as a pursuit and as a respite. Cosell broke down the evils that were infecting the youth of America, the Sport Syndrome, into the following premises:

What Cosell fought against wasn’t the beauty of the sport itself, which he still appreciated (he stuck around for amateur sports after his disdain for professionalism ran dry), but for the power that owners derived from making mythology out of the game, and controlling what the product meant.

Cosell’s memoir is pointed, bitter, and prophetic. His disillusionment primarily grew out of boxing, the most glamorous sport of his era, and the one of which the corruption of his time best presaged the state of modern sports after his passing. But Cosell quickly learned that even critics have critics, and his broadcasting career was severed soon after the publication of and reaction to his book. Broadcasters, after all, are paid to be more poet than critic, or at least, for those who fail to ascend to the level of poetry, to maintain the myth. Always a master of being the inside man who passed as an outsider, Cosell’s final decade was spent truly among the latter.

This, of course, is the power of critics, and the crux of the balance of power between the poets and critics of modern sport: the athlete and the media. It would appear, in the era of the unpaid blogger and the social media account and the Player’s Tribune, that the athlete has finally wrested the upper hand. But one doesn’t have to look far back to see the fate of stars like Alex Rodriguez, and Barry Bonds and Kevin Brown and others who have sparred with the determiners of fate.

Sports, and especially baseball, with its repetition and individuality, is considered to be more of a science than an art. After all, sports have one thing going for them that art will never have: a verifiable consensus of what victory means. That alone would seem to dull the critic’s blade. But so much of what goes into the love of sports isn’t necessarily about winning, especially past victories; consider the work of Dick Allen or Lou Whitaker, or the frenzy over every award season. Even provided literal champions, we still spend our days arguing over what they mean. We can’t help it.

But if anything, the battle isn’t winding down, it’s only growing more complicated. The polarization and tribalization of contemporary America has bled into sports, forcing upon the fan ever-increasing numbers of factions. Fandom has always been an exercise in disassociation: between teams and players in the era of free agency and fantasy baseball, between billionaires and millionaires, the cross-loyalties of conferences and rivalries and the rivalries of rivalries. Add to that the expanded presence of the athlete as actual person and moral actor, and the political ramifications of their individual and collective welfare, the hobbies and voting habits of every person and how each moment impacts them. And again, add the politics of how we consume these sports, the choice of writers whose lens we view them though, the tribes of cliques and coalitions online and on the talking head shows. At times it can appear that there is no control over what sports is at all.

In 2012, author and critic Daniel Mendelsohn wrote an essay in the New Yorker regarding his reflections on the purpose and value of criticism. It arrived at a low point for the profession: critics were among the first to feel the effects of the shift in publishing, even before writers and editors. Furthermore, there was a growing attack on the practice of negative criticism in general. Given the sheer rise in quantity of created work, the best form of negative criticism, particularly for books and music, was considered to be omission; specifically calling out a work for ridicule was considered to be more for the satisfaction of the critic than the reader.

Mendelsohn’s defense is that the latter accusation is entirely true; the critic is at their best when their subject matter is more important than the reader. It should be no surprise that a New Yorker essay would support the idea of the value of tastemaking, but more than anything, he declares that the ability to be a critic is as rare as the artist itself: contrary to the old adage, not everyone is a critic. In an era of Amazon reviews and crowd-sourced, algorithm-based ratings, the true value of the critic is lost: not to tell people whether a thing is good or bad, but to teach them how to create meaning from it. In this sense, critics and artists are in fact the same; criticism is the creation of art using pieces of art.

In Rilke’s final letter to his young poet friend, he concludes with the following monster of a sentence:

Art too is only a way of living, and, however one lives, one can unwittingly prepare oneself for it; in all that is real one is closer to it and more nearly neighbored than in the unreal half-artistic professions, which, while they pretend proximity to some art, in practice belie and assail the existence of all art, as for instance the whole of journalism does and almost all criticism and three-quarters of what is called literature.

It is true that the critic can become lost in the effects of his work, to get wrapped up in the king-making and wisdom-spouting that he or she can become completely detached from the truth of the world; see Skip Bayless, whose opinions are unhindered by the weight of fact. But it’s also an accusation just as easily leveled toward the artist, particularly when money is concerned. This was Cosell’s concern: that ownership was advancing in its ability to monetize the trust fans had built in their sport, their brand loyalty.

In terms of sportswriting, and baseball, the value of criticism can coexist with the value of sports themselves. Some people might not need sportswriting at all; they can watch the games, read the box scores, and be fully content. But for the modern fan, this is rarely enough; narrative and purpose are too tightly wound around our favorite corporate-athlete conglomerates to know the what of baseball without the why.

In the end, all fandom is self-created. Baseball can and will exist with or without you, the individual viewer. The bonds you create and the feelings you derive from the proceedings are yours alone, to do with as you wish. You may have never picked up the bat since Little League; you may not really know, firsthand, how the players feel and think in a given moment. But that only matters if you want it to. It can be an expression of your loyalty, or your political opinions, or a reflection of your predictive skills. Baseball is utterly meaningless beyond whatever meaning you wish to create in it. You are the critic. The game is yours. Make of it what you will.

You need to be logged in to comment. Login or Subscribe
Anthony Clark
Dandy essay, Patrick!
Reply to Anthony
Michael
Really enjoyed this, Patrick. Good stuff.
Reply to Michael
Steve Ehlers
Can you stick to baseball analysis rather than be New Yorker magazine essayist? Stick to baseball please !!
Reply to Steve