Believe It Or Not, We’re Batting Around

For those who remember the internet before it became a tentacle hellscape with occasional food opinions, we refreshed our browsers every Monday hoping for a new episode of Homestar Runner, a weird but lovely Flash cartoon made by two guys in Atlanta. I’m still not sure how we all learned about it. But H*R’s enduring allure, admittedly, caters to a specific age range. If you were a budding adult during the early 2000s, most of the references just fit right into your soul. If you’re younger, you just may enjoy doing the voices.

It’s still active, somewhat, trucking along even though the framework on which their cartoon is based is on track to be discontinued. Like the baby on the Nirvana album cover, it has to poke its head out at least once a year to demonstrate its health status, and H*R does that in the form of their Halloween episodes, to see what obscure references the characters wear and then go one iteration beyond most people’s understanding. For example, it’s not enough that one year Homestar was dressed up as someone from The Adventures of Pete and Pete, but it had to be Artie The Strongest Man In The World. 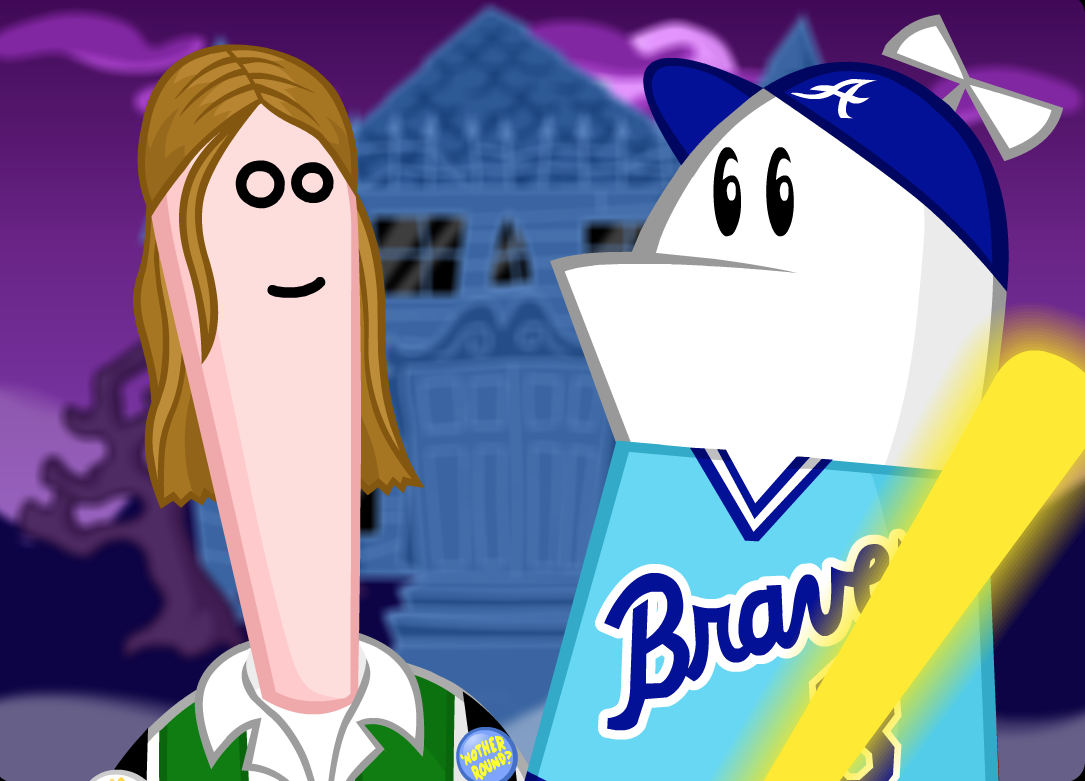 So when Homestar dressed up as an Atlanta Brave this year, he couldn’t just be Dale Murphy, but he had to specifically be Dale Murphy from the Power Alley poster with the glowing bat. It was perfect, right down to the “Mouphy” on the back. The real Dale Murphy even made it his Twitter avatar.

The absurdity of some of the greatest things is that they were invented by accident; Homestar Runner, for example, was coined by one the creators’ friends who didn’t know much about baseball and was trying to reference a commercial featuring Mark Lemke. And you can see that reference if you watch the Flash version and click on Homestar. Or you can watch the YouTube version which I will not link to out of spite because sorry Homestar doesn’t belong on YouTube, which is just one more thing it has in common with Major League Baseball.

The evolution of baseball is generally considered to be languid, put politely, matching the pace of the game itself. But in the first several decades of the existence of professional baseball, the game rapidly changed as it sought to implement a singular, unified set of rules. The game’s officials relied on local newspapers to disseminate this information to their loyal readers, hoping that simple, direct guidelines would entice more people to both play and watch the game. This tactic proved fruitful, as professional baseball attendance increased annually through the 1870s and 1880s.

At a particularly innovative period in American history, baseball slang held its own, varying from region to region and year to year in an effort to combine individuality with uniformity. The quality of these terms differed, and newspapers were occasionally forced to supply semi-annual glossaries for translation, but there are several whose extinction is truly unfortunate.

In honor of the World Series and the melding of old and new, let’s determine just how well some of these terms would fit into the modern game.

The Orbit Tier: These terms are best left dead and buried. They have no place in the modern game.

The Yasiel Puig Tier: These terms exude fun, but for some bizarre reason, people just wouldn’t like them.

The Rich Hill Tier: Sure, these terms are old, but after a bit of rehab, they can provide oodles of value in today’s game.

The power to restore these phrases lives within you. Work them into your sports bar banter, try them out at the water cooler. After all, a triplet whistling in Sacramento can cause a tornado in New York.