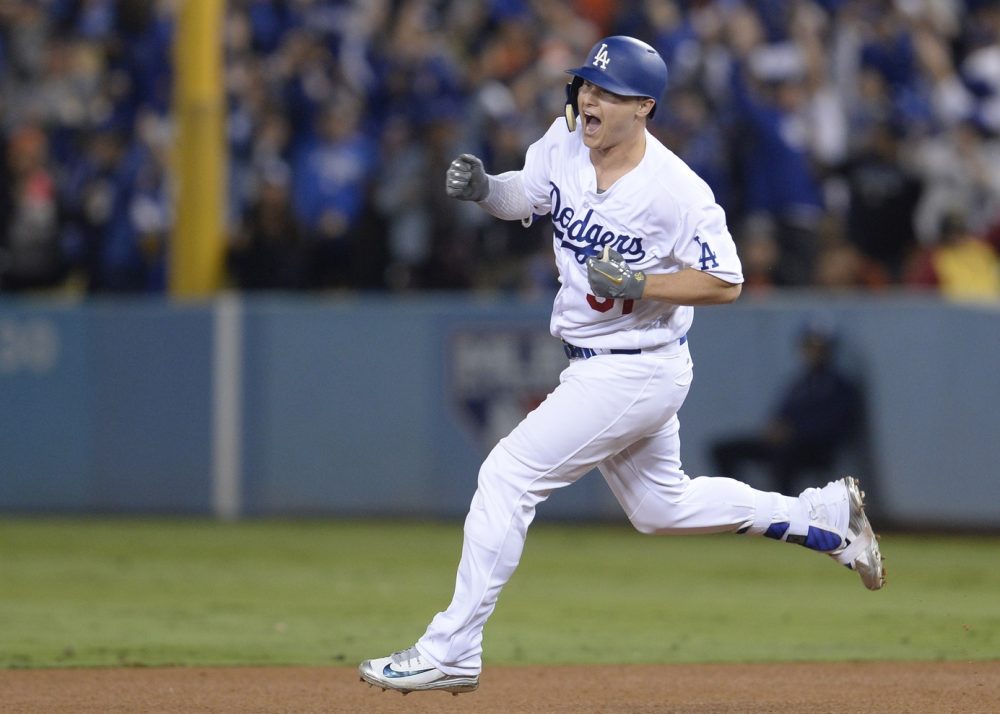 Nobody knows for sure who is going to win Game 7 tonight, but if one thing is certain it’s that everybody had a feeling this series was going to go the distance. Yasiel Puig spoke it into existence after Game 5. Lance McCullers is starting for the Astros tonight and he told reporters that he knew it was going to go to Game 7. Every neutral fan out there wanted this series to go the distance and even the fans with a rooting interest would probably admit when pressed that they secretly wanted this amazing series to have the fitting ending of a one game, winner-take-all slugfest for the right to lift the Commissioner’s Trophy.

So naturally, when George Springer went deep in the third inning to break the scoreless deadlock and put Houston on the board in Game 6, there was a feeling that this wasn’t a major turning point. If anything, it was supposed to be a sign that after Justin Verlander and Rich Hill traded two scoreless innings, the game had come to life.

Indeed, things got intriguing from there. Once the fifth inning rolled around, the Astros seemed poised to add to their slender lead and inch ever so closer to lifting that trophy. Houston’s first two batters reached base, and with Springer looming, Dodgers manager Dave Roberts decided that this was the time to give Hill the hook. It’s safe to say that Hill wanted very badly to get the final out in that inning.

Fortunately for Los Angeles, Brandon Morrow made sure that the cups of water in the dugout weren’t flung in vain, as he got Alex Bregman to ground out to keep those runners from making it home.

As it turned out, preventing Houston from scoring those runs ended up being a huge development for the Dodgers, because the sixth inning is when the breakthrough occurred for Los Angeles. Verlander has been reaching back deep into that tank of his to pull out some vintage performances since donning an Astros uniform and it seemed like he was well on his way to possibly pitching Houston to a title.

However, Chase Utley entered the game in the top of the sixth and immediately made a defensive impact. Then in the bottom half of the frame, when it was his turn to bat with a man on first and nobody out, he did something that he’s mastered over the course of his Hall of Fame career—he got hit by a pitch.

That led to Chris Taylor hitting the double that put the Dodgers on the board and eventually Utley ended up scoring the game-winning run thanks to a sacrifice fly from Corey Seager. Just like that, the Dodgers had proven that the Astros’ version of Verlander was indeed a mere mortal and Houston would have to score more in order to bring the trophy from the case to their locker room.

The task for Houston got even more difficult following the bottom of the seventh inning. For starters, they were forced to play NL ball, which meant that Verlander had to come out if they were going to take advantage of the leadoff runner getting on base. Kenta Maeda put out that small fire and shut down the Alex Bregman-drives-in-Derek Fisher combo that ended the instant classic Game 5.

Once again, the Dodgers made sure that Houston would rue their missed opportunities, and this time the moment of regret came thanks to a huge dinger from Joc Pederson. Joe Musgrove’s taken his fair share of lumps in this series and he sure took a big one here from Pederson.

Joc’s jack may not have impressed the Statcast deity, but dingers are dingers no matter how pretty they are and this was a big one. Plus, it was a continuation of what’s been a postseason of big knocks for Joc.

That gave Kenley Jansen a two-run cushion to play with for his six-out save. The eighth inning took Jansen only seven pitches, and leaving him one inning from forcing what a lot of people in dugouts, press boxes, and couches across the country figured was coming: November baseball.

L.A. didn’t add to the lead, but they didn’t need to. It sure seemed like Jansen was pitching like he was trying to make up for the other times in this series where Houston’s high-powered offense got the best of him, and this time Jansen got the best of them. Twelve pitches in the ninth inning turned into three outs and Game 7 now beckons.

If we’re all being totally honest with ourselves, there was nothing really incredible or astonishing about this game. We can’t get a Game 2 or a Game 5 for every game, but there’s nothing wrong with being the bridge to a Game 7. These are two 100-win teams that have played incredibly entertaining baseball at a high level for six games.

We all hoped that Game 7 was coming, and maybe Game 6 was the calm, sunny bridge that these two teams needed to cross before going into the storm that is the one-game winner-take-all finale of the 2017 season.

You need to be logged in to comment. Login or Subscribe
David Bowers
I wish Bob Gibson was still around to "educate" Joc.
Reply to David
tearecrules
Hopefully MLB will be investigating Pederson and Turner for their in-clubhouse gambling. I think a suspension for the remainder of the playoffs will send the appropriate message.
Reply to tearecrules
tearecrules
I'm sure one of these days I'll get tied of watching Pederson ground out with the bases loaded, then striking out on ANOTHER breaking ball inside, but it is not today. SIT DOWN JOC.
Reply to tearecrules