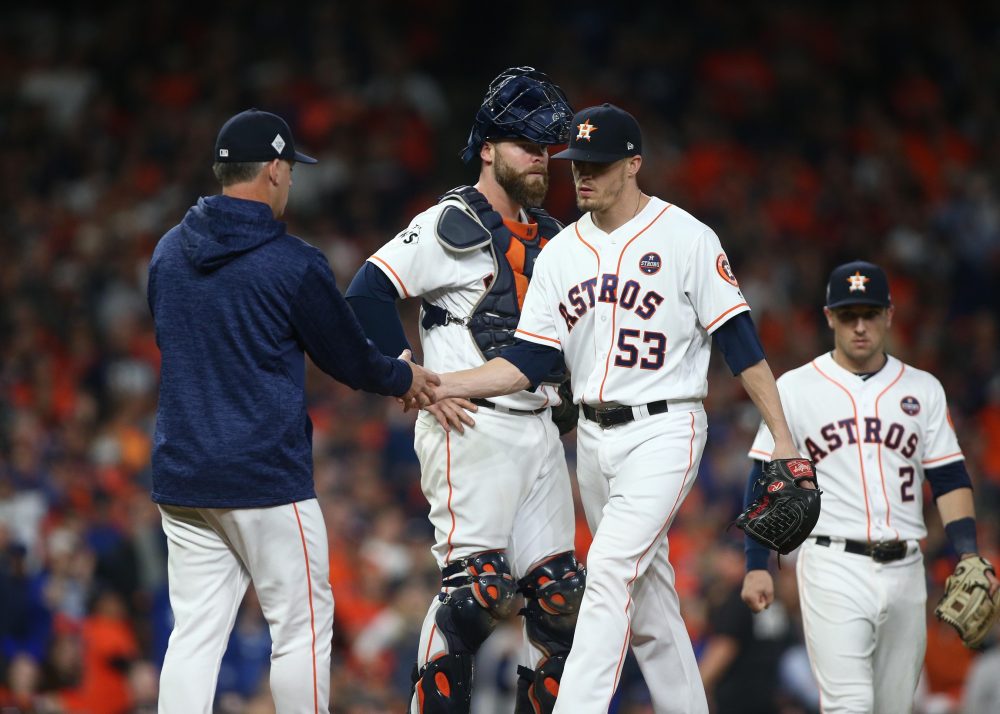 When I was a kid, back when the hot video games involved simulating duck hunts and popping bubbles, every family had a board game closet, which usually contained some version of what I’ve come to know as “inevitable doom” games: Jenga, KerPlunk, Don’t Break the Ice (or its early-90s clone, Thin Ice—different from its predecessor because it used a tissue and wet marbles instead of a tiny hammer, I guess?).

In case you haven’t played one of these games before, basically game play consists of making your move, a brief respite after you realize you haven’t ended the game with your ham-handed attempt, and then waiting in terror until the next time to make your move, punctuated by a precipitous spike in said terror at the exact instant you release your wooden block/stick/marble/plastic ice floe/assorted instrument of torture.

I have no proof that people who enjoy playing these games as children grow up to be high-stakes gamblers or extreme sports fanatics or pharmaceutical executives, but I also don’t have proof that it doesn’t happen, so just chew on that for a moment, parents. The holidays, they are coming.

For 35 outs, Game 4 of the World Series played out like one of these games writ large. Charlie Morton made a tactical error early, giving Chris Taylor a 98 mph fastball that caught too much of the middle of the plate, which Taylor deposited into center field for a game-opening single. But after that, Morton settled into a groove that had him cruising into the seventh inning, striking out seven and walking none.

Alex Wood didn’t have Morton’s level of dominance, walking two and striking out three batters, but was able to lean on his changeup to fool the Astros’ hitters into ugly swings that resulted in soft grounders and strikeouts. Between the two of them, Wood and Morton recorded 14 ground-ball outs, as the game zipped along through the early innings.

On “N***** in Paris,” from Jay-Z and Kanye West’s 2011 album Watch the Throne, the two caution: “Don’t let me get in my zone …” and end on a warning that can be equal parts braggadocio and chilling: “I’m definitely in my zone.” Being “in the zone” is a term we’re familiar with from the sports world, but it’s an idea first codified by Hungarian psychologist Mihaly Csikszentmihalyi in his work with flow theory in the 70s. “Flow” is a state of being perfectly immersed in an activity, where the challenge is commensurate with one’s skill; the external world and its superfluous concerns drop away, leaving just the actor, intent on their subject.

The ace pitcher with a laser focus on sitting batters down is maybe a notion we associate more with Kershaw, Verlander, Keuchel, Darvish; the marquee pitching names of this series. However, as Wood and Morton took turns striding off the mound after hanging another successive zero, it became obvious that these two pitchers—unlikely suspects though they might be—were entirely in the zone. Wood may have pitched less efficiently than Morton, going to three-ball counts six times, but he was able to carry a no-hitter into the sixth inning.

According to Csikszentmihalyi, the abilities we innately have don’t matter so much as the ones we think we have. Put someone in an environment where they can experience some success, and see how far they can press to the extent of their abilities. Like Shakespearean foils, Morton and Wood needed each other to set the benchmark of success; neither one’s performance would have been possible without the other, answering call.

The thing about inevitable doom games, though, is inevitably, there is doom. The Jenga tower will always collapse, the marbles will always fall, the polar bear will always plunge into imagined icy water (it just occurred to me that, in 2017, 1968’s Don’t Break the Ice is eerily prescient).

In baseball, each inning theoretically wipes the slate clean, resetting the board for another onslaught. But anyone who has seen a no-hitter fall apart in the later innings of a game knows that this isn’t necessarily the case; pitcher arms tire, for starters, and so the effect is cumulative, even if each inning reflects a fresh start. Wood was the first to bend, and his reaction seemed like something out of a game, like the air being taken out of a holiday inflatable, or the physical embodiment of when that darn marble refuses to fall in Mousetrap:

(Also, a pox on your house, FOX, for putting that “no-hitter” banner on the scorebug)

Morton would make it just a bit further before his flow was interrupted by a ringing Cody Bellinger of a double into the deepest part of Minute Maid Park, which is an odd little corner like that weird triangular part of your grandmother’s pantry that used to be part of the servant staircase or something. I’m not saying MMP is haunted, but I might also be saying that.

Speaking of haunted and flow, Bellinger had whatever the opposite of flow is for the majority of the postseason. After slugging .581 over the course of the regular season, Bellinger’s bat had gone so cold in the postseason, scientists applied for grants to study it. But Morton hung him that curve, and then Ken Giles … just, what are you doing here, Giles-monster? 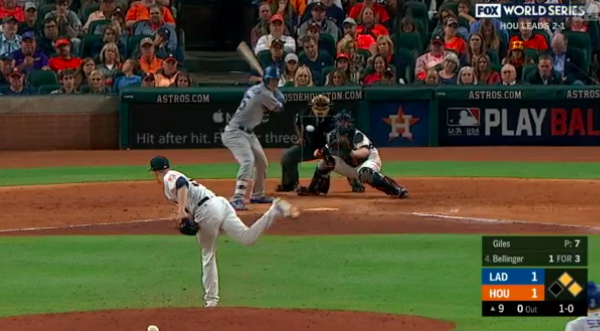 This 95 mph fastball is not a pitch located in the well-documented Bellinger Hole. That is a pitch that appears in the first two minutes of a Law and Order episode, tottering down a darkened street after a night in the club. “Oh hello, what are you doing here?”

The Dodgers would go on to pile on some runs at the buffet, when Joc Pederson, another young player struggling in the postseason, would follow Bellinger’s trail of breadcrumbs to the land of Flow and tattoo a high, 94 mph fastball over the right field wall at the “baby park.” I am no queen of pitching mechanics but I have questions about the Karate Kid school of finishing positions: 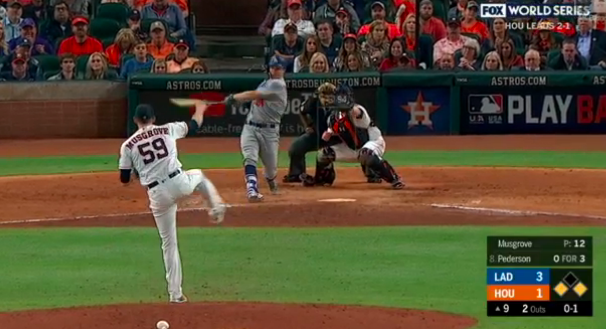 The margins for success in the postseason are razor-thin, every at-bat a high-stakes game compressed into the span of a few minutes. Nowhere is that more evident than in a pitchers’ duel, the equivalent of that science experiment you did in high school, carefully layering water drops onto the surface of a penny. All wins matter equally, of course, but it’s hard not to give a little edge to the Dodgers after this one, for the young stars finding their flow, and to the team that confidently pushed another brick out of the tower, believing fully it wouldn’t fall.