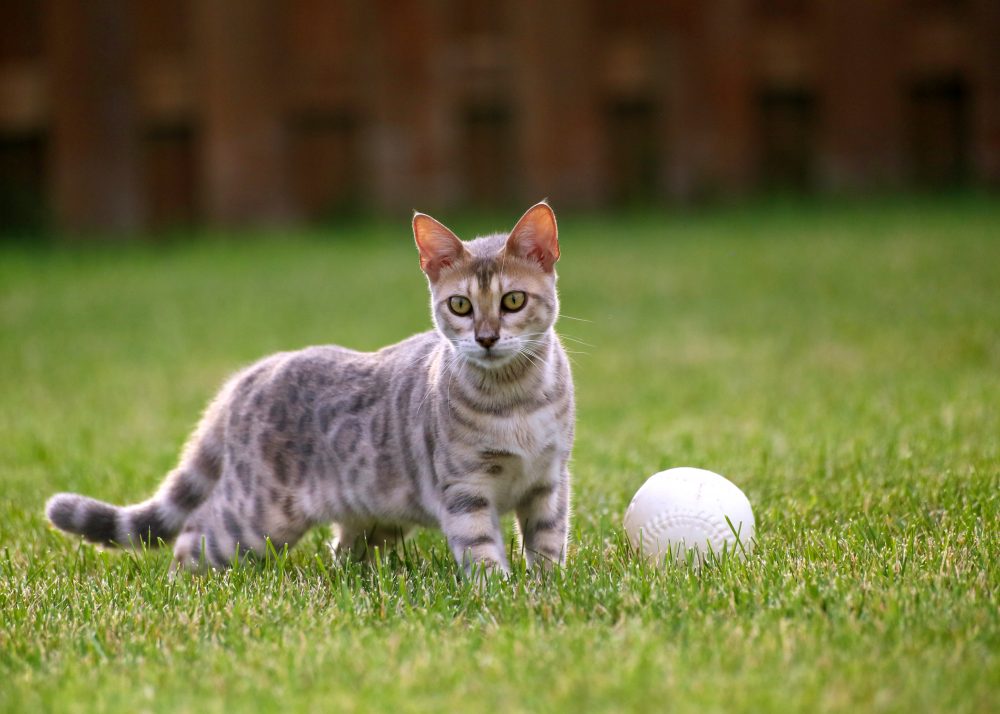 On Cats, Anxiety, and the Houston Astros

Verne is not a terribly… good cat. She’s not even all that cute. She doesn’t do much beyond sleep, yell at nothing in particular (she’s deaf as a stone), and occasionally pee on my bed when I’m at work. Oh, and she drools―all the time. Her full name is actually Drools Verne. It’s disgusting.

But what Verne is very good at is allowing me to incessantly poke, prod, squeeze, and nervously pet her during this year’s World Series.

People with generalized anxiety are constantly concerned with outside factors. Sure, they worry about how those factors might affect them, but the consternation comes from the (often fabricated) threats to their physical and emotional well-being. Given this, it’s a wonder I ever started following any kind of sports at all. What could be more of an outside factor than 50 men you’ve never met, thousands of miles away, playing a game you never really did?

Some chew their nails, some chain smoke, some do breathing exercises. I constantly pick at my cat. I fuss with her ears, I run my fingers across her rib cage, I wrap her tail around my index finger like a telephone cord. And despite her displeasure with seemingly anything that inconveniences her in the slightest, she puts up with it for three-plus hours of baseball.

For the first time in quite a while, I have a rooting interest in one of the teams in the World Series. Because of this, I’m finding it difficult to process all my feelings at the moment. There will probably be a sizable postmortem coming at some point, but for now the best I can do is thank my cat for being normal-sauce while I freak out in a small yet echoey studio apartment. It’s not like she can read English or anything, but… you know. I thought it should be said. Good looking out, Verne.

No Teeth Were Broken

Justin Turner, anonymous journeyman infielder turned Dodgers folk hero, is a survivor of what was probably one of the worst hit-by-pitch experiences of all time. For those unfamiliar, while batting in the third inning of a do-or-die College World Series game in 2003, Turner was not only hit in the face by a pitch, but in his unsuccessful attempt to evade that pitch, his cleats caught in the dirt, twisting his ankle and adding injury to even worse injury. Five batters on Turner’s team were hit that day, a College World Series record, but Turner was the only one hit in the face. He was the only one injured badly enough to have to leave the game.

He was rushed to hospital for X-rays, face bloodied, limping; the tests determined that he had no cracks in his head bones, and Turner, not wanting to abandon his team at such a critical time, returned to the stadium. Minutes after he arrived, his team gave up a walk-off homer that ended their season.

And in this article, one of only two I could find reporting this event, the writer chose to include a four-word paragraph, hanging alone in the middle of the story as though it were a detail of critical importance:

“No teeth were broken.”

It’s strange, the fragments of optimism that we cling to in bad situations. Little pieces of normality, so commonplace that we hardly notice them on average days, are transformed into saving graces, a series of at leasts repeated like mantras. Details previously taken for granted can keep you afloat. You cling to the comfort of familiarity, of small things that could have been worse but aren’t.

I keep thinking about what that must have felt like, being Justin Turner on that day in 2003. Imagine the horror of realizing you are about to be hit in the face by a pitch. Imagine the desperation, trying to get out of the way; imagine the pain of impact, of hearing the sound of the ball smacking against your cheek. Imagine lifting a hand to your face and feeling the blood, and realizing that oh god, you’ve twisted your ankle, too, that there’s a pain shooting up through your leg, and your face is swelling up, and you can hardly see out of one eye. You can’t even walk away from this scene yourself. You have to be helped off the field, a gruesome, lame spectacle―and it’s the College World Series, the biggest baseball stage you’ve ever played on, and it’s a do-or-die game, and it’s only the third inning. You were just trying to lay down a bunt, for crying out loud. You have to spend hours waiting in the hospital for the doctors to tell you how badly messed up you are. And when you are finally able return to the game, you get there just in time to watch your team get eliminated from contention, knowing that if only you’d been able to duck another inch, if only your spikes hadn’t gotten stuck, you might have been able to prevent the loss.

But, hey: At least you still have all your teeth. No teeth were broken. That counts for something.

Lefty Grove was the best pitcher in the majors in 1929. The Philadelphia Athletics hurler led the league in ERA at 2.81 (this was the onset of the lively 1930s run environment), started a circuit-high 37 games (winning 20), and struck out 170 batters, also tops in the league, while walking less than half that many. His team, too, was the best in the league, winning 104 games and handily defeating the Cubs in the World Series, 4–1. It was a good season at Shibe Park, by all accounts, signaling the start of the Athletics’ last competitive run in Philadelphia.

Although the World Series went five games that year, Grove tossed only 6⅓ innings. The southpaw wasn’t hurt—rather, the iconoclastic Connie Mack deployed Grove as the team’s ace reliever in Games Two and Four, in outings of 4⅓ and two innings, respectively. Mack tapped George Earnshaw, Howard Ehmke, and Jack Quinn to start instead of his ace, and Grove successfully closed out wins in the two games he pitched, rewarding his manager with 10 strikeouts, one walk, three hits, and nary a run allowed.

Writers have made hay in the past two years arguing over the merits of “bullpenning,” either by marching out fireballers one by one from the fifth inning on, or developing “super relievers” in the form of Andrew Miller, pitchers who can enter the game at any time and pitch multiple innings. Many of these ideas have not only ignored the obvious—that such games would be pretty boring, and that players who can execute the strategy consistently don’t exist in sufficient quantity—but have also indulged in embarrassingly ahistorical posturing. Baseball strategies are often recursive, since they are generally reactive and not proactive, and these would-be bullpen mavericks are advocating for usage similar to Mack’s deployment of Grove.

In a sport so enveloped in its past, engrossed in its traditions, those who would remake the game blanch when confronted with examples of radical thought that came before. How could Mack have used Grove unconventionally if Mack himself was so instrumental in the genesis of so many conventions?

Erasure of historical precedent when thinking about baseball’s present and future is, at best, prideful, and, at worst, actively harmful. The game’s current tastemakers could learn from Mack and others like him, with the surplus of available data regarding bullpen usage and experimental pitching patterns accumulated over the past century-plus. Such erasure is impractical, of course—why would one who stands to gain an advantage dismiss such information?—but is also a symptom of larger historical processes that serve to erase the memory of organized baseball’s historical warts. It’s not a big leap from “MLB managers have never implemented such radical pitcher usage” to a denial of organized baseball’s racial and gender segregation, the former of which persists in subtler forms while the latter persists as strongly as ever.

Historical memory, collective memory: These are shaped not only by those who lived years ago, but by those who live today and who have a stake in shaping it to their advantage. Don’t forget Lefty Grove’s World Series exploits, for fear of forgetting things much more important.