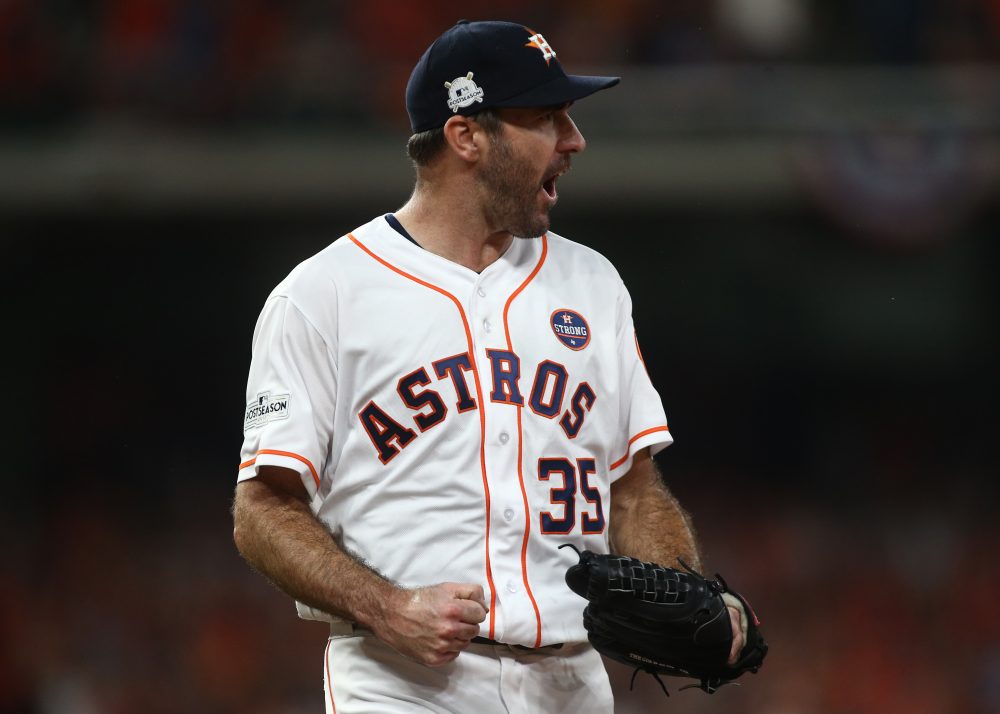 I wouldn’t exactly call Game 1 of the World Series a surprise. The home team–the best team in baseball by wins over the entirety of the season–parlayed an excellent performance by their Hall of Fame starting pitcher into a win over a gutty performance by the opposing team’s 1-A ace. There were lots of strikeouts, and the runs in the game were scored off homers in a season chock full of strikeouts and dingers. It was a taut, exciting game but hardly qualified as unexpected in terms of outcomes.

Tonight? Tonight we start to get weird.

Tonight we have to wrestle with two conflicting expectations. First, there are the Dodgers, who look so strong coming off their previous playoff wins and last night’s victory, and are possessed of both powerful lineup and dominant bullpen. As the home team, they are likely projected to win any possible game at home, no matter how powerful their opposition might be. They are a great blue juggernaut rolling over their competition. In essence, they are Bigfoot.

On the other hand, we have Justin Verlander’s screaming fastball. Unlike any other pitcher since Curt Schilling, Verlander embodies the gut-it-out playoff ace narrative, and for excellent reason. With his history of being able to step up his performance late in games or at the end of seasons, the no-hitters, and his larger-than-life reputation, the big righty has taken it up a notch since coming to the Astros. It is almost impossible to look at him taking the bump in October and bet against his team.

The Dodgers are in the right place. The Astros have the right pitcher at the right time. Something will give.

Corey Seager didn’t look half bad in his first game back last night, going 2-for-3 and looking very aggressive at the dish. A mostly healthy Seager is a dramatic improvement over Charlie Culberson, and moves this Dodgers lineup from “scary” to The Shining. It’s likely that vets Chase Utley and Joc Pederson or Andre Ethier will supplant Logan Forsythe and Enrique Hernandez in the lineup against Verlander, which may give the team just a little more flexibility for late-game moves. Pitching-wise, I’d expect the only two guys the Dodgers used after Kershaw last night–Brandon Morrow and Kenley Jansen–to be completely available tonight, as neither hurler threw more than 15 pitches.

On Houston’s side, I’d expect them to run virtually the same lineup from last night, with few changes or exceptions. There’s the possibility that Lance McCullers or Charlie Morton could be available if the Astros get desperate, which might lead to a Collin McHugh start down the line, but expect the Astros to look to Verlander, one of Brad Peacock or Chris Devenski in an encore performance, and then Ken Giles. The bullpen here is enough of an open question that availability isn’t going to be the primary driver of who pitches tonight.

You can say that this is a critical game for the Astros already, as going down 0-2 to start a World Series is a recipe for disaster. This is not wrong. At the same time, every single game during a World Series is a critical game. Nothing about this particular outing is more critical than any other during this seven-game stretch. Both teams have to win four games to take home a trophy, and that still hasn’t changed.

However, Game 2 presents, possibly, the Astros’ best chance to win a game on the road. Game 5, if we make it there, might present the Astros’ best chance to win a game overall (at home, Dallas Keuchel on the mound), but the games Verlander pitches are the ones in which the Astros should feel the most confident. That can break down quickly; if Verlander goes three innings and looks bad, it could be a confidence crusher. But PECOTA only gives Los Angeles a slim advantage despite holding home-field advantage in this one. The Astros gave been absolute murder on left-handed pitchers this season, and while that may not have held up against Kershaw–few things do–Rich Hill is not Kershaw. (I think.)

While the Dodgers may not be facing the same kind of pressure as the Astros, no one should be resting easy. If the Astros steal an away game in L.A., then that means the Dodgers have to do the same during the long slog in Houston this weekend. They’re equipped to do it, but potential and practice are two very different things, and a loss tonight may actually put them at a disadvantage overall in what will have become a five-game series where they do not hold home-field advantage.

So sure, the pendulum could swing tonight, if any one structure in the system breaks down. But Verlander is among the least likely cogs in any system to break down, as he’s shown over more than a decade of relatively consistent excellence. Expecting another shutout seven might be over-relying on his story, but he’s very likely to keep the Astros contending until their bats heat back up. This is what the Astros acquired him for, and his success is expected. We saw one postseason pitching narrative busted wide open last night. For Houston’s sake–and maybe for the sake of a long, competitive series–let’s hope that a second one doesn’t fall by the wayside tonight.