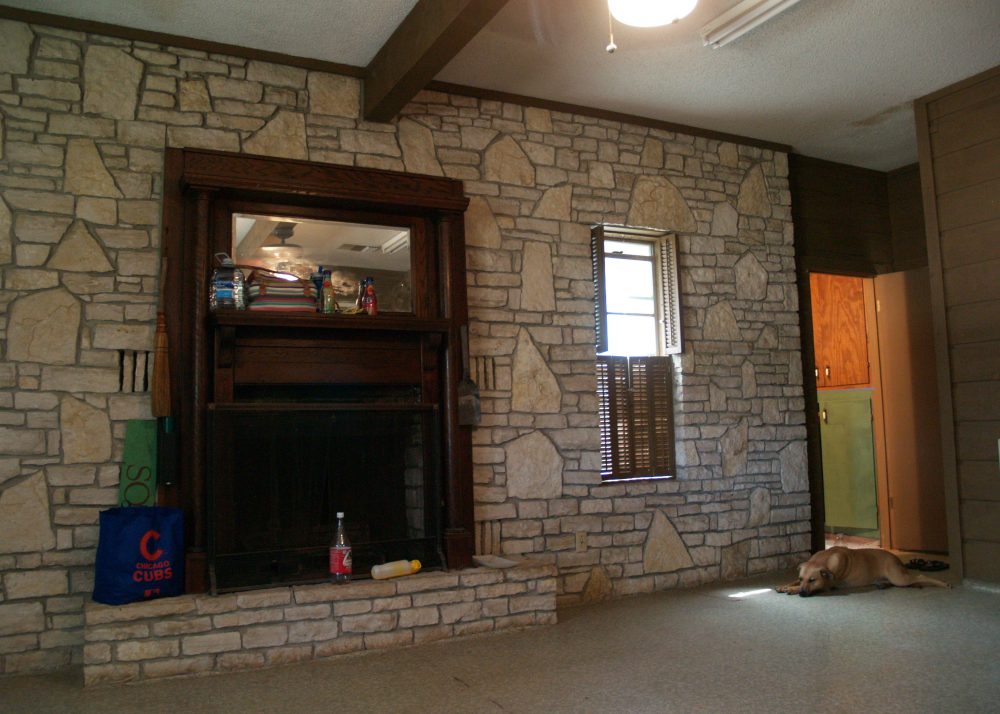 It started out as a joke, but she was going to hold him to it. She’d won the room, after all, and that had to mean something. They’d made the rule early on, shortly after moving into the house on Fairfield Drive―such a genteel, generic-sounding address, so unlike the street she’d grown up on, Shackamaxon, with its wild frenzy of consonants and Virgin Mary statues on the front porch and the Flanagan place on the corner lot where the Christmas decorations stayed up all year. It was true what they said: Everything was bigger here, but also more forbidding, all the houses far away from each other and sedate, stately, the color of coffee with too much cream.

It all started when she liked Ocean Pearl for the tray ceiling in the master suite, but he was insistent on Forest Whisper. It’s just so green, she’d tried to explain to him. It’s more like a forest shout. His rejoinder: Ocean Pearl was exactly, not kidding, the exact color of his grade-school cafeteria walls. “I can smell fish sticks just looking at it,” he’d said, joking in the way that’s not joking. They’d tried to compromise on a fleet of other colors, each with more outlandish names than the last―Desert Promise, Buttered Snow, Aleutian Bathysphere―but it always came down to this: Each of them liked their chosen color the best and hoped the other would come around. In the end, they’d had to flip for it, and he’d won, and now she spent her nights staring at the overly green ceiling pressing down on her.

But she’d won the great room, with its attached sun porch that had sold them on the place. It had original wood floors and high ceilings that made it sound like she was shouting down a hallway, and she envisioned stocking it with a big television and a bar cart and a long, squashy leather sofa for all the friends she hoped to make here. She set the paint can on a drop cloth and pried off the lid to find not paint, but memories: a lipstick-red pilled bedspread, a SEPTA token clutched tightly in a tiny palm, the smell of crab fries on a summer afternoon. She’d spent the better part of the morning taping the room, draping the furniture in plastic; now, she stood poised with her roller, needing only the soundtrack that had punctuated every summer, from splashing in the community pool to scooping water ice for minimum wage. “Alexa, play MLB Network.” She pressed the roller to the wall and filled up all that white with Phillies Red.

He hung on the lintel; she heard it sigh under his weight. Without turning around she knew he was dressed for golf, in his polo and pressed khakis, crisp and bright as Easter Sunday. She tensed, waiting for him to speak. The Phillies were up. Someone had just gotten a hit. She tried to concentrate over the sound of his soft chuckle. “Jesus, Karen, it looks like we live in a Kmart.” He turned to walk out, then paused. “Alexa,” he said, “play PGA Network.”

She allowed a moment of cold fury to shoot through her before she chased him down, brandishing the red-soaked roller, joking in the way that’s not joking.

Rooting For No One

So, you guys hear about this World Series coming up? Wild stuff. Apparently they’re picking a champion out of all of baseball! Crazy. I mean, I don’t think it’ll work, but hell, good for them for trying something new.

But unless you’re a fan of the Los Angeles Dodgers or the Houston Astros, you’re probably left wondering who you’re going to be rooting for over the next week. If it were a Yankees-Cubs World Series, I’m sure you’d have your pick chosen already, based on some sort of distant relative’s longstanding dream to see a 28th championship or a second championship. But the Dodgers and the Astros? Well, that’s tricky.

You’re maybe hoping I’m going to give you some hints here. That would make a lot of sense! Sadly, no―I have no metric to help you make a decision. Maybe if you’re really into Brooklyn, you can do a throwback Dodgers run? Or if you love the colors orange, brown, or yellow, you can root for the Astros.

Ultimately, though, it doesn’t matter! Rooting interest is a completely fictional set of stakes that you’re using as a crutch to avoid cheering for Platonic Baseball. Are you a bad enough gender-neutral dude to root for aesthetic perfection over seven games? Do you have what it takes to hope for efficient and eloquent pitching? For timely hits and extra innings? Can you find it in yourself to hope for an instant classic?

Nah, me neither. But, this year, I’m gonna try: I don’t have a horse in this race, on purpose! I’m going to try to watch all of the games and take them in as a final soupçon of baseball, a sorbet course that reminds me of what I love about the game before I get a long, long break before the doors to the kitchen swing open again.

Or, heck, at least I won’t be angry at sports for once. Go baseball!