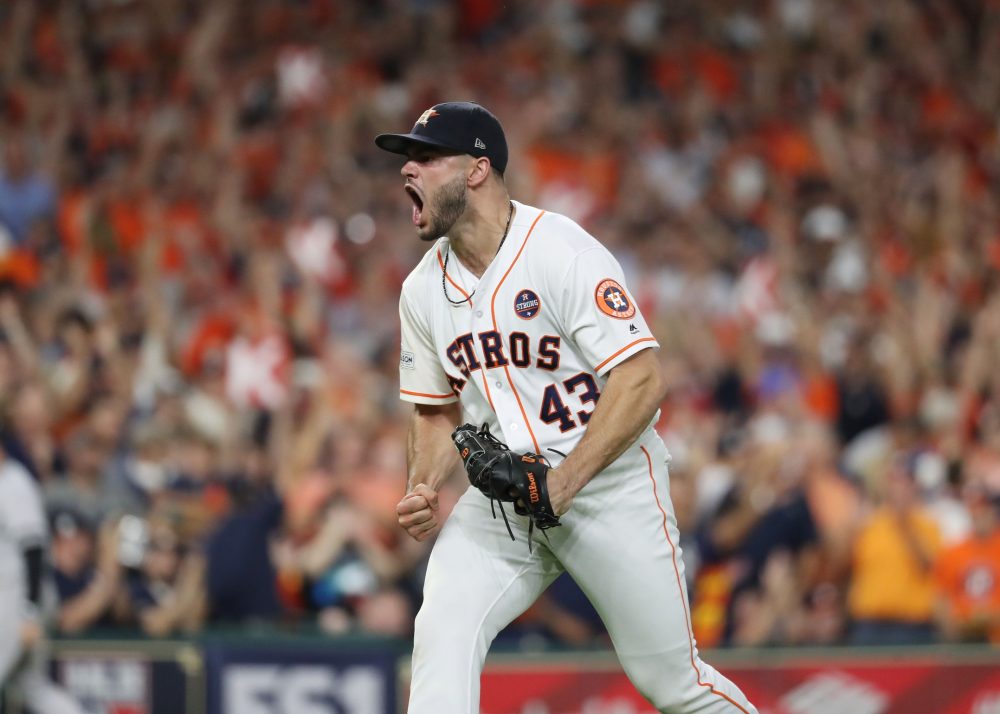 October 14, 1908: Behind a three-hit shutout by Orval Overall and RBIs by Frank Chance and Johnny Evers, the Cubs beat the Tigers 2-0 to take the fifth World Series, four games to one. They would not win another title for 108 years.

What defines a drought? Technically, it depends. There are four types of droughts: Meteorological (precipitation shortfall over an extended period), agricultural (impact of soil moisture deficit on crops), hydrological (effect of precipitation shortfall on the water supply), and socioeconomic (effect of the other three types of drought on supply and demand for economic goods).

So when we talk about droughts in baseball, we’re not speaking about what the OED describes as “a prolonged period of low rainfall, leading to a shortage of water.” Rather, we’re going with the “prolonged absence of something specified” definition. When Tim Raines hit a two-run triple in the 13th inning of a scoreless 1987 All-Star game to win it for the National League, the International Brotherhood of Headline Writers directed newspapers to publish game accounts headed by variants on “Raines Ends Scoring Drought.” Clearly, they weren’t talking about any of the four defined types of droughts. They were describing a prolonged absence.

October 4, 1955: Johnny Podres scatters eight hits and two walks, shutting out the Yankees 2-0 as the Dodgers win the seventh game of the World Series. Despite the team’s success—Brooklyn had won the National League five times in the past nine years—this was the franchise’s first championship.

Heading into last night’s Game 7 of the American League Championship Series Presented By I’m Not Obligated to Say, there were plenty of droughts in effect. Houston led the majors in runs with 896 during the regular season, but they were hitting .166/.255/.254 and scoring less than half of their season average of 5.53 runs per game. So the team was in an offensive drought.

There were individual offensive droughts that were more severe. Josh Reddick was 0-for-21. Alex Bregman was 3-for-20. Catchers Evan Gattis and Brian McCann were a combined 2-for-20.

The Astros’ starting pitcher, Charlie Morton, was in a postseason drought. Despite pitching well, he took the loss in the Cardinals’ Division Series-clinching Game 4 win over his Pirates in 2013. His two postseason starts this year had yielded a 10.13 ERA and only eight innings pitched.

His fellow starter Lance McCullers had a drought of his own. He’d pitched masterfully in Game 4 of the 2015 ALDS against the Royals, departing with one out in the seventh inning and the Astros—leading the series 2-1—ahead by a 3-2 score. Houston’s relievers gave up seven runs and the Astros lost the game (and in the next game, the series). His next postseason start was the fourth game of this year’s ALCS, and he once again pitched well, again departing in the seventh, this time with a 4-1 lead. Once again, his bullpen imploded, and Houston lost 6-4.

The Yankees’ starting pitcher, CC Sabathia, had no such postseason drought. He was an October star for the 2009 champion Yankees—1.98 ERA in five starts, ALCS MVP—and was the winning pitcher in this year’s ALCS Game 3, shutting out Houston over six innings.

October 9, 1966: Baltimore beats the Dodgers, 1-0, on a Frank Robinson home run and four-hit pitching by Dave McNally. The victory completes a four-game sweep for the Orioles, who allowed only two runs the entire series, shutting out the Dodgers after the third inning of Game 1. Baltimore becomes the last original American League franchise to win a World Series.

Droughts usually end. For the Astros, it began in the fourth inning. Gattis, who was 0-for-6 with a couple of walks and a sacrifice fly entering the game, faced Sabathia. On the seventh pitch of the at-bat, he changed his line to 1-for-7.

McCann—a left-handed hitter facing the southpaw Sabathia—then drew his second walk of the game, and after he was retired on a fielder’s choice, another lefty batter, Reddick, hit a single, ending both what had become an 0-for-22 drought and Sabathia’s night.

Bregman had a single in the third inning, but he combined with McCann for an even bigger, drought-ending-worthy play. In the top of the fifth inning, with the Astros leading 1-0, Morton allowed a double to Greg Bird and, following a strikeout of Starlin Castro, walked Aaron Hicks, with ball four getting past McCann and advancing Bird to third base. The next batter, Todd Frazier, hit a roller to Bregman at third, too slow to turn into a double play. Bregman aggressively went home, and he and McCann turned a nifty play to prevent Bird from tying the game.

In their half of the fifth inning, the Astros added insurance. Jose Altuve continued his remarkable postseason run—he’s hitting .390/.479/.756 over 11 games—by hitting a one-out homer off Tommy Kahnle. Carlos Correa and Yulieski Gurriel each singled, and after Gattis struck out, Kahnle faced McCann, who was still looking for his third hit of the series. He got it.

The Astros acquired McCann in a trade with the Yankees over the winter. New York is on the hook for $5.5 million of McCann’s $17 million salary this year and next. So the third and fourth runs of the deciding game of the ALCS were driven in by a player who gets a third of his paycheck from the Yankees. He even has facial hair!

October 21, 1980: The Phillies beat the Royals in the sixth game of the World Series to become the last of the 16 franchises in operation when the modern World Series was established in 1903 to win the championship. Steve Carlton gets his second series win and Tug McGraw his second save.

For his part, Morton ended his drought, allowing just two hits and walk while striking out five over five innings, earning his first postseason victory. And when he departed, after facing the Yankees’ order exactly two times, he yielded to fellow drought-sufferer McCullers.

McCullers ended his drought with an exclamation point. He allowed a single to first batter he faced, Brett Gardner, and then retired six straight. But then he walked Frazier on four pitches to start the eighth inning.

The Astros’ game plan centered on breaking balls. Morton threw 24 curves among his 54 pitches, well ahead of his 28 percent curveball rate during the regular season. But McCullers, whose out pitch is his curve, went even further. Through the walk to Frazier, he’d thrown 17 curveballs, 12 fastballs, and one changeup. Ball four, a fastball, was the last time he threw anything other than his curve. He retired the next six batters, including four strikeouts, by throwing 24 consecutive curveballs. He recorded his first save in the majors by throwing basically one pitch, ending his drought along the way.

October 27, 2004: The Red Sox complete a sweep of the Cardinals to win their first World Series since 1918, breaking the Curse blah blah blah. All anybody remembers from that postseason was the ALCS anyway.

October 26, 2005: The White Sox string together a single, a sacrifice, a ground out, and a single in the eighth inning to win 1-0, making Chicago world champions for the first time in 88 years. Their opponent, the Houston Astros, in their lone World Series appearance to date, don’t win a single game.

Sometimes droughts, like Reddick’s, end quietly. Sometimes, like Morton’s and McCullers’ and McCann’s and Bregman’s, the end is noisier. But generally, they do end. Some just take a little longer than others.