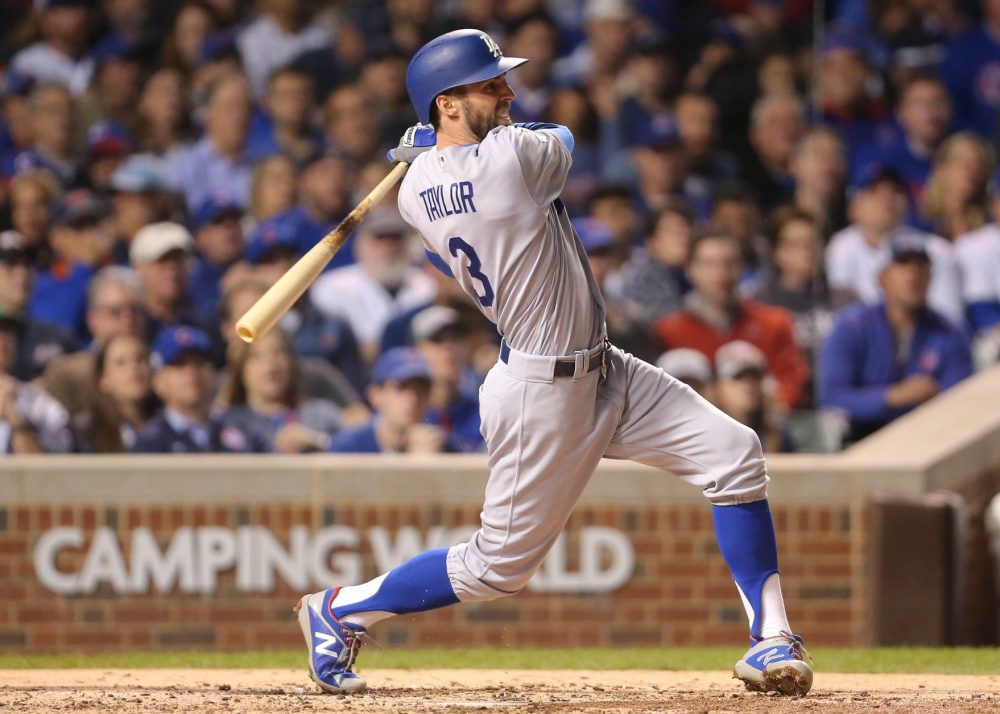 In her essay on losing keys and trucks and fathers, Kathryn Schulz lays out the questions we ask after we misplace something:

When we lose something, our first reaction, naturally enough, is to want to know where it is. But behind that question about location lurks a question about causality: What happened to it? What agent or force made it disappear? … the answers can provide us with that much coveted condition known as closure. It is good to get your keys back, better still to understand how they wound up in your neighbor’s recycling bin.

“Loss” is an awkward category of objects, according to Schulz. We jams all sorts of stuff in it. Possessions, people, emotional states. It is at once literal and figurative, inconvenient and devastating. Baseball losses work a little differently than keys do; we’ve lost something we can’t recover. Cubs fans won’t find last night’s win tucked in among the sofa cushions. The Cubs can go on to win other games, this postseason or next year, but those will be different wins, assigned to different pitchers and times. They aren’t any good to us now.

Baseball’s losses are so oddly weighted and made; they’re more important than the commuter mug you left on the bus, but worlds less important than losing a parent. They’re distant. We have no hand in its making. We aren’t responsible for the passed ball; we’re bystanders. And they’re zero sum. Any time you find your keys, your neighbor loses hers.

We do our work, and sort out our agents and forces. Joan Didion described it as looking “for the sermon in the suicide, for the social or moral lesson in the murder of five.” We attempt to structure our inquiry, make it sensical. Sometimes it’s a well-hit home run, or a masterful pitching performance. Sometimes it’s a blown call. And sometimes, things just work out for the other guy. We come upon a moment, or an inning, or a young career that could have gone wrong, only it didn’t.

The Dodgers are a really good team, but they aren’t immune. Even in a 6-1 win, there were moments when their keys almost ended up in their neighbor’s recycling bin. Let’s see how they didn’t.

The tagline for the above highlight is “Darvish’s Stellar Performance,” and Yu Darvish’s performance was stellar. Six-and-a-third innings, seven strikeouts, just one walk; his only run was a solo shot given up in the first inning to Kyle Schwarber. He left after striking out Addison Russell swinging. He even drew a bases-loaded walk in the sixth to help his own cause. It ended up being the kind of performance that reminds us how dangerous the Dodgers could be in the World Series. Stellar!

Only, it didn’t start out that way. Early on, it had the feel of a mess; a hard-hit mess. After Ben Zobrist grounded out to second, Schwarber hit his home run, with an exit velocity according to Statcast of 102.7 mph. Kris Bryant followed with a single (108.3 mph). Anthony Rizzo struck out swinging, but Willson Contreras singled (103.9 mph). Three hard-hit balls. Even after Jon Jay struck out looking to end the inning, you couldn’t help but do a little bullpen math. But it was fine. Stellar, even!

Darvish looked like he was going to get roughed up, because for a half-inning, the Cubs hit everything hard. Except it didn’t matter. Sometimes you bump a full beer on the kitchen counter, only to right the bottle before it spills.

Before the 2015 season, it looked like Chris Taylor might be the Mariners’ starting shortstop. Nick Franklin was gone and Brad Miller was struggling. The idea was that Taylor would break camp with the big-league club, and Miller would convert to the outfield at Triple-A. Then Taylor broke his wrist. He floundered. The Mariners went with Miller at short; he would be replaced by Ketel Marte. Taylor was traded the following June, because that’s what happens to utility infielders on teams looking for pitching depth. That was Chris Taylor then. This is Chris Taylor now.

Taylor’s career turnaround has been well documented, but this game leaned into the narrative. In 86 games with the Mariners, Taylor hit one triple and no home runs. He hit one of each last night.

Corey Seager was the 17th-most valuable position player by WARP in 2017. He isn’t on the Dodgers’ NLCS roster. Who would have thought that so far, they haven’t missed him much?

It didn’t matter, and it worked out, but someone should probably talk to Roberts. Because counting on things to always work out is how you end up rooting around in your neighbor’s recycling bin.

There were many authors of the Cubs’ loss on Tuesday, different agents and forces. The Dodgers’ bullpen was magnificent; the Cubs’ wasn’t. Yasiel Puig continued a blistering postseason campaign; Andre Ethier hit a home run. Joc Pederson hit a double, and Logan Forsythe scored on a passed ball. They won in all the ways good teams do. But they also won because it didn’t matter that a pitcher hit with the bases loaded in the sixth, just like it didn’t matter that he was hit hard in the first. They won because a utility infielder retooled his swing, and saved his career; they won because a few things just worked out.

The Cubs go into tonight’s game facing elimination; they risk something that can’t be recovered or found. They better hope a few things work out. Otherwise, all they’ll be left with is their loss.