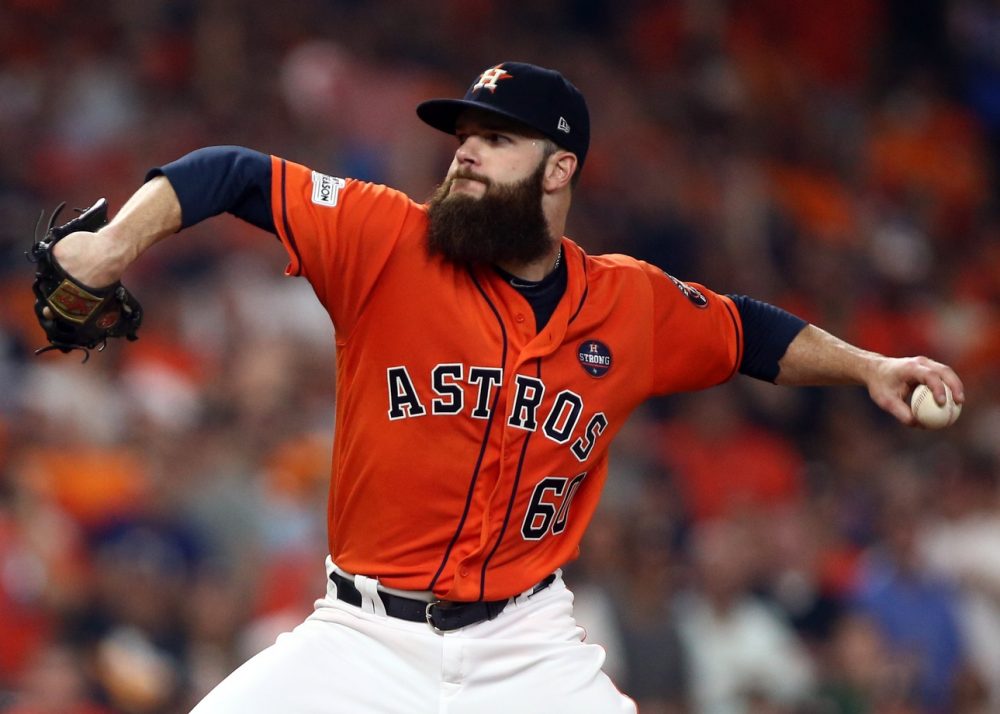 New York evened up the series with back-to-back wins at Yankee Stadium and now the ALCS has turned into a best-of-three contest, beginning with a Game 1 rematch between Dallas Keuchel and Masahiro Tanaka. Houston won the first matchup 2-1 behind seven shutout innings from Keuchel, who has an incredible track record of success versus the Yankees. Tanaka also pitched well with six innings of two-run ball, but the Astros’ lineup is a particularly tough assignment for a fly-ball pitcher who gave up 35 homers during the regular season.

On one hand, the Yankees have to be feeling pretty good after winning two straight games at home to make it a 2-2 series, and their comeback last night was no doubt especially deflating for the Astros. On the other hand, the Astros would have felt pretty good if they knew it would be a best-of-three series with the final two of them in Houston and Keuchel and Justin Verlander lined up to start the first two games.

Both bullpens should be pretty close to full strength, as neither team had a reliever appear in both Game 3 and Game 4, and only Chad Green (28) threw more than 20 pitches yesterday. With an off day Monday there’s plenty of room for either manager to go bullpen heavy early, but given the starting pitching matchup that may not be needed.

Austin Romine drew the start at catcher in Game 4, with Sanchez sliding to designated hitter, but that idea by Joe Girardi can probably be moth-balled for the remainder of the playoffs. Matt Holliday started Game 1 at DH against Keuchel after not playing for two weeks, but he went 0-for-3 and hasn’t gotten an at-bat since. This time around Headley gets the DH spot.

PECOTA sees this as a coin-flip game and it’s hard to disagree. Keuchel gives the Astros a clear on-paper edge, but Tanaka is no slouch and the Yankees are playing at home after a couple of series-shifting victories.