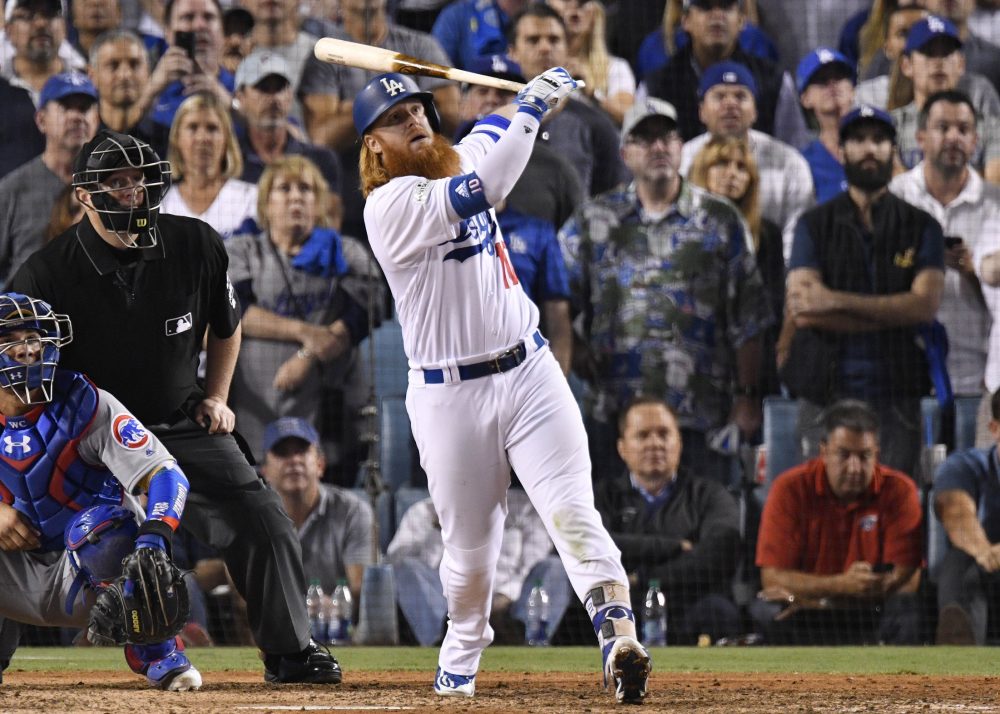 The thing about asking someone to do something they’ve never done before is that they’ve never done it before. Now, if you want to get dialectical materialistic about it there are no static reference points in life, constant evolution is the only permanence, and nobody’s ever really done anything before anyway. It’s a moot point. But pitchers are creatures of habit, and they are most definitely not Marxists by trade—most especially the cranky 39-year-old ones with 470 career starts and earnings well into nine figures.

John Lackey had thrown nearly 3,000 regular- and postseason innings in his big-league life before last night, but that tally had never ticked up on consecutive days. Not once.

We can (and will) speculate ‘til the Cubs come home as to what if any effects this brand new assignment had on Lackey’s paucity of command during two of the most critical at-bats the National League has yet produced this season. Bullpen life does funny things to a man. What we do know is that the raw stuff was there, at least. His heater had pretty good giddyup on it, or at least looked none worse for the typical wear, anyway. And his hooks were coming in harder and tighter than usual. So that should’ve been a good thing too, at least on paper.

But through some fault of his own and some allowance to Chris Taylor’s well above-average eye, he walked his first hitter. And then, for a second straight day, for the first time in his professional life, he grooved an exquisitely center-cut heater to the most dangerous hitter in the world.

This was a fun game, right from the start. Most games that Rich Hill starts are fun games, because Rich Hill is fun. And he had the Good Stuff in this one, with his signature hook in particular biting harder than usual with a couple inches of extra break.

Batters slugged .335 against that curve this year, and they fared worse still when he elevated his four-seamer, managing just a .308 mark against those 89 mph truth bombs. The thing about throwing 89, though, is that consistent location is that much more important. Addison Russell knows all about that.

Jon Lester, meanwhile, became the latest to learn about the Dodgers offense’s unrelenting patience and practicality. Coming off a Game 1 win in which they saw 158 pitches in eight innings, the Dodgers entered play yesterday having worked opposing pitchers for an average of nearly 21 pitches per inning through four postseason games. Beyond the small sample of recent effort, this would not have been a particularly unexpected test for Lester, as the Azul collectively swung at the lowest percentage of pitches in the majors this year.

It’s a daunting challenge to navigate this Dodgers lineup efficiently, and it generally requires a highly precise effort to do so. But Lester was not precise last night. Over his long and storied career, this has happened from time to time, as it has to every pitcher who has compiled such descriptors for their effort over time. Some starts are battles against oneself, and when those starts happen against good offenses they escalate into an oftentimes ugly kind of two-front war.

When Lester has those starts, and he misses his spots in bulk, he tends to miss up and to the arm side. Some of that is a fault of design, as he generally favors working arm side by a good bit, particularly when he’s hunting to end an at-bat. But his arm action is one that can drag a bit, and on nights like last night when he’s not quite synced, it tends to result in spotty command in those directions. Perhaps it was another byproduct of mechanical inefficiency, or perhaps the sum of something more grand and weathered, but he labored for much of the night down a tick off his season’s average fastball, and two full ticks from his prior two appearances.

And without the good gas, he nibbled. Thirty of his 48 balls on the night missed in those directions, and he received no favors from Willson Contreras behind the plate. For all of his daredevil decision-making with runners on base, and the thunderbolts he’ll hurtle around the diamond, he is by account a terrible framer of pitches. It is one of the most lopsided tales of positional tape in this series: Contreras costing his pitchers nearly 10 runs on the year, while his counterparts combined to net their pitching staff nearly 35.

And last night, with Lester struggling to generate any semblance of rhythm, he gave away six bonus balls to Dodgers hitters, including a 1-0 changeup to Justin Turner in the fifth inning that sure seemed to clip the black. Three pitches later, the game was tied, and the Cubs’ starter was nearly done staggering his way through 103 grueling pitches on pure guile alone.

The Dodgers have their own middle men of filth and valor, however, and in tandem with their Riveran capital-“C” Closer they have done unspeakable things to their opponents thus far in October.

This 92mph Slider from Brandon Morrow may be the nastiest breaking ball I’ve seen this postseason.

Twenty-two consecutive hitters got up and sat back down against Angelino relievers before Kenley Jansen became the one millionth customer to drill Anthony Rizzo with a fastball ever-so-slightly off the inside corner.

Other fun stuff happened too: Charlie Culberson raised his postseason OPS to 1.133, sticking his nose into the middle of things again with a well-struck double and gallivanting home with a game-tying run. Javier Baez made about four incredible defensive plays, slapping tags on domes with obscene hand speed and turning two with relay throws that can make Rich Hill’s fastball blush. Potentially Tying Run Cody Bellinger forced a hit that somehow wasn’t an error, his gallop momentarily frazzling the inner ear of Brian Duensing to push the leverage of the eighth inning into overdrive.

It’s honestly not hyperbole at this point to call Justin Turner the most dangerous hitter in the world. Entering the ninth inning of last night’s game, Turner’s postseason ledger included 12 hits in 17 at-bats with runners in scoring position, along with eight hits in his first four-plus October contests this year. Red has been on just about everything he’s seen thus far.

Now, in fairness, he’d never hit a walk-off three-run homer in a playoff game before. So between him and Lackey there were some unprecedented things in the offing for this showdown. But none of that history much mattered to Cub fans, because it probably shouldn’t have been particularly relevant. There was Justin Turner, and all zero of his walk-off three-run homers in playoff games. But there on the mound, still, was … John Lackey?!

This was clarified to me that Davis was unavailable outside of a save situation. Which is odd, but what was decided. pic.twitter.com/ZSW5FlXJSA

Maddon: “I’m betting on (Lackey’s) experience as much as anything.”

It’s a tough nut to crack, this experience thing. And on Sunday night, Maddon, Lackey, Wade Davis, and the rest of the Cubs experienced just how thin the margin for error is against this Dodgers team.

They’ve been down 2-0 before in an NLCS, these Cubs. And on Tuesday we’ll all get to see just how much that experience matters.