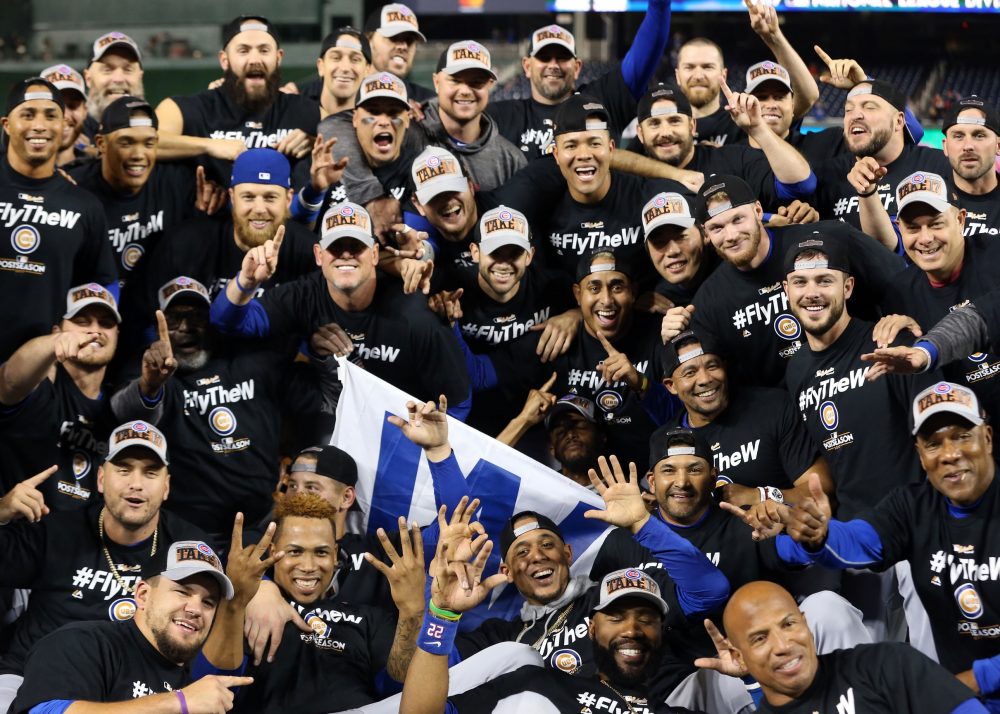 It’s time to break down the NLCS. For infographics on previous series, please see below: 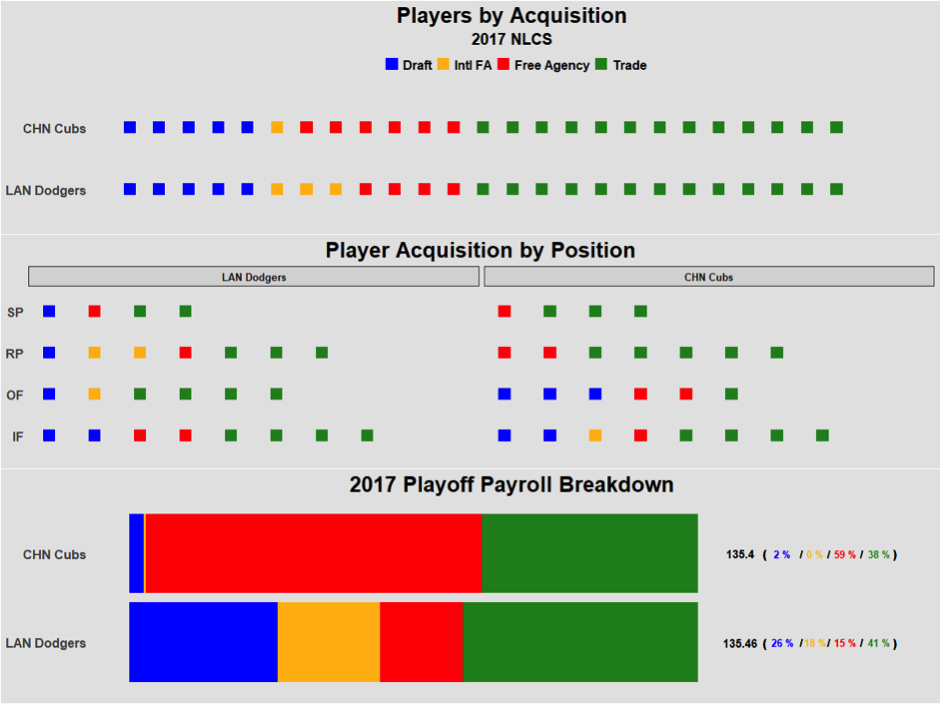 The Cubs and Dodgers are at it again for the second year in a row. And though not much has changed, we can see that both teams have had the same penchant for trading. The difference lies in the Dodgers building through drafts and especially IFAs. The Cubs, however, have gone with free agent signings.

That said, only two percent (two!) of the Cubs’ payroll is dedicated to drafted and homegrown players. That’s the lowest of any team that has made the playoffs this season. Fifty-nine percent has been allotted to free agents and the remaining 39 percent to trades. The Dodgers have been more balanced, with 41 percent via trade and 26 percent for draftees. 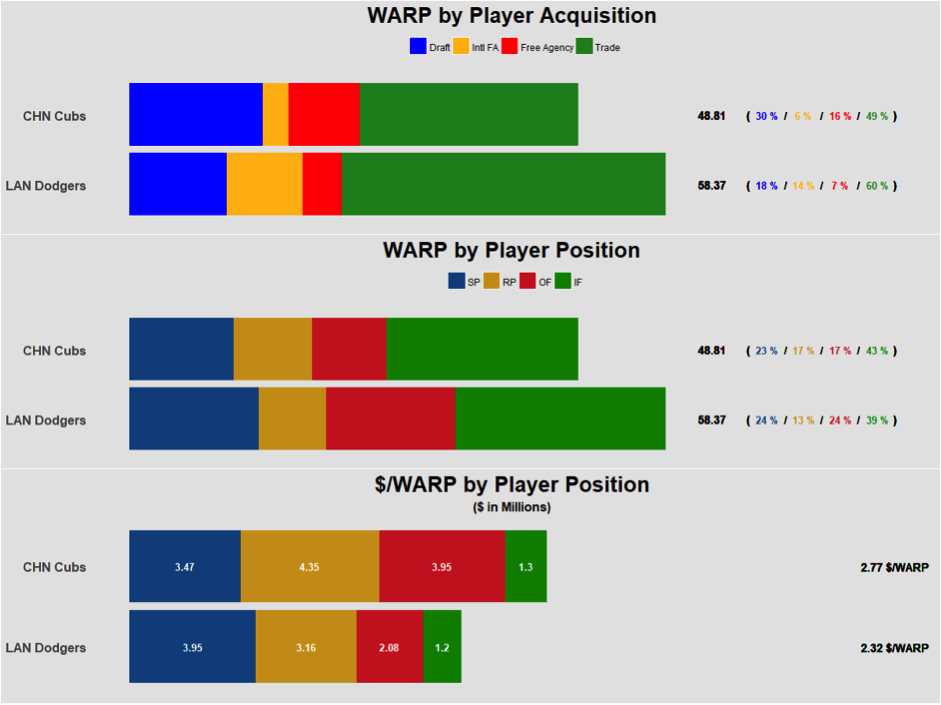 The Dodgers have a 12-WARP lead on the Cubs, mostly thanks to their uncanny ability to spot and acquire talent via trade and IFA. And save for the bullpen, the Dodgers have the WARP advantage in every single roster group.

Let’s talk about efficiency now. The Dodgers have been the most efficient team in the LCS. Almost $2 million per WARP. Yes, the Cubs’ rotation has been more efficient, but given what the Dodgers have spent in their bullpen (Jansen), infield (Turner), and outfield, they have gotten the most bang for their buck than any other playoff team. So much for the richest team in baseball. 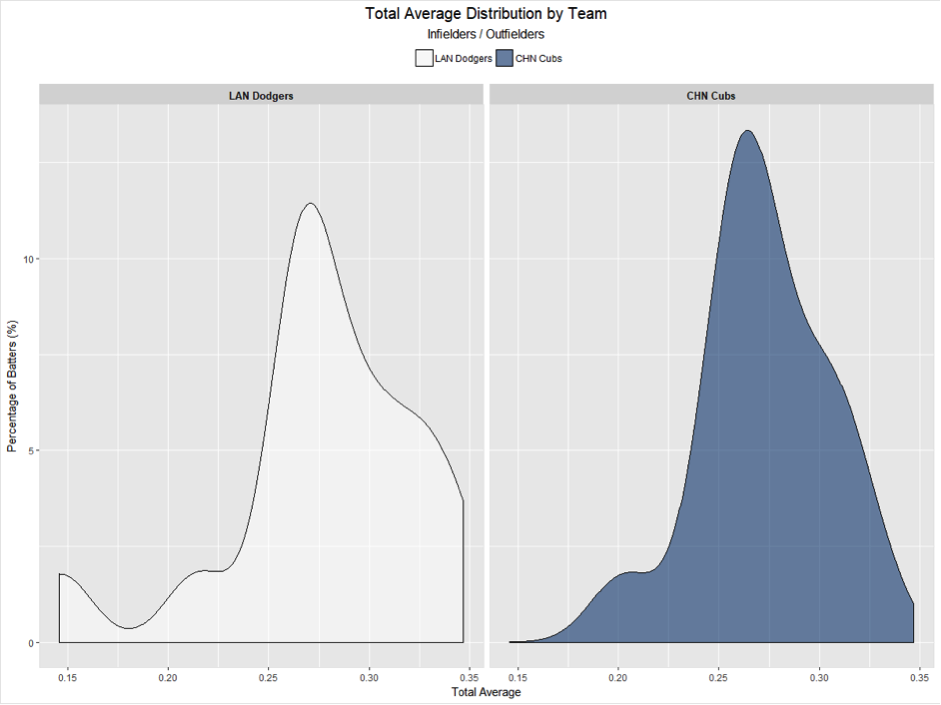