Since the Wild Card edition got positive feedback, we thought we’d bring these infographics back for the LDS series, starting with the ALDS, today. Our apologies for the late posting but we waited for the rosters to be officially announced for accuracy’s sake. Hope you enjoy! 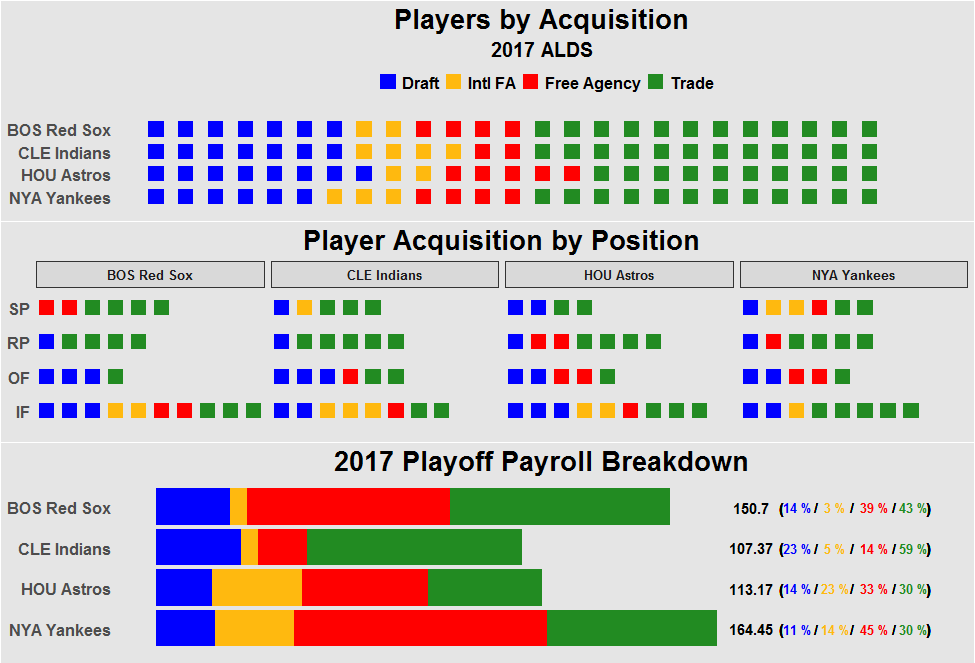 In terms of roster building, there isn’t a ton of wiggle room between these four squads. Trades are once again a dominant factor, but there’s comparable composition in terms of how these teams are assembled.

Payroll is a different story with the Yankees and Red Sox predictably leading the pack, at least partially because they push each other’s budgets to the limit each year. While free agent signings are big players in those two teams’ payroll breakdown, all four commit a notable amount of their budget to trade acquisitions (min. 30 percent), which is an interesting aspect. 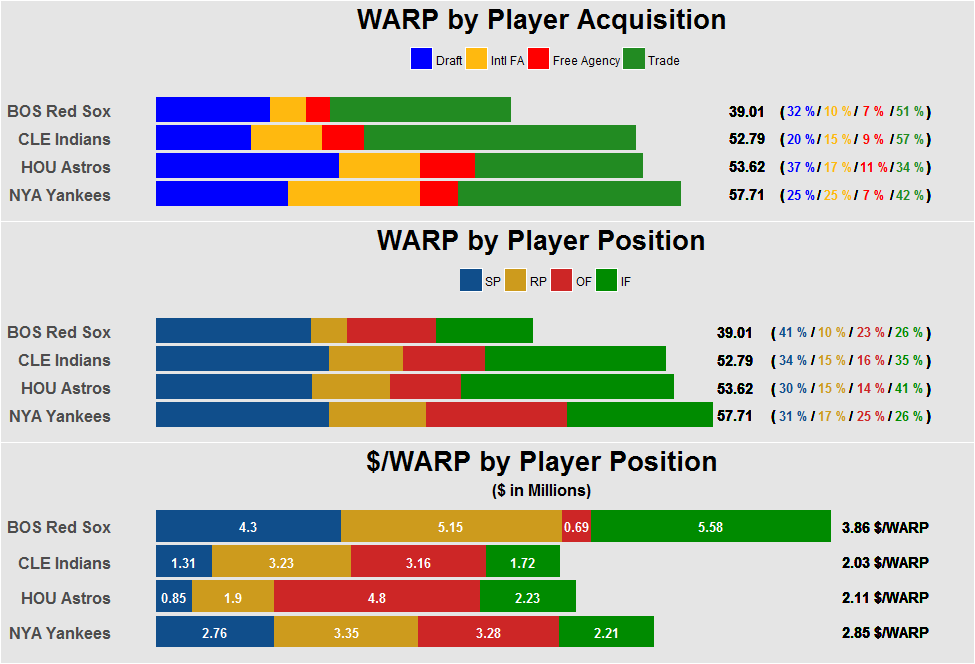 There’s a theme here, with trades providing the bulk of the wins produced by these teams, and homegrown players representing the second-biggest slice of the pie, there. While there’s likely relatively big variance in this across MLB, it’s worth noting how little return teams are getting on their free agent dollars (someone like David Price earning $30 million and generating 1.0 WARP certainly skews things, but still).

While the Yankees are the co-leading ALDS team in terms of homegrown players' WARP (combining IFA and draft), it’s worth noting that categorization includes Masahiro Tanaka as an IFA, and if you wanted to slot him in more as a free agent, we wouldn’t blame you. Doing so would allow Houston to attain sole possession of that title (within the ALDS teams). 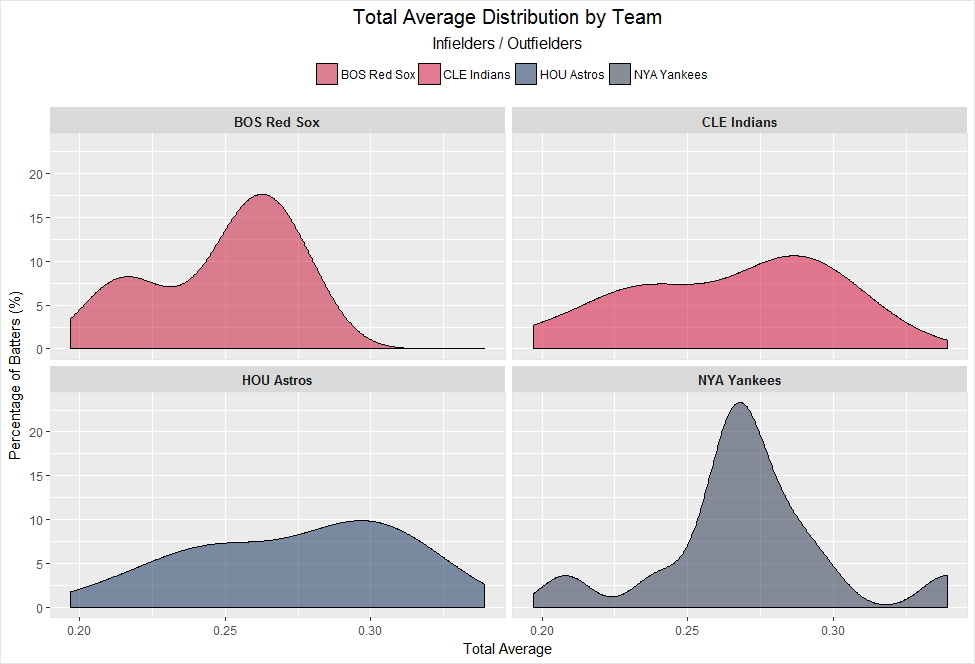 Special thanks to Rob McQuown for generating the images necessary for this piece.