Of Wigs and Mythologies 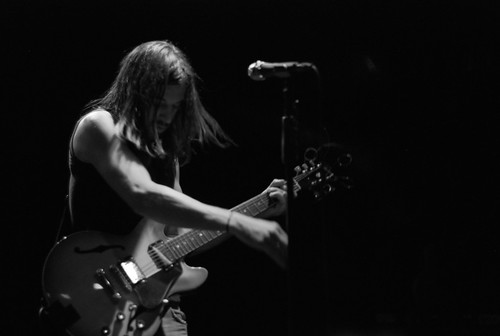 Early Supreme Court justices, including John Jay, injected their black robes with some color, usually of a crimson or salmon hue, and some Supreme Court justices in the young nation even took to wearing the wigs required in British courtrooms. William Cushing is perhaps the most important of these bewigged justices: Cushing sat as chief justice of the Massachusetts Supreme Court shortly after the United States declared independence, the lone judge retained after the dissolution of the colonial court. George Washington later appointed Cushing to the Supreme Court of the United States. An apocryphal tale attributes Cushing’s subsequent decision to leave the wig and go au naturel to relentless taunting by some youths as Cushing walked to the courthouse in New York for the first time.

The wig also had another, somewhat related role in the history of United States independence. On the eve of the Boston Massacre, a wigmaker’s apprentice named Edward Garrick publicly accused a British soldier of having skimped on his bill to the wigmaker, touching off the chain of events that led to the riotous event. In early United States history, the wig has a somewhat funny yet important role.

The wig yoked the colonies of the British Empire to the United Kingdom, and was therefore a natural casualty as the United States sought its own political and cultural identity. The wig’s second-order meaningâ€•the meaning imbued by the fans in the Judge’s Chambersâ€•is purportedly that of support and admiration, removed from its initial role as a symbol of the legal justification for Britain’s colonial ventures. Why would fans of Aaron Judge reach for such a symbol? The wig embodies authority, oppression, empire. They’re repackaging that which played a footnote role in American independence into something for breezy popular consumption.

You know what? Those who are so quick to tell you that the wig is a nonsensical addition to the Judge’s Chambers are wrong. I think it’s a perfect symbol for fans of the New York Yankees. 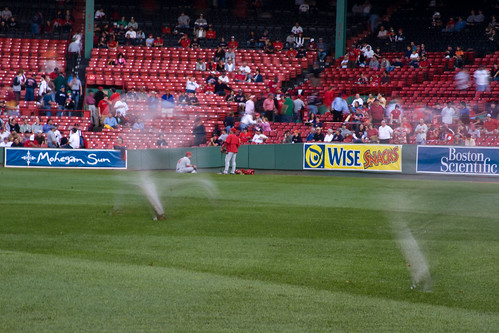 Jon Gray brought his instruments of paranormal investigation with him to the Wild Card game as a matter of course: his tape recorder, his K2 electromagnetic frequency meter, stowed safely in a special pocket in his bag. He didn’t expect them to pick anything up, though. Not here. Not tonight.

First came the noises: eerie groans, wafting through the vents, echoes of some long-forgotten pain. The lights in the visitors’ clubhouse began to flicker intermittently, and by the time players began to complain of a chill running through the room, Gray suspected a presence of some kind. He raced over to his bag, pulled out the K2… and for the first time in his nascent ghost-hunting career, there was movement. The meter moved in huge spikes, the tell-tale sign of spiritual activity.

It could only mean one thing: There was an entity haunting Chase Field.

The hunt was on.

Meter in hand, Gray breathlessly followed the spikes of energy, trying to locate their source. He wove through the bowels of the stadium, peering into every nook, opening every door, following every dark, little-used corridor. Occasionally he would stumble upon a stadium employee who would ask him where he was going, or if he needed anything. But he was too focused on his task to respond to such inquiries. He knew that ghost hunting, like pitching, requires every ounce of concentration you can muster.

And after minutes of searching, his dedicating led him to the source, the place where all the energy was radiating from: a dimly lit hallway, at the end of which stood a figure shrouded in shadow.

Gray’s heart raced as the figure turned around to face him. The meter, overwhelmed with energy, broke in his hands.

“Hey, do you know the way out of here?” the figure said.

When Gray did not respond, the figure stepped forward. “Hey, you’re the kid who’s pitching today, right? I was looking for a bathroom, and I, uh, seem to have gotten a little lost down here. Think you could show me out?”

Gray knew better than to provoke such a powerful entity with conversation. Though his mind was racingâ€•how could this being know that he was pitching today?â€•he tried to commit the spirit’s appearance to memory. It was humanoid, but uncannily tall, with too-long limbs; its eyes were a piercing blue; it had shadows around its face that seemed to mimic a mustache. He wondered what kind of spirit could mimic a human likeness with such detail.

As though confused by Gray’s non-response, the figure took another step forward, and Gray jumped back with fright. The figure held out its hands apologetically.

The specter was taking on a name now? This was a bad situation, and it could only get worse. Gray wasn’t prepared to deal with this level of supernatural power. He began to back away, at first slowly, then faster.

“Come on, man, why are youâ€•” The figure groaned, the same groan that had been wafting through the vents. “I’m Randy Johnson! I’m in the Hall of Fame. I won Game 7 in 2001. You seriously don’t recognize me? Do the words ‘Big Unit’ mean nothing to you?”

Gray turned and ran. He didn’t stop running until he got back to the clubhouse.