A few weeks ago I attended the second game of the Northwest League division series between the Spokane Indians and the Vancouver Canadians. The stands at Vancouver’s Nat Bailey Stadium were buzzing, packed with fans in various states of excitement and inebriation, waving towels and beers, screaming encouragements for the home team and slanders for the visitors. And perhaps the single most vocal fan in the entire ballpark was someone in the section immediately to my left, whose hecklesâ€•due to both their content and their sheer volumeâ€•simply demanded attention.

The insults began with classic pun-based denigration of the opposing pitchers: “You’re ragged, Ragans!” or “You’re setting a low bar, Barlow!” Sometimes they devolved into old classics, like a slow, taunting chant of the batter’s name, or just “You suck!” As the game went on, the heckles became more abstract and inscrutable. A plate appearance from one Pedro Gonzalez, for example, was greeted by a mystifying shout of “Grab your monocle!”

It was the final heckle of the night, though, which really stuck with me. When the Indians came up to bat in the top of the eighth, the voice cried out from yonder section eight: “TIME IS LIMITED!”

I have been thinking about those words all month. Not just in the context of the Spokane Indians, for whom time was indeed limited: They would be eliminated not 20 minutes after the heckler’s cry, losing 2–1 to the Canadians for the second night in a row, their season ended just like that. No, the echoes of “TIME IS LIMITED!” seemed to reverberate beyond that, beyond baseball. I heard it as I lay in bed, my whole body wracked with anxiety, convinced that I would die in my sleep. I heard it as I sat crying in a dark corner of a hallway at my school, trying very hard to conceive of a future that didn’t end with me killing myself. It came to resemble something more than a warning; it was a taunt, a reproach, a harsh reminder of the waste that I often perceive my own existence to be. Time is limited, it said. What the hell are you doing with yours?

On Sunday, I tuned in for what was most likely Jose Bautista’s final home game as a Blue Jay. I saw him run out to his familiar spot in right field, alone, applauded by his teammates and the gathered fans, saw all the signs and the jerseys and the t-shirts, heard the mounting cheers for each of his plate appearances, the final one a pop out with runners on. I watched as, with one out in the ninth, manager John Gibbons pulled him. He hugged his teammates, ran back to the dugout, then stepped out for one final curtain call, a single ovation containing within it an entire decade of home runs and bat flips and joy and heartbreak and anger and disappointment and love, an entire country’s worth of love. And I heard those words again, echoing through my mind, as I watched the career of one of my team’s greatest players come to a close before my eyes: Time is limited.

It felt different this time. I finally understood. It wasn’t a taunt or a warning or a recrimination, but a reminder, stern, perhaps, but gentle. A reminder to look around you, to notice. This is a unique, miraculous moment, a convergence of a thousand coincidences that will never converge again, and you are here. You are alive.

Bautista could barely hold back his tears. I think he understood, too.

Ode to the Man Throwing Up Outside This Stadium 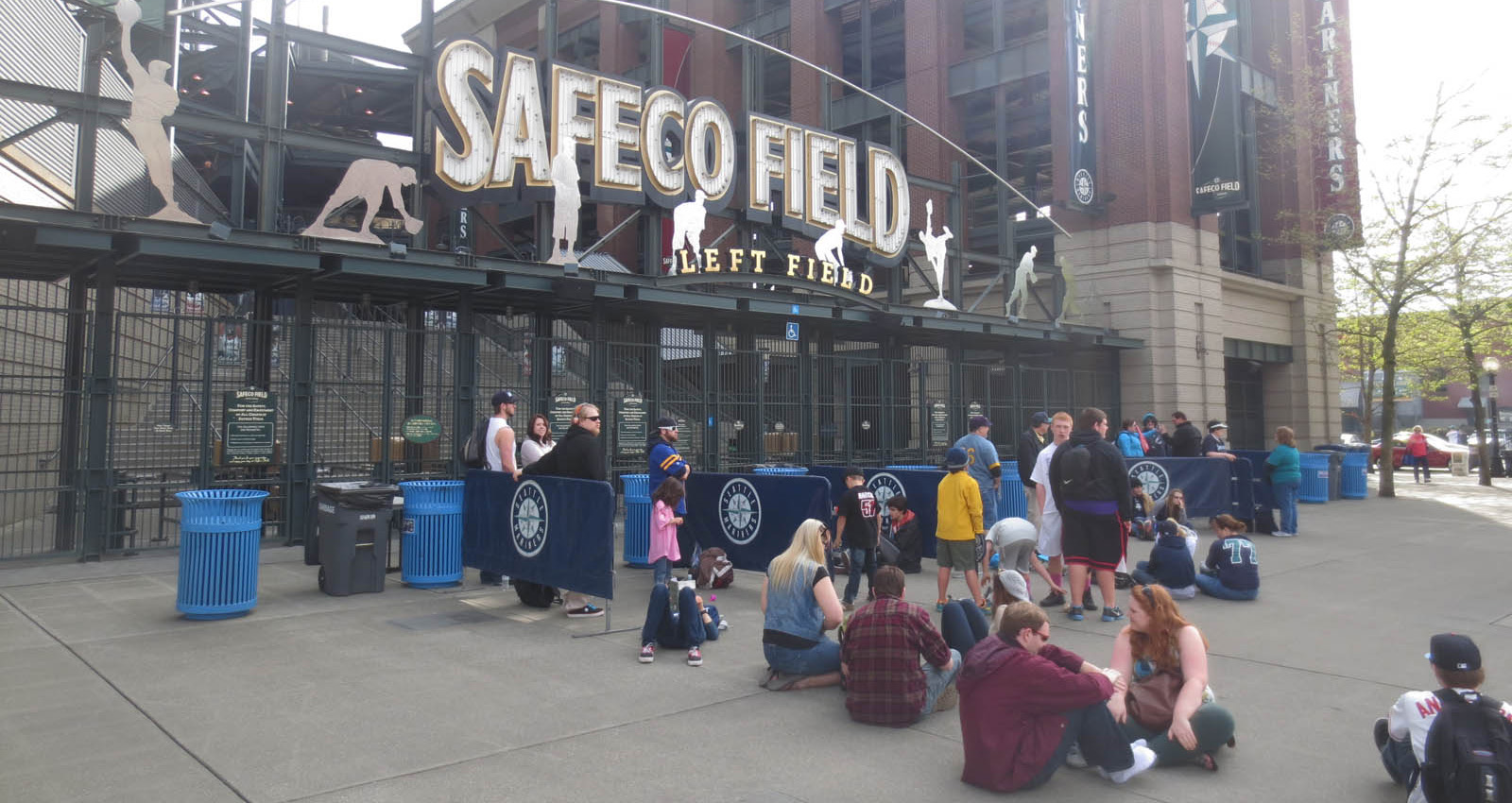 The human body is a mystery.
I disliked those middle school textbooks
With their ghoulish, inconclusive anatomies
Invisible arms outstretched, blue and red lines
Spiking out from the heart like a human thornbush.
I do not like the idea of a soul
Trapped inside a brain
Struck by an object and altered, bound by laws.
I do not want to see the bones stick through the skin.

Huddled against the base of a concrete wall
Tearstained with anonymous oils, civic perspiration
You cradle yourself while I stand in line
My crisp, perforated ticket firmly in my hand.
I am going inside.
And then you make a noise. Not a cry or a scream
Or the Ninth Symphony or a birdsong.
A tearing noise, a noise of the cortex overridden by
The involuntary, invisible muscles of the textbooks.
We turn toward you, we who are with you but are not.

The human body is a mystery.
A labyrinth of dead ends, flooded bubblegum-pink,
A torrent of it, the work of a bad writer, so much punctuation.
It is listless drumming, bad comedy, syncopated but predictable.
Your limitless vomit, the bile of thirty-nine losing seasons
Melts the concrete and the silence and the warm summer air
And the thin rhetoric of baseball as childhood
Of ourselves as ethereal, eternal cherubim.
Please, let us go inside.
Please stop vomiting outside this stadium.

You need to be logged in to comment. Login or Subscribe
jfranco77
What is this, Where's Waldo? I swear I don't see anyone vomiting in that picture
Reply to jfranco77
euqubudhp
I didn't photograph the actual man doing the actual vomiting, mostly because of how awkward it would have been to make him sign a waiver afterward.
Reply to euqubudhp