Baseball goodbyes are like all goodbyes in that most of them do not feel especially good. Maybe they happen at the wrong time—too soon, too late—or maybe they happen at the right time, but hurt anyway; maybe they have no single potential time that would have been more right or wrong than any other, with any and every moment destined to be equally but uniquely uncomfortable. Maybe there is no true goodbye at all, only a tiny final interaction that gets dredged up and assigned the label of “goodbye” months later when those involved realize that was really all there was.

So baseball has lengthy retirement tours that collapse under the weight of their own ceremony, filled with gifts that equal their extravagance only in their uselessness. Baseball has trades that, however much sense they make in the cool terms of balance sheets or box scores, feel cruel to the people who live through them. There are free-agent signings that are the contractual equivalent of doors slammed on the way out, and there are brutally slow countdowns to the final years of deals that have become too heavy or too misshapen or just simply bad. There are mutually beneficial exits that are perfectly pleasant. No matter who is speaking and what they are saying, there is almost always some subtext to be translated from the dirty vocabulary of possession—who is perceived as having agency and who is under someone else’s control, what each owes the other, where the arbitrary line gets drawn between selfishness and selflessness. All this structures who starts the goodbye, who is left to react, what the expected farewell rituals are for each.

And these are only the goodbyes that get remembered. Many (most, maybe) departures have nothing that resonates enough to end up crystallized as goodbye. Someone is waived or traded for cash considerations or decides he’s done and leaves, and no one is around to read the single-line statement issued by the team. A goodbye, no matter how ugly, is something of a privilege. People only say goodbye—or good riddance—if they care.

J.J. Hardy has not been particularly good for a few years now. The defense that was once his calling card has slipped just as it usually does once a player is well into his 30s, and the offense that was never really that much for him has become even less. His contract with the Orioles expires at the end of this season, and while there’s a decent chance that there will still be a place for him in baseball, that place will probably not be Baltimore. He knows this, and Baltimore’s fans know this, and they wished him goodbye during the team’s last home game on Sunday. Nothing was explicitly acknowledged here—there was no pre- or post-game promotion, no scoreboard exhortation to cheer—but that left something better: a simple, honest expression of appreciation that did not need to be defined in order to be understood. There was a standing ovation every time he came to the plate. His name became a stadium-wide rhythmic chant when the lineup was announced and when he hit a home run (just his fourth of the year) and when he was named player of the game. No one told J.J. Hardy goodbye. They just reminded him, one last time, that they cared. 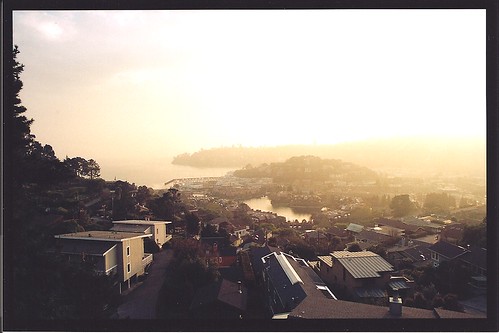 You probably haven’t heard the name Sam Chapman, but I have, many, many times. I should clarify: I went about 30 years without hearing the name Sam Chapman, and over the past year, I’ve heard it weekly, because my grandfather forgets he’s told me this story before, and I don’t have the heart to stop him. “You like baseball, don’t you, Katie?”â€•I have been Kate since high school, but recently he’s started calling me by my childhood nickname again. “Did I ever tell you about Sam Chapman? Best athlete I ever knew.”

He’s probably not wrong about that. The two grew up together in Tiburon, California, each excelling at different sports: my grandfather, golf and sailing; Chapman, football and baseball. They attended Cal together, my grandfather fresh off building a 15-foot boat he entered in sailing competitions around San Francisco. Chapman joined the championship “Thunder Team” that won the 1938 Rose Bowl.

At least, that’s what Wikipedia tells me. I bring Chapman’s page up for my grandfather each time he starts in on his Chapman stories, and each time he is delighted by it. When we get to the part about Chapman’s nickname being “The Tiburon Terror,” he hoots.

That’s a baseball nickname, of course. Chapman was a gifted center fielder, gliding and rangy, and although he was selected in the 1938 NFL Draft, he opted to stay in school, eventually signing with the Philadelphia Athletics. After three unremarkable years, Chapman broke out in 1941, slashing .322/.378/.543 and garnering a handful of MVP votes. Then the war came calling, as it did for so many other men, including my grandfather. After he returned from war, Chapman would never regain the lofty totals he reached in ‘41, but he was named an All-Star in 1946. Chapman closed his career playing for the PCL’s Oakland Oaks, beating his own A's to the city by 16 years.

Sam Chapman passed away in 2006, suffering from Alzheimer’s disease. My grandfather was playing golf in Arizona when he got the news. After his passing, the city erected a statue of Chapman at the Tiburon ferry dock. My grandfather, who remembers I have spent a lot of time road-tripping across the country, asks me if I’ve seen it. I promise him I will, one of these days. I promise, and promise, and promise.

You need to be logged in to comment. Login or Subscribe
Michael
Excellent writing today. Thank you.
Reply to Michael
lmarighi
I really enjoyed these pieces, sentimentalist that I am. Thank you both.
Reply to lmarighi