While we’re all paying attention to the wacky Wild Card races, the race for the best record in baseball could still end up having a major impact on October.

With the way the Dodgers were playing for most of the season, it seemed like a foregone conclusion that home-field advantage in the World Series would be theirs if they made it that far. However, baseball is a strange place where things like Cleveland winning 26 of their last 27 games and Los Angeles losing 20 out of their last 25 games going into Thursday’s action can happen. As a result, the Dodgers' lead over Cleveland going into Thursday was just one game.

The Dodgers went into Thursday afternoon’s game against the Phillies trying to avoid a four-game sweep at the hands of the NL East’s cellar-dwellers. Despite what happened in the first three games, the first inning was a reminder of why the Phillies are where they are. Chris Taylor hit what should have been a single to Aaron Altherr in left field. Instead, Altherr did this and Taylor made it to third base and eventually scored the game’s first run.

That didn’t mean the Dodgers were going to roll over Philadelphia, though. The Phillies took advantage of a less-than-stellar outing from Kenta Maeda by picking up two runs while he was on the mound for three innings. The two runs came off of one swing from Nick Williams.

Eventually, Philly took the lead in the bottom of the fifth inning when Rhys Hoskins continued his run of excellence at the plate by hitting a gapper to left-center that plated two and put Philadelphia up 4-2.

LA scored in the sixth to bring themselves within a run, but there was still that creeping feeling that they were going to mess around and actually get swept by the Phillies. However, their efforts from the seventh inning onward helped to squash those doubts. A homer from Andre Ethier tied the game, and then Taylor followed that up by hitting a triple that went over the head of Odubel Herrera in center field, so we didn’t see a repeat of Herrera’s heroics from the previous night.

Taylor eventually scored thanks to a ground out, and that put the Dodgers in the lead. By the time the eighth inning rolled around, Los Angeles decided not to mess around and brought in Kenley Jansen for the four-out save. Once Jansen entered, only one Phillies batter reached base and he got wiped out via double play. Other than that, Jansen locked it down and assured that LA’s trip to Philly wouldn’t be a complete waste.

With the way Cleveland is playing, it’s going to take a major effort on the part of the Dodgers to hold on to the game’s best record. But for now, I suppose that they’ll take solace in knowing that they’re now just one win away from a fifth straight NL West title.

It’s a good thing for the Dodgers that they won yesterday. Otherwise, Thursday would’ve been the day that Cleveland caught them. The defending AL Champions completed their sweep of the Angels with a 4-1 win, and the biggest moment of the day came when Francisco Lindor broke a 1-1 tie with a mighty shot to the greenery in center field.

Lindor’s 32nd dinger of the season put Cleveland ahead for good and ensured that they would stay perilously close to the Dodgers for the best record in baseball.

The Twins probably enjoyed seeing the Angels fail to beat Cleveland, because that gave them a golden opportunity to put some more breathing room between themselves and the cadre of .500-and-below teams somehow still in the playoff hunt. Sure enough, Minnesota took care of business against Detroit.

They scored in every inning from the fourth until the eighth, and the man who started off the hit parade in the fourth inning was none other than Byron Buxton. Minnesota snapped a three-game losing streak here, and it couldn’t have come a moment sooner for them.

Another team that was glad to see the Halos go down yesterday was the Rangers. They beat the Mariners 4-2 to reach the .500 mark again, and they’re inexplicably still alive. It sure helps that Adrian Beltre and that lovely swing of his is still productive and still getting the job done for Texas.

Meanwhile, Robinson Cano reached a milestone in defeat, joining the 300-homer club with a mighty swing to center field.

The Cubs and Brewers began a huge series yesterday, and if this game was any indication this is going to be the series to watch as the weekend rolls around. The Brewers actually went into the ninth inning of this one up by a run after a nice bit of hitting from Eric Thames brought in the go-ahead run.

The Cubs ended up tying things up in the ninth inning and sending it to extras, and their scoring rally started with this extremely close call at first base going their way to start the inning.

The 10th inning belonged to the Cubs, as Kris Bryant came through at the best possible moment with a monster two-run shot that put the Cubs ahead and sent the Chicago fans at Miller Park into a tizzy. Meanwhile, the fans in navy blue were left wondering how the Brewers managed to blow yet another late lead.

The Cardinals beat the Reds 8-5, and Colorado continued to struggle by going down to San Diego and losing to the Padres. As such, the Rockies’ vice grip on the second NL Wild Card spot has now turned into an extremely tenuous grip. St. Louis is right back in it, and the Brewers at least have this to fall back on after two painful nights of baseball. On the other hand, can you tell that the Rockies (or at least their social media handlers) are starting to get a little nervous? 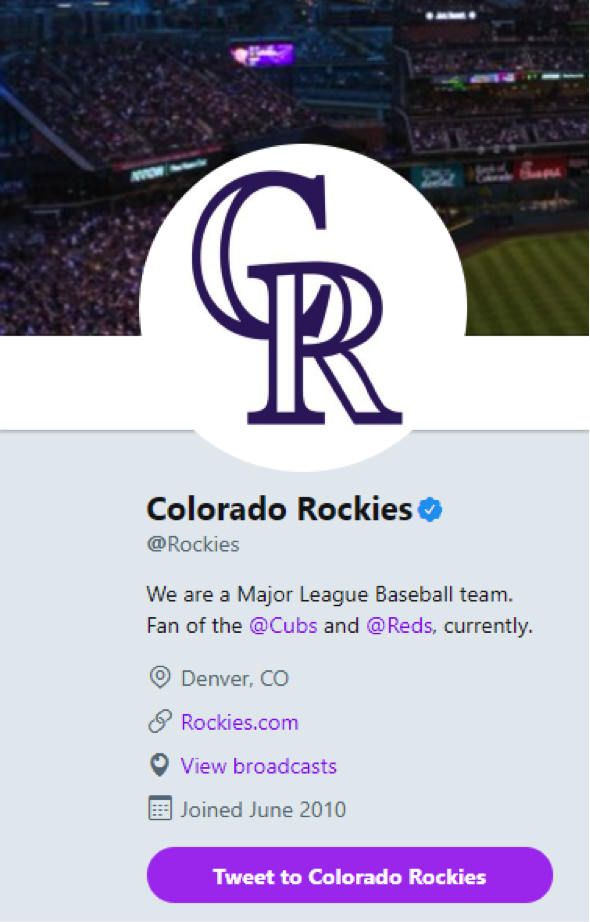 I have a soft spot for shortstops making plays in shallow left field, and that’s why Dansby Swanson gets the honors for Thursday’s Defensive Play of the Day. This should have been a bloop single, but instead it turned into an out.

For the past two weeks, I’ve used this space to suggest that you to watch the Cubs as they attempt to beat back all comers for their NL Central crown. This week is no different, as the Brewers are still trying to keep things interesting in that division and they’ll be playing the second of a four-game weekend series tonight (7:35 pm ET).

After last night’s results, it’s safe to say that Milwaukee will need Brandon Woodruff (4.74 DRA, 97 cFIP) to be at his best, while the Cubs are hoping that John Lackey (5.34 DRA, 108 cFIP) won’t find a reason to charge home plate and argue with the umpire this week.