Certainly if several players from the young Buxton/Sano/Kepler/Berrios/Polanco/Rosario group take massive steps forward they could blow the 50th percentile PECOTA projections out of the water. Because the Twins are relying on so much untested youth their error bars are much larger, good and bad. PECOTA projecting a 21-win improvement for the Twins is surprising and a deeper examination leaves plenty of room to quibble with individual numbers, but the big-picture point that the Twins are close to being a respectable team built around young, homegrown talent feels pretty sturdy.

Sunday the Twins won their 78th game and there are still 11 more games remaining on the schedule as they make an unlikely postseason push via the second Wild Card spot. Minnesota has already improved by 19 games, with a very real chance to end up with at least 25 more wins than last season. Going from the worst record in baseball to ~85 wins is a helluva story, but I’ve already written plenty about the Twins’ shocking turnaround (and will surely be writing plenty more if they actually do make the playoffs). Instead, today let’s focus on previous teams to have huge improvements from one season to the next.

Limiting the pool of teams to post-1962, which is when the 162-game schedule was adopted MLB-wide, here are the teams that had the 10 biggest year-over-year improvements:

It’ll be difficult for any team to improve more than the 1999 Diamondbacks. They were an expansion team in 1998, tying for MLB’s third-worst record at 65-97. Rather than the usual slow build toward respectability and eventual contention, owner Jerry Colangelo went big-game hunting that offseason and signed Randy Johnson as a free agent, adding an inner-circle Hall of Famer at the absolute peak of his powers. It's one of the best free agent signings of all time, as Johnson won four Cy Young awards in four seasons, the first of which led the Diamondbacks to MLB’s second-best record at 100-62. 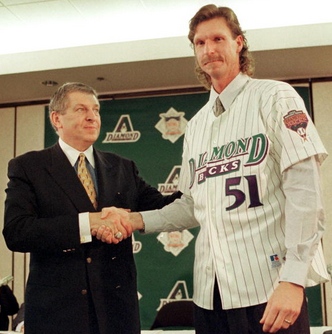 Arizona was the fifth-oldest team in baseball—in addition to the 35-year-old Johnson, the Diamondbacks also had 30-somethings Luis Gonzalez, Matt Williams, Jay Bell, Steve Finley, Andy Benes, Greg Swindell, Armando Reynoso, and Todd Stottlemyre, plus veteran manager Buck Showalter. Their improvement was an example of an expansion team leveling up far sooner than expected, and with Johnson (and later Curt Schilling) atop the rotation, 1999 was the first of five straight winning seasons—two on each side of their World Series title in 2001.

As a team, the Diamondbacks’ average age in 1999 (adjusted for playing time) was 30.3 years old, which is the oldest of the 10 most improved teams shown above. The next-oldest is the 2013 Red Sox, who won 97 games and the World Series after finishing 69-93 the year before under one-and-done manager Bobby Valentine. Boston had finished above .500 in 14 straight seasons before Valentine’s arrival, and a veteran, star-filled roster led by David Ortiz, Dustin Pedroia, and Jon Lester made John Farrell a winner in his first year on the job. Boston in 2013 is an example of resumed excellence following a messy one-year hiatus.

Most of the other teams listed above are examples of young cores coming together, which is certainly the case in Minnesota. While the Twins’ pitching staff is among the oldest—with 34-year-old Ervin Santana and 44-year-old Bartolo Colon in the rotation and 37-year-old Matt Belisle at closer—they’ve also leaned heavily on 23-year-old Jose Berrios and 26-year-old rookie Trevor Hildenberger. Plus, the veteran pitching staff hasn’t actually been anything special, ranking just 11th among AL teams in ERA. Where the Twins have shined this season—and where their youth steps to the forefront—is with the lineup.

Minnesota has the AL’s second-youngest lineup, featuring five 25-and-under regulars since Opening Day in Byron Buxton, Jorge Polanco, Miguel Sano, Max Kepler, and Eddie Rosario. Half of their plate appearances have gone to 25-and-under hitters, and of the 16 hitters with at least 25 PA just two—first baseman Joe Mauer and backup catcher Chris Gimenez—are older than 30. Despite all that youth, the lineup is fifth in runs scored and fourth in OPS among AL teams, and has scored the most runs in baseball during the second half thanks to breakout performances by Buxton, Polanco, and Rosario.

However, because the average age of the pitching staff is nearly 30, the Twins would actually rank as one of the oldest teams to improve by 25-plus games. Of the 10 most improved teams, the 1980 A's and 1967 Cubs are the youngest, with average ages of 26.1 and 26.4, respectively. Oakland had MLB’s worst record in 1979, a third straight ugly year following an incredible 1971-1975 run that ranks as one of the best of all time. Then in 1980 they hired former World Series-winning Yankees manager Billy Martin and unleashed a 21-year-old outfielder named Rickey Henderson on the way to a 29-game improvement. 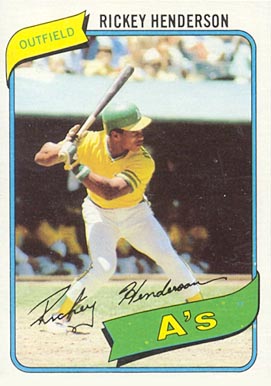 Thirteen years earlier in the NL, the 1967 Cubs improved by 28 games with an average age of 26.4. Ernie Banks played a Mauer-like role as a once-great up-the-middle MVP winner winding down his career as a solid regular at first base, but every Cubs player to contribute more than 1.5 WARP in 1967—a total of six hitters and five pitchers—were 27 or younger, including an MVP-caliber performance from 27-year-old Ron Santo and a Cy Young-caliber performance from 24-year-old Fergie Jenkins.

My assumption—or at least my hope, as a Twins fan—was that the teams that improved the most while being very young went on to have sustained periods of excellence with the core that had stepped forward to drive the turnaround, while older teams like the 1999 Diamondbacks and 2013 Red Sox declined much sooner. It’s somewhat subjective, of course, but clearly the 1999 Diamondbacks did anything but decline, winning a World Series two years later. And while the 2013 Red Sox did decline by falling below .500 in both 2014 and 2015, they bounced back with 93 wins in 2016 and are playoff bound again this season.

Focusing strictly on the year after each team listed above had their huge improvement, here’s what happened next:

(The 1994 Giants and 1981 A's are projected for full 162-game seasons, as their follow-ups were strike-shortened years.)

Of the 10 teams that improved the most, eight declined the following year and six declined by double-digit games. That’s to be expected, though. Surely at the time each of those fan bases thought it would be the start of an extended run, but regression to the mean takes no prisoners. Martin, Henderson, and the A’s are the big outlier, following their 29-game improvement in 1980 by improving the equivalent of 12 games in 1981 (an AL-best 64-45 in the strike-shortened schedule). Henderson, now 22, led the league with 7.7 WARP, which was 1.1 more than second-place Dwight Evans and an 11.5-WARP pace for 162 games.

Atlanta is the only other team on the list to improve again the next year, going from 65 to 94 wins in 1991 and then to 98 wins in 1992. They were in the middle of the most-improved pack for average age (27.5) in 1991, but the rotation trio of John Smoltz (24), Tom Glavine (25), and Steve Avery (21) were all 25 or younger, as was outfielder David Justice (25). Avery dropped off, but Smoltz and Glavine became Hall of Famers based almost entirely on their Braves careers. And then of course the Braves added two more Hall of Famers in 1993, signing Greg Maddux and calling up Chipper Jones, to morph into a quasi-dynasty.

On the most basic level, it makes sense that the youngest of the most improved teams would be the least likely to suffer follow-up declines, and the 1980 A's, 1967 Cubs, and even 1991 Braves support that theory (albeit somewhat subjectively). However, because the sample size for teams that improved again in the follow-up season is so small, and the regression monster is so powerful, it’s tough to draw any real conclusions. In total, 63 different teams improved by at least 20 games (or the equivalent, in strike years) since 1962 and 50 of them failed to improve again the next season.

Henderson and those 1980-1981 A’s had the second-biggest follow-up improvement. The biggest belongs to the 1971-1972 White Sox, who were by far MLB's youngest team (25.7) when they improved from 56 to 79 wins in 1971, and then again to 87 wins in 1972. Chicago was very young and on the rise, in back-to-back seasons … and then the White Sox finished .500 or worse in eight of the next nine years. The takeaways from this are perhaps that teams improving a ton one year are likely to regress the next, and that being young should help avoid that. And also that baseball has a mind of its own.

You need to be logged in to comment. Login or Subscribe
gregn213
How is the average age of a team, or pitching staff determined? Would it be more accurate to weight it based upon playing time. If a young pitcher throws 200 innings, and Bartolo Colon pitches 20 innings, wouldn't simply averaging their ages result in an inaccurate representation of the average age of the pitching staff?
Reply to gregn213
AaronGleeman
I noted in the article (at the first mention of average age) that it's adjusted for playing time.
Reply to AaronGleeman