Stardust in the Pine Tar

“He’s an alien,” Williams said. “He’s not human. That’s not real. That’s crazy. And I’m hitting behind him, too, and I’m just constantly watching him and I’m like, ‘Oh, my God.’ What he’s doing is amazing. He plays hard. He’s a smart player. And what he’s doing, I just love watching and being a part of it.”

Hiding in plain sight, under plain language—it was the strategy they’d depended on, and Hoskins, finally, had learned enough to keep the joke going: “That guy is pretty good himself, too. So I guess we can be alien friends.”

The nature of human levity was one of the early challenges, and Nick’s pretty certain his alien friend started hitting dingers simply so people had some kind of distraction. But, with time, Hoskins has gotten better at emulating what gets a good laugh, as long as he can keep Rhys from hanging around Rupp or watching old video, from the Papelbon era.

When Hoskins hit the first one out for Philadelphia and the team gave him the freeze-out, Nick thinks Hoskins honestly didn’t notice. They’d gone over how humans give high fives to celebrate before, and so Hoskins just kept on with the gesture. After the game, Rhys confessed that slapping the air alone did feel different—not as pleasing, somehow, to pass through instead of connect, the way he’d felt against the rings of Saturn, which was one of the reasons he’d kept traveling, part of why he’d come all the way to Earth, water and soil Earth, full of good, dense matter. But Rhys remembered where most people sat and imagined them there, and that was all right.

Everyone talks about the hitting, but it’s the imagining that is Rhys’ real alien advantage. Of course, the two go together: Hoskins imagines the place he wants the bat to meet the ball, and when the ball’s path and the bat’s will chart the same point, he swings.

After Nick found out—you know, about the alien thing, having caught Rhys tucking antennae beneath his fluffy hair, way back in Lehigh Valley—he’d asked how Rhys had done it. Did he have a grav-beam to pull the ball into the perfect spot? Mind controlling the pitchers?

“No,” Hoskins said, “never. That’s cheating. But this does seem easy, compared to hitting Earth from 5.7 light years away. The pitcher’s only 18.44 meters—”

“Sixty feet, 6 inches, man, or they’ll know you’re an alien for sure.”

***
Here in Philadelphia, Nick tries to help, too, to make sure people look at him instead of turning the laser focus on Rhys, in case the cover slips. Nick has always stuck out his tongue, but maybe he does it more often now. And it’s not that Nick needs a reason to lay out for a ball or take an extra bag or cultivate a little more patience at the plate—that’s just the game—but he’s glad he can help, glad it’s working.

It’s hard being the only one who knows the truth, but so far, they’ve done all right. On the best days, Nick Williams can imagine this going on—not just Rhys’ home runs, not just two young corner outfielders hitting well—but something bigger, more cosmic: a future in which this team collects more than stardust.

Building IKEA furniture is similar to constructing a winning baseball team in that front offices attempt to follow a carefully prepared plan only to have to take the whole thing apart and start over because they skipped a critical step 15 moves ago after refusing to ask for help or admit they don’t know Swedish. A few pieces from the fall catalogue might look familiar. 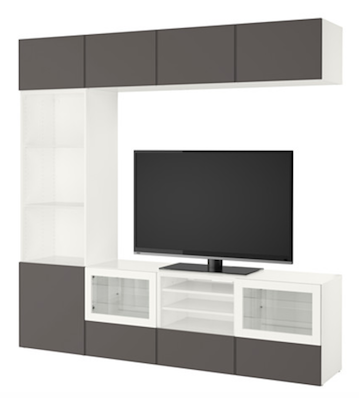 It’s the final piece in a set that’s supposed to tie the whole room together. Only halfway through building it, you realize one of the little wooden pegs that holds the corners in place is cracked. You’re too far in to start over. You finish, hoping that bit wasn’t too important. Honestly, you’re not even sure if that little piece does anything, but it must be in the instructions for a reason, right? It looks fine but every time you walk past it, you remember the little cracked piece deep inside, and worry that you’ll set your drink on it and watch it suddenly collapse. 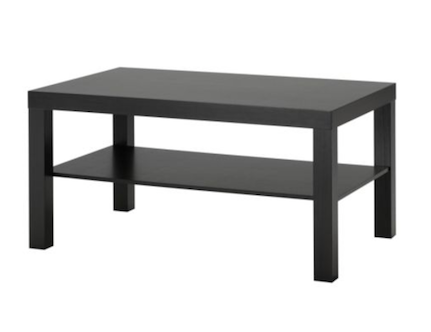 Look, it’s not the best coffee table, but you need a coffee table, and also, you can’t afford a better one. This one is just going to have to do for now. Maybe if you put other things around it, you’ll notice it less? This is probably what coffee-table books and top-of-the-rotation arms are for. In a few years, you’ll look back on pictures of this period of your life and be embarrassed by how long you held onto it. Years after that, you’ll tell friends on the boat: “Yeah, I had a Hëllikson table in college.” You’ll laugh, and your friends will smile wryly. “Oh, we went through our Hëllikson years, too.” 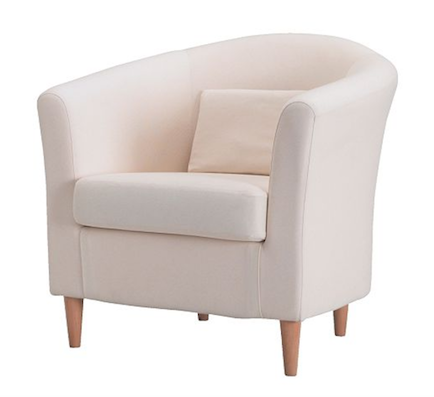 You knew this arm chair had a rip in the back when you bought it. It was in the as-is section. But you thought if you arranged the room just so, and maybe put it at an angle or added a throw pillow, you could give it second life. Except it never quite fit in the space, and wasn’t as comfortable as an ugly chair has to be. Now it’s on the curb, with a “FREE” sign tacked to it. Tomorrow’s rain won’t help it move. 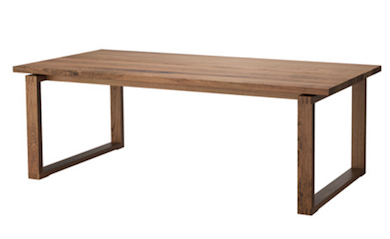 You’re walking across the showroom floor when you see it. Large. Oaky. Dare I say robust? You’re drawn to it. Then you see the price tag: $700. You’re a bit taken aback. It’s not that the Statön isn’t worth it. It’s just, at that price, what the hell is it doing here? 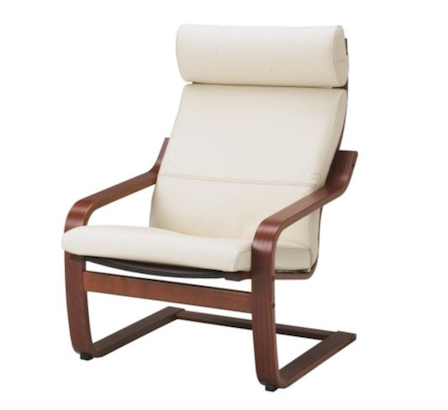 It’s not flashy, but the Seageer will provide reliable comfort and performance for 10 to 12 years. It’s just an all-around good chair. The cushion also comes in leather, which is the version your more well-to-do friends will constantly remind you they have and you don’t.

For most, Matt Boyd inexplicably dragging a no-hitter into the ninth inning Sunday was the first time the final Tigers-White Sox series of 2017 drew attention all weekend. For this Chicago-based reporter, however, it was a sad farewell to the only prism of truth still left in this media-saturated yet hopelessly manicured sports world.

What did @JustinVerlander say? Turn down those field mics #tigers #redsox pic.twitter.com/48Jjf9np8B

Starting pitchers speak after every game; managers take questions before and after until there is nothing left to say. There are several options to get real-time strike-zone plotting on the wondrous internet, yet there is still no technology that offers better clarity of commentary on the day’s umpiring than the field mics at Comerica Park.

As a journalist who seeks to capture the emotion, intensity, and focus on elite execution present in every moment of a major-league game, it pains me that it could be seven months before I again hear the pain and frustration of a single instant of failure on the ballfield, boiled down to a burst of gorgeous lyricism.

Privacy must be respected, but there’s a feeling of isolation knowing that players only share what they want us to hear. There is a wall between their feelings and us, and peeling it aside for a moment, even if just to find out which former All-Star is a strict utilitarian, feels like a blessing from the baseball gods.

ian kinsler with the best f-bomb in detroit sports since SVG https://t.co/YSWOBKU9TU

Farewell Comerica Park. We will miss you terribly, and our winter will be colder knowing not only that we will miss you in our lives, but that we do not deserve you, at least not as much as Detroit deserves to host a World Series.

The mics caught some naughty language during the @Royals -Tigers tonight @awfulannouncing pic.twitter.com/lGWxFQlvh2

Or even an All-Star Game. Or a BP event. Anything, really.

You need to be logged in to comment. Login or Subscribe
lipitorkid
Thanks Meg. When I first saw the headline I was expecting the Ikea 1.99 breakfast with free coffee and instead you gave me the Christmas Julboard.

Tusen tack.
Reply to lipitorkid
jfranco77
Does anyone else think it's weird that Miggy curses in English? Don't think I would have expected that.
Reply to jfranco77