The Man Who Shouldn’t Have Been There

Mark Trumbo is not a right fielder. You don’t even need to consider the defensive metrics to know that. One has only to look at his expression as he stands out there in right field, all alone, to know that he is a man out of place. The place where Mark Trumbo truly belongs when his team plays defense is in the dugout, sheltered amongst the company of the reserves and coaches, where he can feel free to ponder in peace whatever it is that a Mark Trumbo enjoys pondering.

But the Orioles, while allegedly a contending team, are still the Orioles. They still believe that Mark Trumbo is a right fielder. So on Monday evening, Trumbo once again found himself in right field, under the harsh lights of Rogers Center. It was the bottom of the second; the game was still scoreless. Teoscar Hernandez lifted a high fly ball in Trumbo’s general direction.

Trumbo, to his credit, dutifully replicated the actions of a right fielder: he ran forward in a somewhat convincing charade of tracking the ball. But he was not tracking the ball. He had no idea where the ball was. He was alone in that empty green space, bereft of any point of reference, encircled in a loud, foreign, hostile arena: trapped in a hedge maze of his own mind. He was completely lost.

It can take a long time to admit to yourself that you’re in the wrong place, on the wrong path, with no direction and no idea what you’re doing. By the time Trumbo realized his error and desperately broke backwards, the ball was already about to land on the turf twenty feet behind him; while he tried to chase it down, it bounced farther and farther away from him. He’d only had one chance to catch that ball, you see. The moment he decided to run forward, to do what someone in his position was supposed to do, he had sealed his fate. And as so often happens when you realize that you are on a trajectory that you can no longer change, Trumbo ended up making matters worse. He bobbled the ball, and it disappeared into the seats. There would be no recovering now. 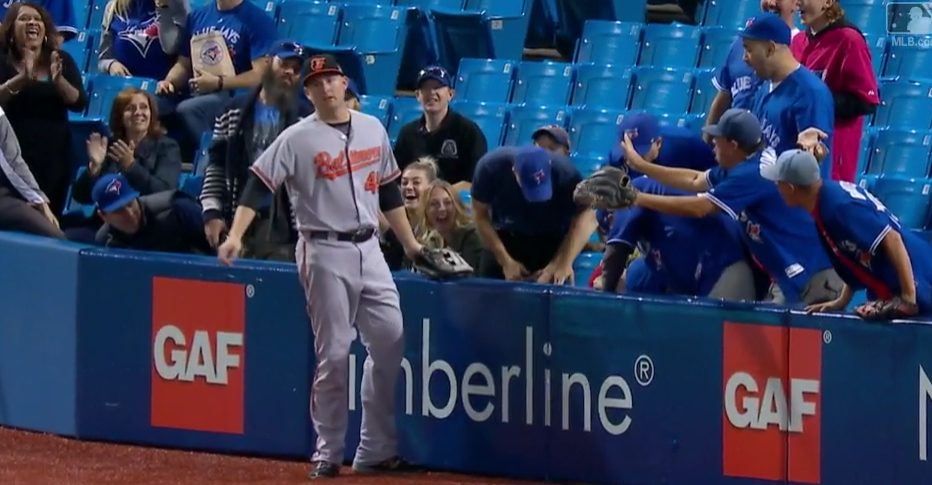 Trumbo should not have been in right field on Tuesday night. He shouldn’t have even had the opportunity to goof up a play that badly – he should have been in the dugout, living the DH lifestyle. But he wasn’t, and now thousands of people were mocking him, and Teoscar Hernandez was standing on third, and some Blue Jays fan was waving the ball around like a trophy of his failure. It had all happened so fast.

Shaking his head, Trumbo walked back out to the wrong place, the place where he didn’t belong, and took his position. It was far too late to do anything else. 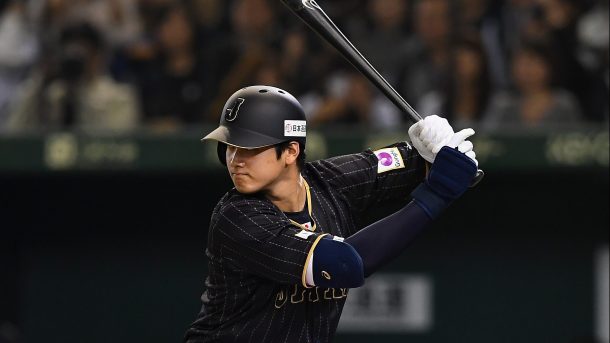 Japanese media reports that Nippon-Ham Fighters hurler-slugger Shohei Otani is almost certainly signing with an MLB team this winter, despite the restrictions on international free agents under age 26 implemented by the current CBA. Fervor among fans of teams likely to make offers to Otani has heightened, and hope percolates. I’m here to crush that hope. Here’s why your favorite team won’t sign Otani.

Yankees: Though blessed with bottomless coffers, the Bronx Bombers will inevitably whiff on Otani as they insist on including a provision in his contract prohibiting him from wearing his Captain Kangaroo Burgers T-shirt in the clubhouse.

Dodgers: Though blessed with bottomless coffers, the Boys in Blue will inevitably whiff on Otani as Andrew Friedman and Farhad Zaidi sign 14 other starting pitchers by the Winter Meetings, choosing instead to roll with the recently un-retired Aaron Harang.

Cubs: Free agent-to-be Jake Arrieta will sabotage the Cubs’ efforts to sign Otani when the bearded righty finds himself with only a four-year offer from the Angels in his pocket. He will don a disguise and reroute Otani’s cab from Wrigley Field to Guaranteed Rate, and setting up a meeting with Jerry Reinsdorf.

Rangers: Following a successful gambit to re-sign Yu Darvish after dealing the righty to Los Angeles at the deadline, the Rangers will find themselves embroiled in controversy as activists discover the club’s plans to construct their new ballpark on top of a historic Whataburger. The legal fees will be exorbitant.

Mets: Though blessed with bottomless coffahahahahaha.

Red Sox: A blood feud between Dennis Eckersley and Otani will develop as Otani is photographed out on the town with David Price’s dog Astro.

Phillies: Rhys Hoskins will hit a home run in every plate appearance for the rest of the season, prolonging the Phillies’ 162nd game well into March. Otani will find that exhausting.

Nationals: While the idea of his offseason starting his offseason in the second week of October every year is appealing, Otani will find himself engrossed in the dinosaur exhibits at the Smithsonian Museum of Natural History. Instead of meeting with Mike Rizzo, Otani will sign on to produce the fifth, sixth, and seventh Jurassic Park films. Due to overwhelming negative critical reception to Jurassic Park: Vince Carter vs. the Raptors, Otani will sign on with the Long Island Ducks.