(Note: Last year, I wrote "One Entire Season of Baseball From the 1970s," reviewing the 1971 season. My goal is to repeat the exercise every summer, selecting a different decade. We'll present the 1960s version Monday through Thursday this week, five teams at a time, introducing each team with salient figures from their season. Monday's entry is here.)

The Game Off the Field, 1965: The American League expanded from eight teams to 10 in 1961, adding the Los Angeles Angels and Washington Senators. The National League did the same in 1962, adding the Houston Colt .45s and New York Mets. This necessitated a change in schedule as well, as teams went from playing each opponent in an eight-team league 22 times (154 games in total) to playing each opponent in a 10-team league 18 times (162 games total).

Salary figures from this time were so incomplete they need to be taken with a 50-pound bag of rock salt, but the average payroll for the 12 teams for which there is data was $326,483, which equates to $2.5 million in current dollars. As of Opening Day this year, there were 386 players making more than the average 1965 team payroll adjusted for inflation. Baseball’s Reserve Clause, which bound players to teams in perpetuity, was still in effect, and the Supreme Court would uphold it seven years later in Flood v. Kuhn. It was overturned in 1975, leading to free agency and far better compensation for players.

Baseball’s amateur draft began in June of 1965. Prior to 1965, deep-pocketed teams were able to sign the best amateurs, creating long-running dynasties. (The Yankees, Mets, Dodgers, and Cardinals, all with substantial financial resources, voted against creating the draft.) The bidding war for Rick Reichardt, an outfielder who signed with the Angels for $205,000 in 1964, is seen as the catalyst for the draft’s creation. The first three players chosen in the inaugural draft were Arizona State outfielder Rick Monday, Montana high school pitcher Les Rohr, and Massachusetts high school pitcher Joe Coleman. 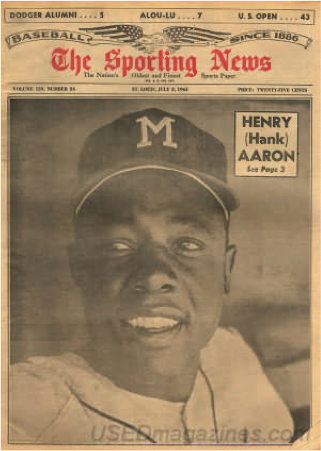 The 1965 season was a career-year for the 30-year-old Oliver, who notched career-highs in hits, doubles, homers, runs, slugging percentage, OPS, and total bases. It was not a career-year for Torre, though. Today’s fans know Torre primarily for his role as Yankees manager and the guy in the commissioner’s office who suspends people. Back in the 1960s, though, he was one of the game’s bright young stars. 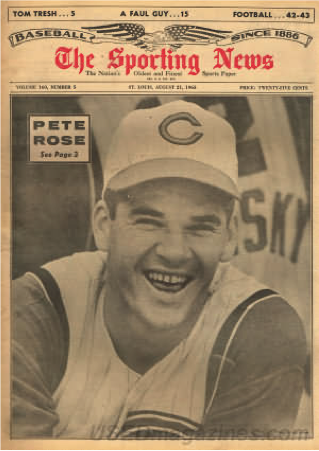 So why did they finish fourth? Because their starters, despite Maloney’s heroics, had a 4.04 ERA, third-worst in the league, and the bullpen ERA of 3.53 was the league’s fourth worst. The team’s home, Crosley Field, was a hitter’s park, particularly for left-handed batters, but this was the league’s third-worst pitching staff adjusted for park, ahead of only the 1962 expansion Astros and Mets. Only two of the seven relievers with 25 or more innings had an ERA better than the league average of 3.33, and the Reds had only two starters who qualified for the ERA title, tying the Astros and Mets for fewest in the majors.

The Reds were also unlucky. They had the best run differential in the league, and their Pythagorean win-loss record of 93-69 was a game better than that of the first-place Dodgers and third-place Pirates. Their third-order record of 95-67 was five games better than the second-place Giants. Partly as a consequence of their bullpen, the Reds lost nine games that they led after seven innings. Only the Phillies, with 12 losses, fared worse. 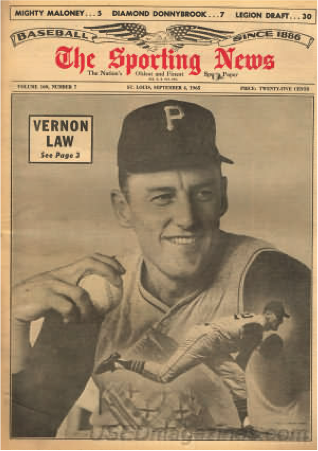 They played .500 or better against eight of their nine National League opponents, including every team with a winning record. So why couldn’t they finish closer to Los Angeles than seven games? Because the ninth team was the 80-81 Cardinals, and the Pirates were only 4-14 against them. Only the lowly Astros (4-14 against the Braves, 3-16 against the Giants) and Mets (4-14 against Houston and Pittsburgh) could match Pittsburgh’s futility against St. Louis.

Veale was hammered in five starts (0-3, 5.40 ERA) and Law, despite a 1.67 ERA against St. Louis, managed only a 1-3 record, with the Pirates scoring just four runs in his three losses. Give Pittsburgh an even record against the Redbirds and they’d have tied the Giants for second place. Add a couple more wins to that, and there would’ve been a three-game playoff for the National League championship. 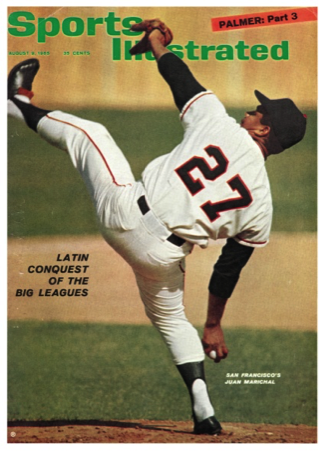 2. San Francisco Giants, 95-67: 9. How do you have Willie Mays, in arguably his best season ever—.317/.398/.645, leading the league in homers, OBP, SLG, total bases, and TAv—and a pitching staff that was third in the league in ERA, fourth in FIP, and second in DRA, and still finish only in second?

So despite the contributions of Mays, McCovey, and Hart, the Giants, playing in a hitters’ park, managed just 4.18 runs per game, fourth in the National League. 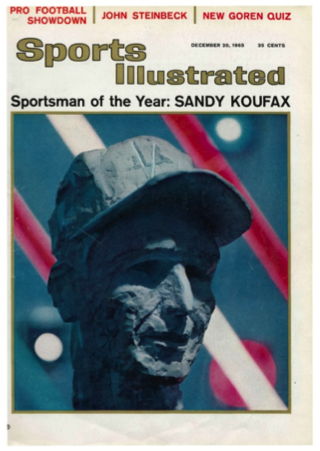 Yes, he pitched his home games at Dodger Stadium, which was the most run-suppressing National League park, and he was ridiculous there: 1.38 ERA, .420 OPS allowed, 33.1 percent strikeout rate, 6.7 K/BB, 0.71 WHIP. But his road numbers (2.72 ERA, .589 OPS allowed, 26.0 percent strikeout rate, 1.01 WHIP, 4.4 K/BB) all rank among the top six in the league as well. Koufax won his second Cy Young award, unanimously, back when there was one award for the majors, not one for each league.

You need to be logged in to comment. Login or Subscribe
deholm1
Thank you so much for putting this series together. It's great! I'm looking forward to reading about the AL in 1965.
Reply to deholm1
mainsr
Thanks! I'm really glad you enjoyed it.
Reply to mainsr