(Note: Last year, I wrote "One Entire Season of Baseball From the 1970s," reviewing the 1971 season. My goal is to repeat the exercise every summer, selecting a different decade. We'll present the 1960s version Monday through Thursday this week, five teams at a time, introducing each team with salient figures from their season.)

Lyndon Johnson was inaugurated as president following a landslide electoral victory. Malcolm X was assassinated two weeks before Bloody Sunday in Selma, Alabama. Over the six-day Watts Riots, 34 people were killed and more than 1,000 injured. The Social Security Act of 1965 (establishing Medicare and Medicaid) and Voting Rights Act were signed into law. The Indo-Pakistani War was fought. Ed White performed the first American spacewalk during Gemini 4. Muhammad Ali became the heavyweight champion by knocking out Sonny Liston one minute into their bout.

My Fair Lady won Best Picture at the Academy Awards, A Charlie Brown Christmas premiered, and (I Can’t Get No) Satisfaction was the no. 1 single. Singapore became an independent nation. The Beatles performed the first stadium concert ever at Shea Stadium. Amid growing Vietnam War protests, president Johnson signed a law criminalizing the burning of draft cards. The Gateway Arch in St. Louis was completed. J.K. Rowling and Craig Biggio were born, and Branch Rickey and Moonlight Graham died.

This was a really bad ball club. The Mets had a losing record against, and were outscored by, every team in the National League. The Mets scored 3.02 runs per game, last in the league, compared to league average of 4.03, while their pitchers gave up 4.59 runs per game, the most in the league. For good measure, the Mets tied for the league lead in errors. Yet they were third in the majors in attendance, with 1.77 million, trailing only the Dodgers and Astros. 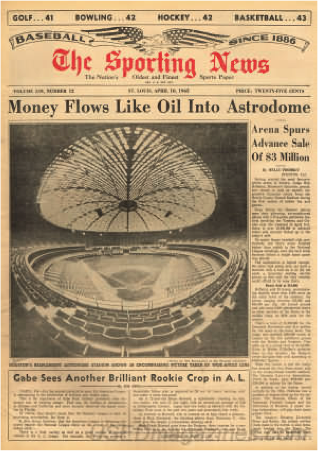 The reason wasn’t because of the team on the field; Houston won one fewer game in 1965 than in 1964. Rather, it was the field itself. In 1964, the Houston Colt .45s played at Colt Stadium, described as “a barn-like thing” that numerous mosquitoes and rattlesnakes called home.

In 1965, the club, now known as the Astros, played its inaugural season in the Astrodome, “the Eighth Wonder of the World.” It was the first domed and air-conditioned field in baseball, well-suited for Houston, where average highs in May through September are a humid 84, 90, 92, 93, and 88, respectively, with 8-10 days of rain per month.

8. Chicago Cubs, 72-90: 105. The Cubs allowed 105 unearned runs in 1965, the most in the majors. The team committed 171 errors, tying the Mets for the most in the league. Ironically, Cubs pitchers, who were victimized by all of the errors behind them, were the only better-than-median fielders on the club. The positional breakdown:

The Cubs allowed 0.58 unearned runs per nine innings in the first half of the year, but 0.71 in the second half. (The National League average was an identical 0.49 in both halves of the season.) This was 23 years before lights were installed at Wrigley Field, and fatigue from playing all home games during the day was cited as a chronic disadvantage for the Cubs. The daily high in Chicago from the beginning of June to the end of September averaged 82 degrees in 1965, about two degrees warmer than average. 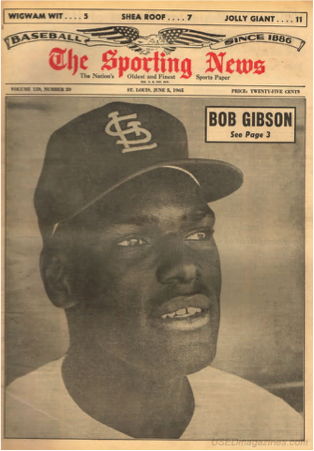 7. St. Louis Cardinals, 80-81: 1 of 12. The 1965 season was Red Schoendienst’s first as manager of the Cardinals. He’d stay at the helm for a dozen seasons. They were 1,010-925 over his tenure, for a .522 winning percentage. They went 31-30 in two additional partial seasons under Schoendienst, and his 1,041 career victories trail only Tony La Russa’s 1,408 in St. Louis franchise history. Schoendienst was voted into the Hall of Fame by the Veteran’s Committee in 1989.

But his start was unconventional. The Cardinals won the World Series the year before, defeating the Yankees in seven games. The manager was Johnny Keane. Normally, managers of teams that win the World Series stay on the following season, unless they retire. But Keane had been under fire, with the club in sixth place as late as August 2 and in fourth place, 11 games out of first, on August 23.

A 28-11 finishing kick, combined with the Phillies’ epic collapse that year, gave St. Louis the pennant. In a post-World Series press conference, Keane unexpectedly resigned from St. Louis, and soon became the new manager of the Yankees, the team he’d beaten in the World Series (they’d fired manager Yogi Berra).

Schoendienst’s first season at the helm would be one of only four losing seasons he had with St. Louis, as he guided the team to National League pennants in 1967 and 1968, and the championship in 1967. Keane would last as Yankees manager only 20 games into the 1966 season, when he was fired. He died of a heart attack in December that year. He was 55.

6. Philadelphia Phillies, 85-76: 150. In 1963, Pirates first baseman Donn Clendenon struck out 136 times, tying the National League record set by Phillies first baseman Pancho Herrera in 1960. Another Phillie, rookie third baseman Dick Allen (his preferred name was always Dick; it was the Phillies and the media that called him Richie), broke the record the next season, striking out 138 times. In 1965, he set a new record for strikeouts with 150. 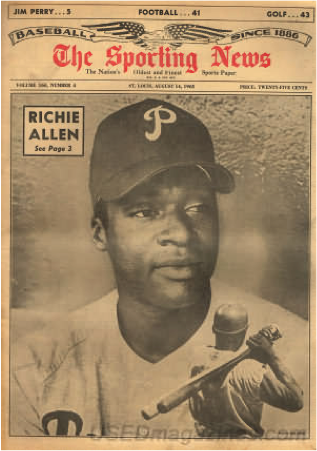 Allen was a sensation in his rookie season of 1964, finishing in the top five in the National League in runs, hits, doubles, triples, total bases, OPS, slugging percentage, TAv, and WARP. He hit 29 home runs, drove in 91, and was even among the league leaders in avoiding double plays. He finished seventh in the MVP voting and collected 18 of 20 Rookie of the Year votes. During the Phillies’ epic collapse that year, Allen batted .419/.471/.710 over the team’s final 15 games.

And yet, he was frequently booed in Philadelphia during his rookie season, likely in part because he led the majors in errors with 41 and in part because of Philadelphia’s history with African-American ballplayers. In 1965, he held out for a raise, not reporting to spring training, further eroding his standing with the fans. Then, on July 3, he got into a fight with teammate Frank Thomas during batting practice after Thomas accused Allen of “trying to be another Muhammad Clay.” The Phillies released Thomas and fined Allen.

Inexplicably (at least to a rational observer), Phillies fans rallied behind Thomas, a 36-year-old corner infielder/outfielder who was hitting .260/.289/.351. Allen would be booed throughout his years in Philadelphia. As a result, the new NL strikeout record, which was accompanied by declines in just about every other counting and rate stat from his 1964 rookie season, was seen as evidence of a problem. That’s ridiculous. He would never lead the league in strikeouts again. In each of his six seasons in Philadelphia, he was the best hitter (measured by TAv) on the Phillies’ roster.

You need to be logged in to comment. Login or Subscribe
Daddyboy
Great. Looking forward to the rest. Especially loved the Johnny Keane thread and the Dick Allen thread. You've inspired me to look deeper into those stories.
Reply to Daddyboy
mainsr
Glad you enjoyed it! The Dick Allen story, from many angles, is one of the most frustrating of that era.
Reply to mainsr
newsense
I'm an old Jim Hickman fan so I have to standup for him and point out he had a .698 OPS (.267 TAv) in 1965
Reply to newsense
mainsr
Yes, but his splits were crazy that year. As LF/CF: .193/.239/318, 206 PAs. Everywhere else: .282/.345/.503, 194 PAs. His OPS was almost 300 points higher once he got away from the 1965 Mets Bermuda Triangle in LF/CF.
Reply to mainsr
radiobob
The Social Security Act was signed into law in 1935. Perhaps you meant Medicare.
Reply to radiobob
mainsr
The bill that established both Medicare and Medicaid was the Social Security Act of 1965. But you are right; without the qualification my sentence makes no sense. Thanks for pointing that out; I'll get it fixed.
Reply to mainsr
radiobob
Great song about Dick Allen, "Letters in the Dirt" by songwriter and baseball fanatic (and Phils fan growing up).
https://www.youtube.com/watch?v=UpgJVDXajQ8

Reply to radiobob
mainsr
Nice song, thanks for posting it! I seem to recall hearing it on a podcast that discussed Allen.
Reply to mainsr