The Bottom of the Nth

You are sitting alone in the stands at Fenway Park, waiting for the bottom of the 19th to begin.

Once upon a time, it was September 5th, 2017; it may still be. It was a pleasant late summer evening, a nice night to enjoy a baseball game. Because, as strange as it is to think about, you once were capable of enjoying baseball. Not only that: you once were a person with ambitions, worries, hobbies, neuroses. You had a shitty apartment and a cat and people you loved, shitty, realizable dreams.

Imagine that – feeling love. Feeling anything other than this. Being anywhere other than here.

“COOOOLD BEER! GET YOUR COLD BEER HERE!” you hear a beer vendor cry. The voice has a strange, vacant quality to it: neither distant nor near, passive nor urgent. The first few times, back when you still had some hope left, you traversed the entire stadium looking for that beer vendor. Desperate for some answers, or at least some company, or at the very least some cold beer, you ran through every aisle, called around corner, walked back and forth and back through every row of vacant seats.

By now, though, you know better. You are utterly, completely alone. There is no cold beer here. There is nothing but you, and the impassive darkness, and this goddamn game, forever.

The players have taken the field, and play recommences.

You hear the crack of a bat – Mookie Betts has doubled. In actuality, you are uncertain if the figure on the field is still Mookie Betts, or ever was Mookie Betts. The mechanics of the situation in which you find yourself, the logic by which it operates, you have never been able to parse. Hanley Ramirez comes up the plate, and you settle back into your seat. You know what’s coming. 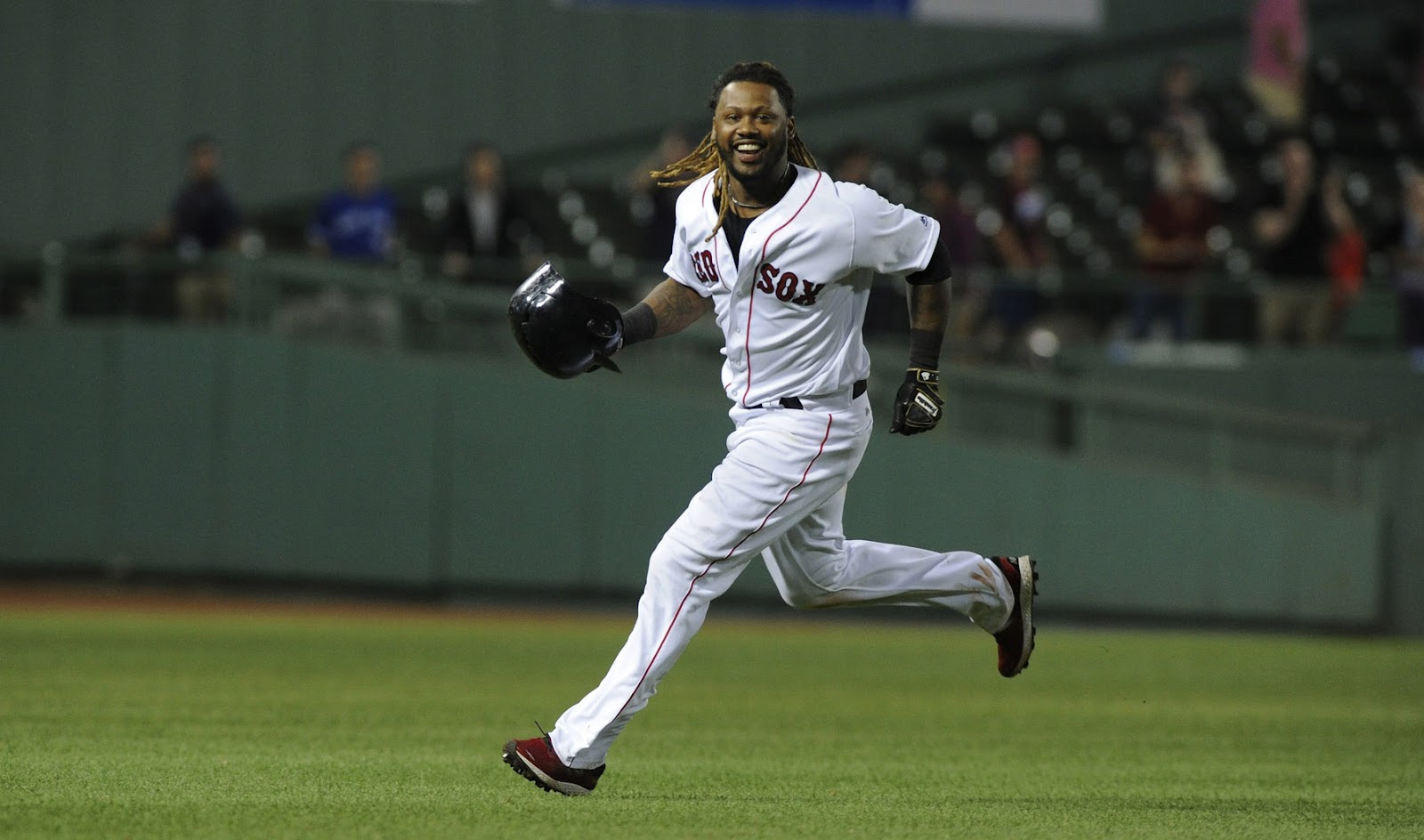 Or maybe this was just going to happen anyway. You wonder what happened to all the other people at the game.

Ramirez singles, Betts rounds third and comes home, and all at once you are suffused by a white light that sears through the bonds between your particles, ripping your existence to shreds, becoming nothing, becoming everything. It hurts terribly. That’s your favorite part.

When your vision returns, you are sitting alone in the stands at Fenway Park. Roberto Osuna is ready to throw his first pitch in the bottom of the 9th. It begins again.

Scouting and the Third Eye

Last weekend I went to a baseball game. I sat on the curb waiting for the gates to open, reading a book in the stale summer air, trying to ignore a man vomiting angrily and pinkly. The gates opened and I took a spot at the bar, waiting for my friend to arrive, sipping a six-dollar shandy and consuming my book, A Universal History of Infamy by Jorge Luis Borges. As a batting practice home run spilled into a hungry circle of nearby onlookers, I read a harmless passage:

“The Mississippi is a broad-bosomed river, an immense, dim brother of the Parana, the Uruguay, the Amazon, and the Orinoco. It is a river of muddy waters; each year, disgorged by it, over four hundred million tons of silt profane the Gulf of Mexico. From time immemorial, so much muck has built up a delta, where gigantic swamp cypresses grow out of the debris of a continent in perpetual dissolution, and where labyrinths of mud and rushes and dead fish extend the bounds and the peace of this foul-smelling alluvial domain.”

Writers sometimes have these moments, as of a fox who spies a eagle, when they understand a whole domain in the sky closed to them. It’s not that I couldn’t write these words, or even perhaps stumble across the wonderful use of profane given enough tries. What I could never do, will never be able to do, is see that mud, to find the truth in it. I cannot see that way. I can manually take in the view before me, like memorizing a photograph. But when my life operates at full speed, I too easily convert the information into wireframe, break it into its proteins and react accordingly to whatever meaning I absorb. Art is produced half by the hand and half by the eye, and I am half an artist. 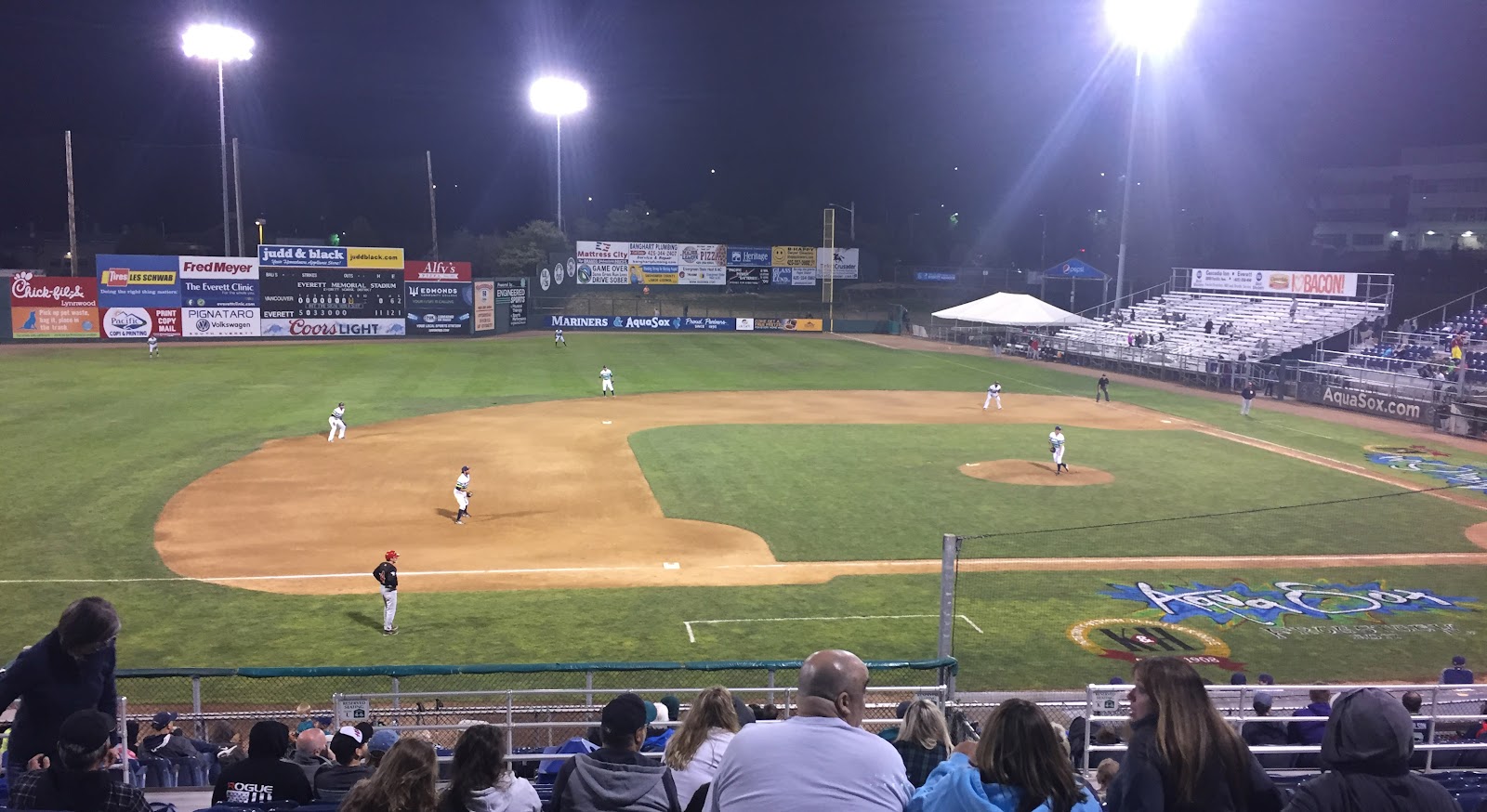 The weekend before I went to a baseball game. My friend Brendan, a scout, took me to the local short-season ballclub. For years, I’ve had a line on my idea spreadsheet: to scout the least prestigious prospect in an organization. For Everett it was Joe Venturino, a 36th round second baseman out of Ramapo College, repeating the level. But when I got there I realized that while I could watch Joe Venturino, I could not actually see him. I lack the vision of the scout. There is mud in every pitch, in every overlong swing and every person’s trip to the grocery store. To me he looked like every other .212/.257/.274 player, a young man playing one of his final games of professional baseball.

Back at Safeco Field, I sat and read my book and despaired at my limitations. So consumed was I by my lack of sight that I failed to notice my friend, photographing herself next to me. 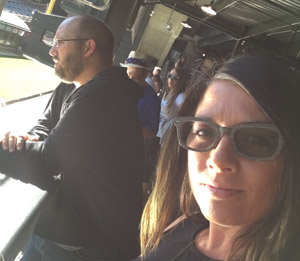 In Langston Hughes’ seminal poem “Harlem”, we as the audience are asked a simple question — “What happens to a dream deferred?” The answer to this question is the seemingly revelatory rhetorical question that Hughes uses to end his poem: “does it explode?”

While Hughes was talking about issues a bit more serious than I’ll be covering here — the deferred dream of civil liberties for African Americans in the 1950s and 60s are always kind of more historically relevant than old baseballers — I am kind of taken by the question. What happens to a dream deferred, especially when that deferral is probably more of a rejection? Well, in baseball, it doesn’t explode — it just disappears.

Most people into the game enough to read Baseball Prospectus have their favorite failed prospect — Domonic Brown is mine if I’m being a homer about it; Todd Van Poppel is my actual favorite if you force me to pick — but while recording a podcast tonight, I was forcefully reminded of players that totally fall off the radar. A career deferred: totally anonymous, despite having played at the highest level of their sport, and unceremoniously forgotten by history.

The one guy I have kicking around in my head is Cory Sullivan. Sullivan was a seventh round draft pick by the Colorado Rockies in 2001, and he reached the big leagues in 2005. A center-fielder on a pre-Carlos Gonzalez Rockies squad, Sullivan manned the position…ably? With some greater skill than most people would? And he was able to hit…sometimes. He walked fairly often, and his OBP was fine, but he mostly had some speed and not a lot of pop, with no clear defensive utility. As a result, and with the rise of CarGo, playing time quickly evaporated for Sullivan, and he kicked around until he finally stopped playing the baseball we care about in 2011.

And I literally do not know him from Adam. He was playing during my early days in fantasy baseball, but I never scouted him for cheap steals. His last stop was the 2011 Lehigh Valley Iron Pigs, the Triple-A affiliate of the Philadelphia Phillies, a team I obsessively followed and wrote about in 2011. Finding this out is as shocking as it would be were I to discover he was my actual father. The ink in front of me showing his stats insists Cory Sullivan existed, but my mind fully rejects it.

And what a sad place to end up. It’s not as bad as being black under Jim Crow, not by a long shot, but there’s this loneliness in being a ballplayer forgotten that’s still just there in Hughes’ marvelous verse. Cory Sullivan had a whole career in a sport I spend waaaaay too much of my time thinking about, and to me, he may as well have never existed.

So here’s to the forgotten man — I can’t toast you by name, but here’s hoping someone remembers you somewhere.

You need to be logged in to comment. Login or Subscribe
jfranco77
Also noted poet Bruce Springsteen: "Is a dream a lie, if it don't come true, or is it something worse?"
Reply to jfranco77
BrewersTT
I'm certain that someone remembers Sullivan, and those of his species, somewhere. At some point he got a game-winning hit or made a huge catch that a bunch of then-kids remember seeing. The people he played with remember him, and perhaps some are close friends. Someone needed his baseball card to complete a set. Someone caught his foul ball, and his home run.

He may not have left a mark on everyone, but rest easy, there's no chance he is completely forgotten.

Beyond that, my guess is, if you told him he had no public identity beyond being a single anonymous thread in the fabric of baseball, he might well be happy with even that.
Reply to BrewersTT