[Rhys Hoskins has been electric since being called up for the Philadelphia Phillies, a franchise that deserves some electricity. He wasn’t called up in time to select a nickname for Players Weekend (how hard is it to put S’PIECES on the back of a jersey), but he was able to fill out his tribute sleeve patch, honoring his mother, who passed away in 2009 of breast cancer.] 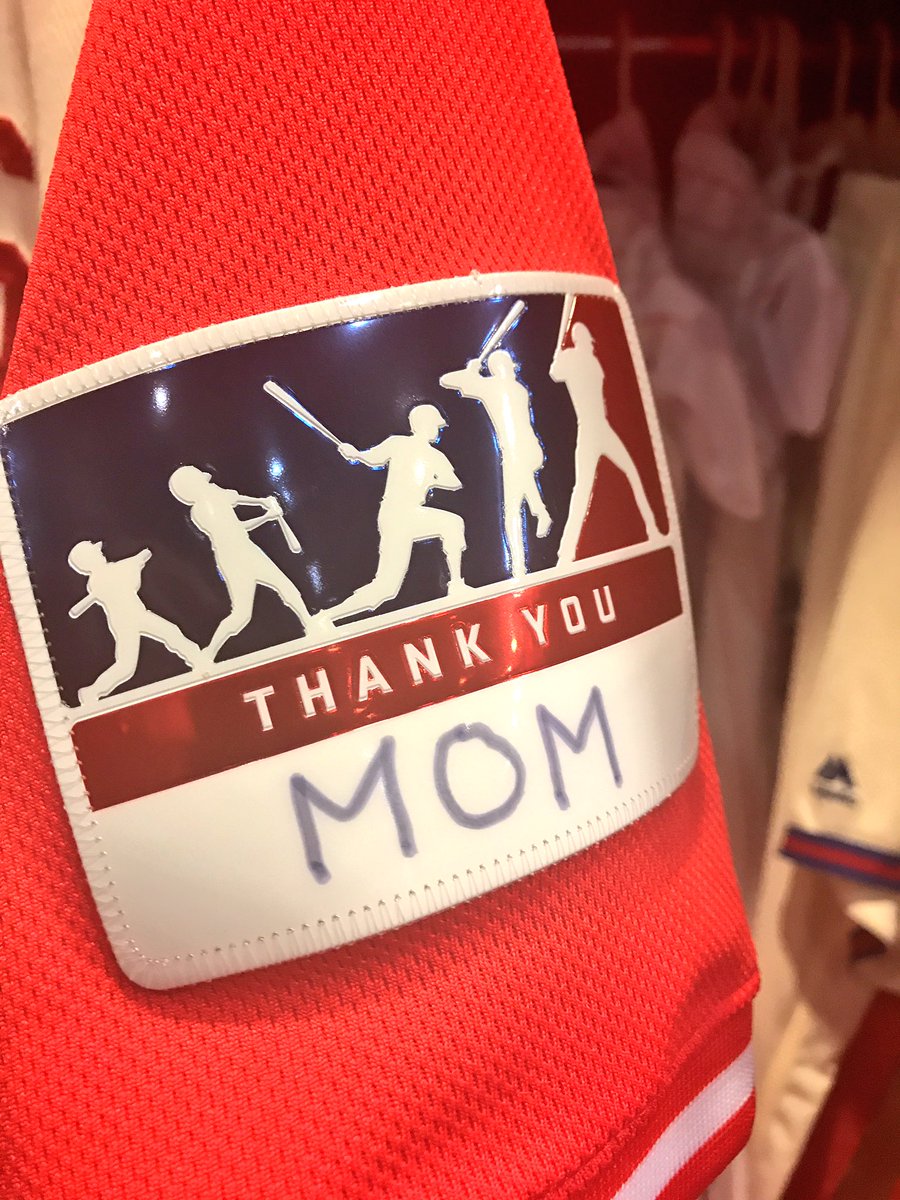 Early on, you’re cocky. You have to be. We’ve got this, you say. This will not beat us. You are upbeat, because you have to be. Your strokes are assured, confident, bold. A disease has one face and you have many. There is an army of people in your corner, sending cards and flowers and thoughts and prayers. You grab a wide-tipped pen and where some plant a stem, you build a tower with thick, dark ink. Making the M, you allow the pen to dip briefly before shooting it skyward, then attaching it to another, firmer base. When it’s done, it looks like two people holding hands: a blueprint for bravery.

Maybe it’s been months, and maybe it’s been years. It could be days, although the days will feel like years. The waiting rooms are empty now; the cards have slowed to a leaky faucet’s trickle. The illness is the default. The illness is winning. You do your best, but towards the end, your hand wavers. It’s just you, after all; no more hand-holding. The breath falters. The grief sneaks up on you in unexpected places: in the smile of the grocery checker, the memory that strikes you when you smell salt air. It occurs to you how hard it is to make a perfect circle. You do your best anyway, to make it something you can both be proud of. You almost make it to the end without breaking down.

You’re at the end, and it feels like the beginning again, somehow. This time, though, you’re practical. You’ve planned. Those sleepless hours, the nights spent bolt upright in a staticky vinyl chair counting ceiling tiles because you were afraid to go to sleep–they’ve all led to this. You are measured, careful, exact. You make sure this one last thing is perfect.

In 1935, Eddie Stanky was 19 years old. A scrawny young man from working-class Philadelphia who hit for neither average nor power, who didn’t have a glove of gold or much speed to speak of, Stanky’s baseball talent was largely derived from sheer hard-headed determination – an absolute belief in his future as a ballplayer, .243 batting average be damned.

That determination had gotten Stanky as far as Greenville, Mississippi, the home of the Philadelphia Athletics’ Class C affiliate. But confronted for the first time by the fierce competition of pro ball, and transplanted far from the only place he’d lived his entire life, it took only weeks for Stanky’s lifelong resolve to unravel. His desire to win was overwhelmed by his desire for the safety of family and familiarity. So he wrote to his mother, back at 915 East Russell Street. He asked her for money to return home.

He received this reply:

Received your letter and am sorry to hear that you are so homesick.

You will notice that I did not forward any money for your passage to Philadelphia. The reason was not that I didn’t have it to send to you, but that you were trying to tell me in your letter that you wanted to come home right away.

Edward, I have tears in my eyes while I’m telling you this, but if you do come home, please do not come to 915 East Russell Street. We do not want quitters in this family. 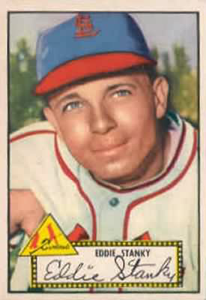 Stanky played 104 games in Greenville. From there he went on to Williamsport, Pennsylvania, and from there on to Portsmouth, Ohio, and then back to Williamsport, and then back to Portsmouth. It was not until 1943, almost a decade after receiving the letter from his mother, that Stanky broke into the major leagues – not with Philadelphia, but with the Chicago Cubs. He went on to play for 11 seasons on three pennant-winning teams, then moved on to managing, until he finally left the major leagues behind in 1968. He settled in Alabama and became a college coach.

In June of 1977, though, Stanky briefly returned to professional baseball, taking over as the manager of the Texas Rangers after Frank Lucchesi was fired. “Once you get a taste of it, you’ve always got a hankering to get back,” he told the press when he joined the team on June 22nd. The Rangers beat the Twins that day, 10-8.

In 1935, at age 19, Stanky’s wish to leave baseball and return to 915 East Russell Street had rendered him homeless. Alone in an unfamiliar world, he’d had no choice but to keep playing, to keep struggling all those years in the minor leagues towards an uncertain future. In 1977, at age 61, Eddie Stanky had a choice. He could choose to stay in major league baseball, the manager of a team that went on to win 94 games; he could keep chasing the thrill of battles won and opponents defeated on the world’s biggest stage. Or he could return to Fairhope, Alabama, to his wife and six children, to the college program he’d spent the past ten years building up from nothing. This time, he could choose to be a quitter. He could choose to go home.

And this time, Stanky chose home. He resigned as manager of the Texas Rangers after less than 24 hours in the role.

Eddie Stanky died in Fairhope on June 6th, 1999, surrounded by his wife, children, and eight grandchildren.

Onelki Garcia and the Nature of Suffering 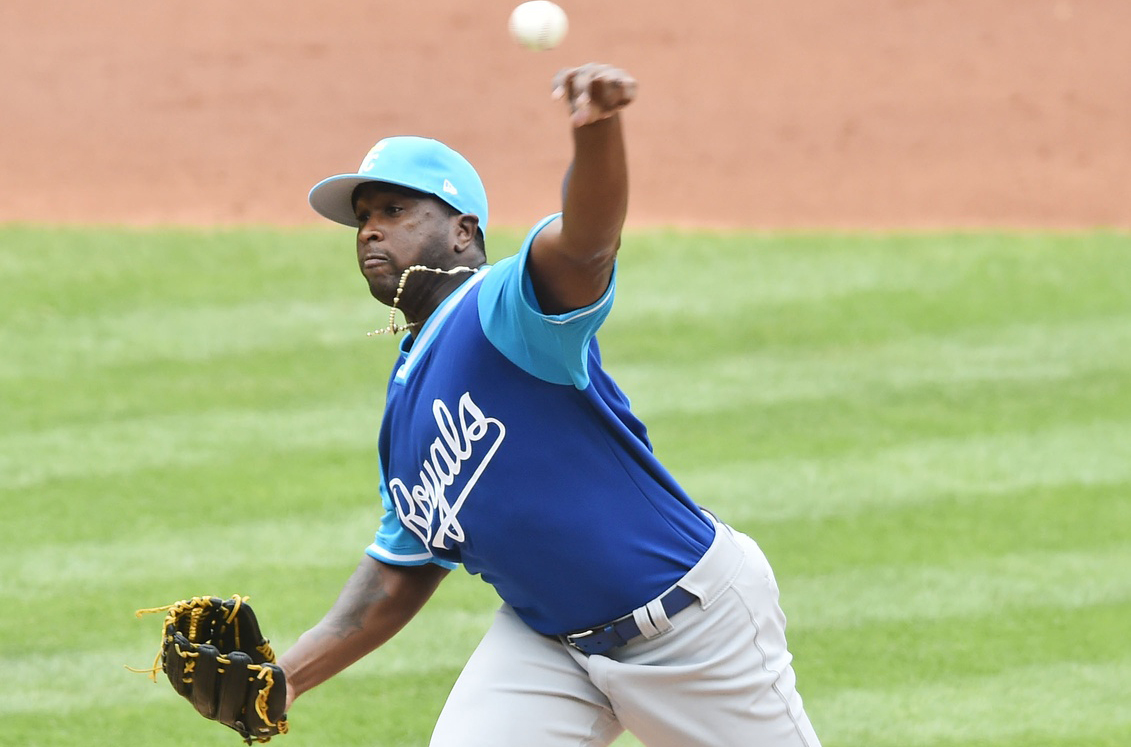 Five years ago, Garcia was a Cuban defector with a story that’s heartbreaking in the way it’s familiar and terrifying in the way it’s not—midnight boat ride, imprisonment, facing the barrel of a gun. A $7 million signing bonus was supposed to be waiting on the other side, but what came instead was an intense debate about his status that left him temporarily ineligible and had him pitching in a California rec league until he was cleared to enter the draft a year later. (The Dodgers selected him in the third round and signed him for a tiny fraction of the riches he’d sought.) Then came one inglorious inning of major-league work in 2013 as a 24-year-old September call-up, and a long stretch of waiting and work.

There was elbow surgery and then there was knee surgery and then there was a move to the White Sox on waivers. There were months in the minor leagues, none of them especially good, and then there was news that he’d been cut and news that no one wanted to sign him and a season in the Mexican League instead. Next was a minor-league deal with the Royals and time bouncing between the bullpen and the rotation in Double-A and Triple-A and then, finally, finally, an injury to someone else that meant Garcia got the call back to the big leagues after four seasons away.

And yes, they are using a photo of Matt Strahm for Onelki Garcia on the stadium scoreboard here at Progressive Field.

Garcia got the call from the bullpen in the second inning on Sunday, his entrance a sign of surrender in and of itself after the starting pitcher had imploded. And then, after all of this, here is how Garcia’s first inning went:

The Royals haven’t scored a run of their own since.