Getting In A Fight On Your First Day

You may have heard stories like Zac Reininger’s before. A rapid-rising reliever lost a year to Tommy John surgery halfway through the 2015 season, began the 2017 season in High-A, and pitched 11â…“ innings in Triple-A before the team saw enough and called him up to the majors on Thursday night. Yes, it’s the Tigers bullpen, so it won’t be long before he falls onto the business end of the lazy susan back to the minors, but his job was to come up and help the team in a lost year.

His first day on the job? Help out with a medium-large brawl.

I don’t know if Miguel Cabrera knows who Zac Reininger is, and he still probably doesn’t know him. Cabrera was at the center of the shenanigans and Reininger, still new to this whole thing, ran out with his peers but, uh, 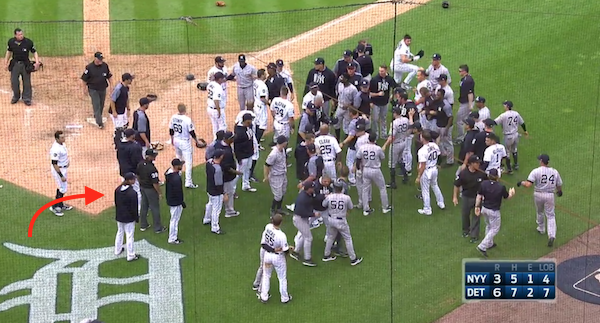 Might as well just take it in, right? You’re a rookie. You’re not in the books yet. Just see what all the fuss is about. Don’t make waves. Are you — are you behind the umpire? Son, don’t make it too obvious. Get on in there. 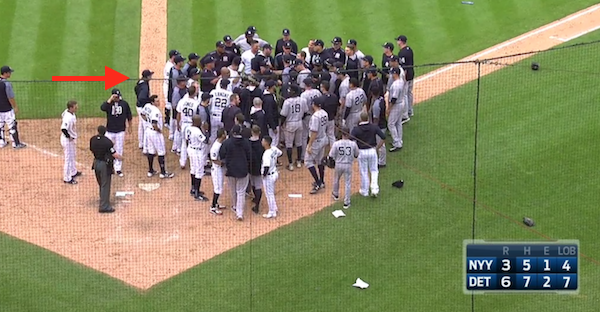 Reininger has yet to make his MLB debut but he did see his first action on the ballpark, backing up his teammates. Probably. Then again in most games if the Tigers have something under control, like punching the catcher, usually bringing in the bullpen just makes things worse. But I guess he can learn that on day two.

The Concise History of Players Weekends 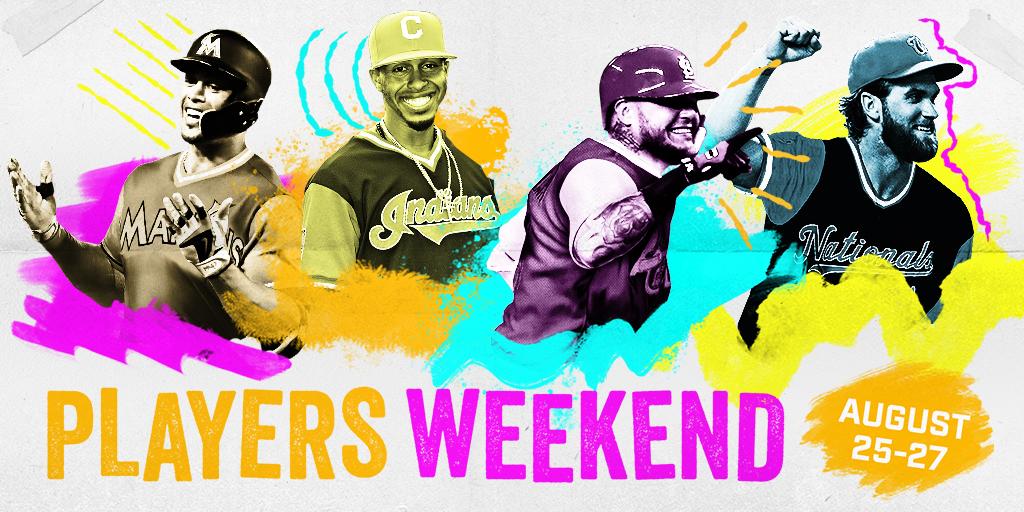 Although Major League Baseball is promoting Players Weekend as the first of its kind, a quick scan through history reveals this is not the case. Indeed, there have previously been four such weekends, and while they did not garner the attention devoted to this weekend, they each embody a crucial lesson pertaining baseball advertising. And so, in preparation for the upcoming weekend and as a means of tempering fan expectations, it is crucial to examine these Definitely Real And Totally Not Fictitious players weekends of the past.

1901: In an effort to cement the American League as a legitimate major league entity, president Ban Johnson poach a number of star players (Cy Young, Nap Lajoie, Joe McGinnty) from the NL, promising player approval of trades, medical coverage, and binding arbitration. In retaliation and to demonstrate the futility of decentralized (unionized) power, NL owners create Anarchy Weekend, in which the players are fully in charge of the game, and all established rules suspended. The weekend features numerous fisticuffs (primarily between Chicago’s Jack Doyle and every Pittsburgh Pirate), and several anarchist fans in attendance are later embroiled in the assassination of President McKinley. Players Weekend is not organized again for some time.

1944: Attendance is dwindling across both leagues, precipitated by lack of leisure time and money, and a sea of unknown players populate many teams. By the end of 1943, Americans of every class have felt the impact of the war; most common foods are rationed and all resources relegated to the war effort. To boost attendance and provide a sense of relief from the war, teams band together to create Meat The Players Weekend, where select fans get to interact with players and receive free sausages and quality beef cuts, by then rare indulgences. Unfortunately, teams did not account for storage, and so to the drudgery of war is added a nasty case of food poisoning.

1977: The expansion of Major League Baseball into Seattle and Toronto represents the culmination of roughly a decade of constant motion. Indeed, “movement” became synonymous with baseball. Teams are constantly relocating, generic stadiums designed to obfuscate the team and city’s roots, and stolen bases become prominent. To celebrate this fluidity and enforce the idea of baseball itself, rather than its particularities, as worthy of adoration, MLB institutes the anti-Players Weekend. All names, numbers, and other demarcations of individuality are stripped from the backs of jerseys; fans are demanded to appreciate baseball qua baseball, rather than affixing themselves to particular players. Though the most successful incarnation of Players Weekend to date, officials quickly learn that Rod Carew and Pete Rose are not so interchangeable.

1998: This year is marked by Bill Clinton’s sex scandal, the release of Saving Private Ryan, and the creation of Furby. Meanwhile, backed by the McGwire-Sosa home run chase, baseball is beginning to repair the damage done by the strike-shortened seasons of the mid-90s. In an effort to capitalize on baseball’s popularity and ensure its success beyond the season, newly-appointed commissioner Bud Selig teams up with Tiger Electronics to display players’ personalities in customized Furbys, debuting on Players Weekend. It is said that Bonds’ failure to reach the HOF is not due to steroid use but rather his complicity in scarring an entire generation of fans, who swear they can still hear the slugger’s Furbyfied voice emanating from their closets.