Brooks Pounders and the Case of the Disappearing Ace, Pt. 2

(Last week, the world was introduced to Brooks Pounders, Private Investigator. This week: the thrilling conclusion.)

Pounders wheeled into a parking spot outside the Coliseum, flicking his spent cigarette out the window with his right hand as he cranked the window up with his left. Lighting another, he slammed the door to his green ‘72 Gremlin and marched toward the player entrance.

“Jharel Cotton, is he here?” Pounders asked the guard, his impatience apparent.

“Name’s Pounders, P.I. and reliever. From L.A.” He flashed his badge; the guard assented.

Pounders wound his way to the clubhouse, through the dank tunnels of the Coliseum, a tinge of an unpleasant smell lingering on the back of his tongue. The smoking habit hadn’t killed his senses so completely that he couldn’t catch the unmistakable stench of raw sewage. Swing open the door, Pounders found himself face to face with the man he came to see.

Cotton looked up from tying his shoes, wearing a practiced blank expression. “Yeah? You’re with the Angels, you guys aren’t in town for another week. Sent down to Triple-A again, huh?”

“Nah, here on business. I got some questions about Garrett Richards.”

Richards exited the game on April 5th after his 76th pitch, but Cotton took the loss. Pounders thought that Cotton might have made off with Richard’s stuff, but Cotton acquitted himself after he explained his poor 2017. An ERA over five, a spate of home runs allowed, and a frustrating inability to turn his nasty changeup into a successful season—it wasn’t Cotton. Pounders, resigned to defeat, ended by asking Cotton if he had seen anything suspicious lately.

“Hm. I don’t think so. Been a pretty quiet season around here, all things considered. Gray’s gone, but he sure as hell didn’t take Richards’s stuff. Maybe check with the elephant, Stomper: dude’s been killing it in the rec leagues, that’s the rumor going around. That’s all I’ve got for you though.”

The damn mascot. Never could understand why Oakland had an elephant running around, they’re the Athletics for cryin’ out loud. But I guess I’ll check in with him, couldn’t hurt.

A few hours later, and Pounders plopped down behind the A’s dugout, waiting for Stomper to emerge in his green top and stirrups. It didn’t take long. A Khris Davis two-run shot compelled Stomper to moonwalk on the top of the dugout, and Pounders pounced:

“‘Ey, Stomper! I got some questions for you regarding the disappearance of one Garrett Richards’s stuff.”

Stomper pivoted toward Pounders, cocked his head to the side when the big righty addressed him. Upon hearing Richards’s name, the portly mascot bolted for center field. Pounders leaped to action, and the pair darted across the diamond, eluding the pair of security guards chasing limply after them. Stomper hit the warning track at full speed, preparing to scale the center-field wall before slipping under the monstrous bleachers, but as he did so, his left foot skidded on the dirt and the mascot found himself face first with the cushioned green wall.

Pounders hit the brakes just before the warning track, avoiding the embarrassing fate of the robustly proboscised mascot. Stooping down to remove Stompers head and reveal the mascot’s identity, Pounders dialed up the captain.

“Captain? Yeah, I think I found our guy. Had to chase him down. Nearly beat me by a nose.”

Pounders turned to the now headless mascot, to the man wearing the suit. He recognized the man immediately, with his mustache turned up on the sides and an impish youth about him despite his advanced age.

“Rollie Fingers. I’ll be damned. Well, your fingers might be slick, but we caught you red-handed.”

Back at the Angels’ clubhouse, Fingers spilled it all.

“I had to get close to Richards, I knew that not many would suspect that his stuff had gone missing since his elbow was in danger of blowing out again. So I stole the Stomper suit to get close, and that night I snatched his stuff while he wasn’t looking. Thought I could use it for my beer league games, and I was right. Haven’t lost since.”

Pounders stared him down.

“You better hope the penitentiary has intramurals.”

Brooks Pounders, P.I., will return in MOUND OF THE BASKERVILLES. 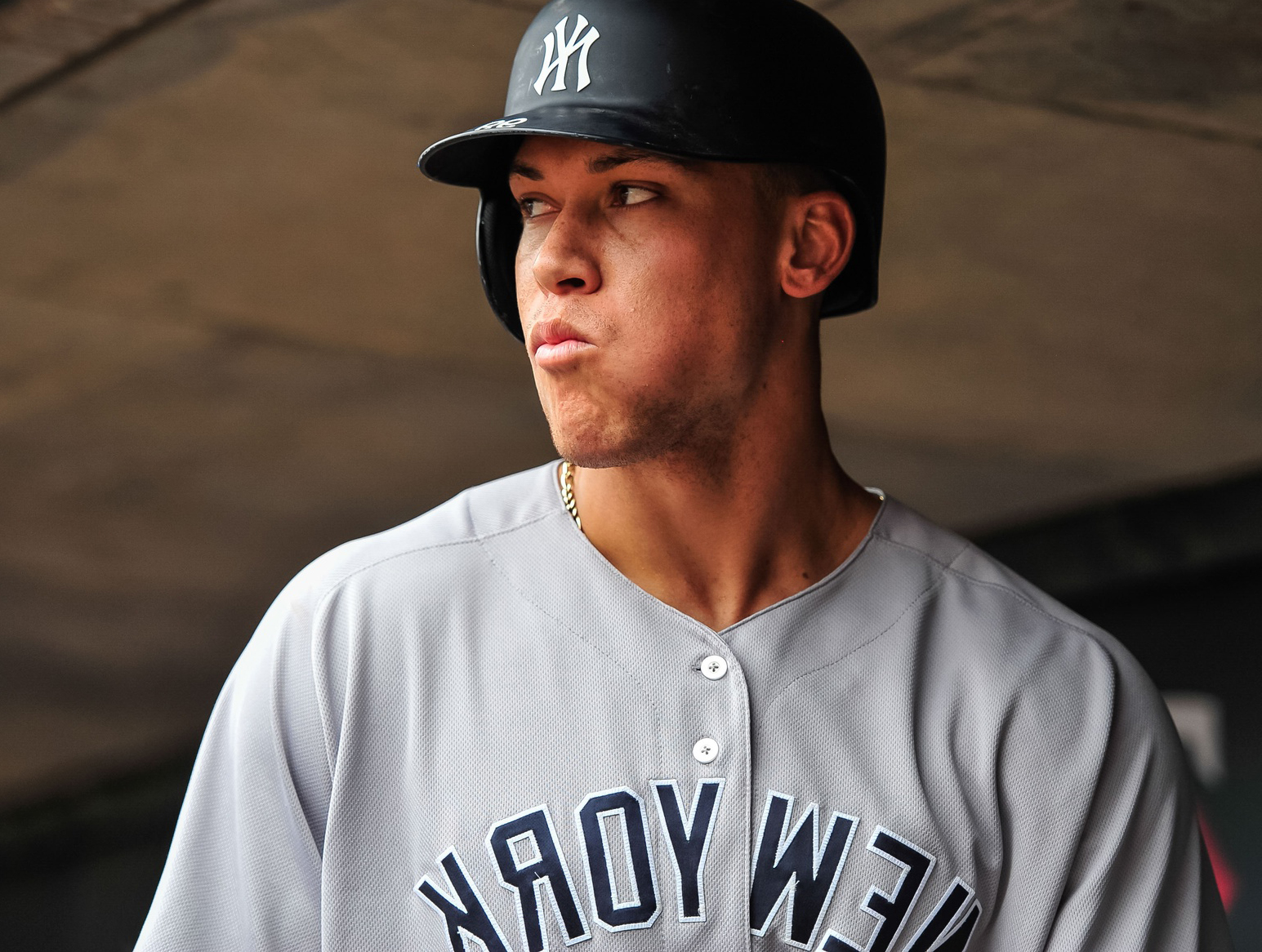 Earlier today, Grant Brisbee of SBNation wrote a tweet that revealed a perfect article just waiting to be written. For posterity:

When you're trying to ask how Jose Canseco and Ruben Sierra passed through waivers in 1992 pic.twitter.com/aP24qig6eC

Sure, Grant’s original article idea sounds just fine, even fascinating in its way. But is it anything remotely close to the thrill of finding out how Jose Canseco — who remains among us in the land of the living — died? No, unfortunately, it is not. So, learning from Grant’s error, I decided to totally avoid true, boring, news stories that actually happened and instead enter into the speculative. Here, without further ado, are stories drawn from google’s auto-complete mechanic about your favorite players:

Jim Rice played with the heart of a lion. Not metaphorically, he literally had the tiny shriveled heart of a lion that he was given by a second grade teacher with an eccentric streak. “Jim,” the teacher told him, “you’ll run into some difficult times in your life but if you hold this tiny amulet close, this former life-jewel of the majestic tiger, no one can defeat you!”

Jim played hard with that lion’s heart next to his own, even though in his most honest moments, he’ll admit it was an apricot pit.

We enter “How did Mickey Mantle” and autocorrect pops out “How did Jim Rice Change the World?”

“Well I know it’s foolish and frankly insane, and that’s why I’m bringing it to you,” the man yelled at his best friend Burt Bixby, local down-on-his-lucker and the biggest Yankees fan on the planet.

“Ah gee pal, I can’t see this workin’ and you know I’d do anything to make you happy, but I dunno.” Burt kicked the wall and scuffed his shoe on the street in embarrassment.

“It’ll work Burt,” the young man grinned while he shook his friend in excitement, “why it’ll have to work. Two stages of thrusters at just the right angle, and we’ll get a man on the moon or my name isn’t Mickey Mantle!”

“By eating my veggies and drinking nothing but Steinbrenner Brand Ionized Super Water!”

The producers surround Aaron, whispering into his ear. There’s no such thing as Steinbrenner Brand water, and ionizing it wouldn’t do anything anyway. It’s tap water, there has to be a better answer to the question. Tap water is not an acceptable answer. Think, Aaron, what’s a better answer???

Everyone sighs in relief.

“That’s because my eyesight got better with Steinbrenner Brand Vizio-Goggs!”

The producers groan as Aaron smiles to an enthusiastically nodding Hal.

Eh, maybe Grant had a point.

You need to be logged in to comment. Login or Subscribe
GBSimons
So was it supposed to be a lion's heart or tiger's heart? I'm so confused...
Reply to GBSimons