Tyler With the Chicago Cubs Places a Phone Call 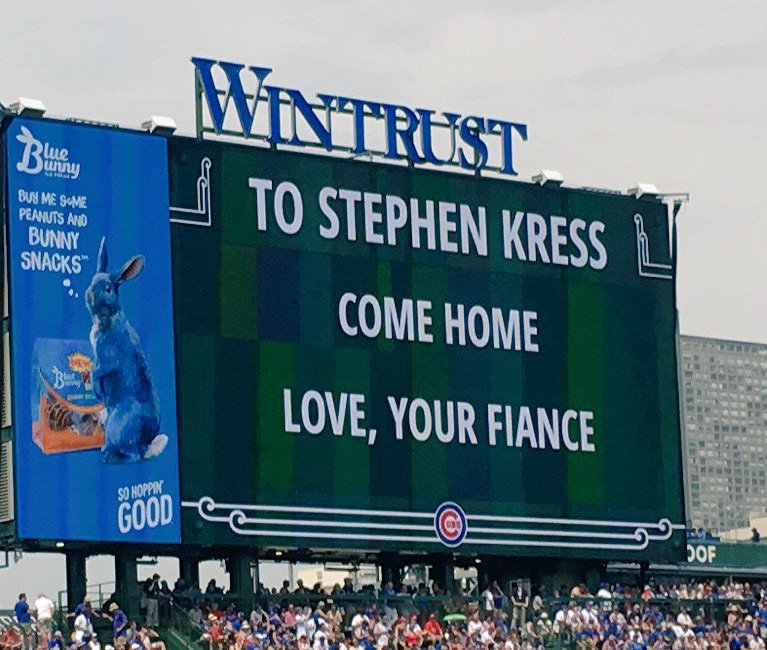 “Hello, Ms. Stephenson? Hi, this is Tyler with the Chicago Cubs Fan Engagement department. How are you today?

I’m well, thank you ma’am. The reason I’m calling today is regarding the scoreboard message — or I should say messages — that you’ve purchased.

No, ma’am, the payment went through just fine and thank you for that. It’s just that the order was to have your message — the same message — appear on our new video board during every home game, and well, that seemed a little curious to me.

Now, look. It’s certainly not my place to judge, ma’am, and I hope I don’t come across as if I am, but I see in your records that you’ve ordered this message for every home game for the past 15 years. And while your message seems sincere and heartfelt, I just wanted to make sure that you understand that these messages only display for about four seconds per game, and, well, the likelihood of someone…

And, ma’am, pardon my forwardness — but have you tried contacting the police? Uh huh. OK. Oh, a private investigator, too? I see.

Not a single phone call? No letters?

No, ma’am, I’m sure Mr. Kress was an upstanding member of the community and no one had reason to cause him harm. It’s just…

Well, Ms. Stephenson, we certainly appreciate your patronage and your support of the Chicago Cubs. Yes, the World Series. It’s hard for us to believe even now. It certainly was a special year.

Well ma’am, I don’t work in the front office, but I’m sure they are working diligently to improve this team and give us another shot at the crown.

Alright, Ms. Stephenson. I wish you the best of luck and here’s hoping you won’t need to buy these scoreboard messages come next season.

No, ma’am, that’s not what I meant. I was just saying… Of course. My apologies. Have a nice day. Indeed — go Cubs.”

Brooks Pounders and the Case of the Disappearing Ace 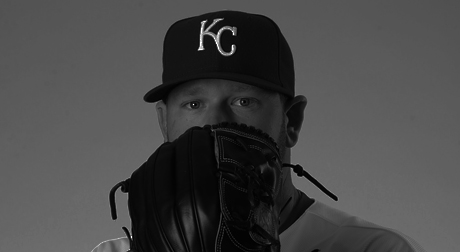 The captain sidled up to his locker, as he had done many times before. Leaning on his left bicep, like a silhouette cowboy, Brooks Pounders knew what to expect. The captain wrapped on the side of Pounders’ locker twice with his knuckles, and launched into the familiar speech:

“Pounders, get warmed up. I got another one for ya, and this one’s a doozy.”

“What’s it this time, skip, the case of the stolen base?”

The captain sighed. “How many times you gonna toss that one off before I sock you one, eh? Straighten up, Pounders. This one hits close to home, and we’re gonna need you in your top form.”

Just my luck, thought Pounders. Doesn’t the captain know Sciosch hasn’t tossed me in there for a week? I’m the last guy on the staff, and he does this to me; sends me searching for something I know ain’t coming back.

About three months prior, Angels’ staff ace Garrett Richards’s stuff had gone missing. All of it: the fastball, the slider, the curve, even his rarely-used change. Someone had made off with the whole repertoire, and Richards had suffered for it. Staring down a season without his goods, Richards tried to overthrow a fastball in April, and wound up with a bum wing. What looked to be a short stint on the DL turned into three long months. Now they had a lead.

And if there was one thing that Pounders was good at, it was protecting a lead.

The captain had uncovered a blip on a Brooks Baseball page while writing his weekly analytical piece, and thought that Pounders ought to check it out. It was a stretch, said the captain, but Richards had been throwing his slider about two miles per hour faster, before the robbery, than he had over his career. Pounders buried his resentment momentarily after hearing the details, and quickly found himself intrigued.

The cigarette that Pounders dragged on slowly bobbed as he listened. The ash creeped toward his dust-dried lips as the captain explained stumbling upon the release speed graph plotting Richards’s career. Along with the curiosity growing inside him, Pounders found himself with a tinge of the coldness he felt toward Richards. The righty hurler had always had some good stuff, while Pounders toiled at the fringes of the roster. He wasn’t inclined to give Richards a hand in regaining his roster spot and therefore jeopardizing his own, but the captain’s earnestness rubbed up against that cold spot in Pounders and created enough friction to thaw it. Pounders couldn’t turn down the case—not with a solid lead, not with the leverage so high. He could make an impact, he could earn some bigger cases like the ones he had in Kansas City. It’s what drew him to the career all those years ago, the halcyon days of Temecula and Pittsburgh. Smaller towns with lower stakes, steps on the way to where Pounders found himself now.

“Looks like I’m heading up the ol’ PCH this weekend, skip.” Oakland held some answers. Pounders would finally provide Richards, and himself, with some relief.

Brooks Pounders returns next week with the stunning conclusion to THE CASE OF THE DISAPPEARING ACE. Same BP time, same BP column. 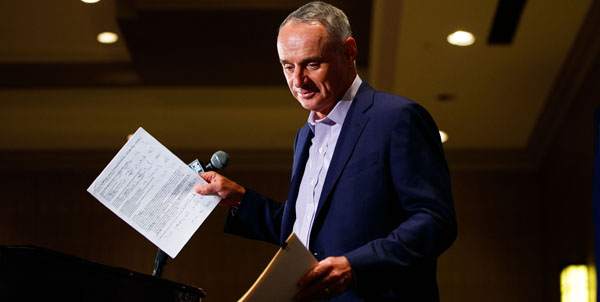 NEW YORK — Major League Baseball commissioner Rob Manfred held a press conference this afternoon to unveil a new exciting project for the sport, one intended to appeal to younger audiences. In a surprise move, Mr. Manfred revealed that the 2017 season would be just one of a number of episodic baseball presentations built in the same universe and involving many of the same characters and plotlines.

“We see this as an excellent opportunity to weave our many valuable multimedia products together to create a vast, synergetic universe with multiple perspectives and genres.” Manfred told reporters. “For instance, a fan might watch their favorite team defeat the Miami Marlins and think, ‘I wonder what happened to those players?’ Now, they can follow along with the Marlins subplot as well as their hometown nine. It’s like Rogue One for sports.”

Manfred also noted that fans could enjoy baseball in various forms: “Television shows, movies, books about kids learning the importance of playing hard, web logs, and other formats.” He also mentioned that baseball has teamed up with Microsoft to create MLB Minecraft, in which players can build their own teams out of blocks and defend their stadiums against zombies. The game is expected to be released Q4 2017. He also announced the return of Starting Lineup action figures, and a new comic series about a kid who only hits homers.

Obviously, there are some concerns, as there are any time when we see an explosion of content. Fans could very well ask: do I have to accept a world in which DHs walk alongside normal human beings? Is Alcides Escobar canon?

Still, MLB is moving forward unperturbed. Zack Snyder has been penned to direct the 2018 season, boasting a darker, grittier take on the sport of baseball. “I’m really interested in the storytelling aspects of America’s pastime,” the director of Batman v Superman is quoted as saying. “I just see a lot of ways we can play with lighting, and music cues. And some explosions.” Anonymous sources have relayed that the 2018 season is already $30 million over budget.

You need to be logged in to comment. Login or Subscribe
jsdspud
Stephen should break off the engagement and run out of town as fast as he can.
Reply to jsdspud