Memory is imperfect, mine particularly so. I often struggle with the names of the starting pitchers in All-Star games, as well as where I put my children’s shoes. But it is with reasonable certainty that I can narrate the events of July 31, 1997, a day that was fairly meaningless in the forward progress of society, and also fairly meaningless for myself, if perhaps somewhat less enjoyable.

It was summer, and I was home from my freshman year at undergrad. I was living in the basement of my parents’ Craftsman home in a small semi-retirement town, away from my friends, away from girls, discarding my days into Robert Jordan novels sitting on a metal glider on their silent, sun-drenched front lawn. My nights and weekends were devoted to manning a sandwich shop in the center of a small gas station out on the highway. The floor and the sky and the faces were all one mottled pastel shade of pink-gray, every sound an echo of other people talking about bands I didn’t like. Every day I sliced meat on a giant metal machine while listening to trade deadline rumors on a tiny radio, washed plastic tubs, swept dirt-colored floors and sold between two and three sandwiches a shift. Memory, as I say, is imperfect.

College, for me, is the time when my baseball fandom was generally at its nadir. But in the summers, living in an empty town, making minimum wage, in a constant progression of 95 degree afternoons, it was my thin lifeline. The 1997 Seattle Mariners were the best and worst possible example of such a thing: a roster with four Hall of Fame talents, and more problems than sports radio could cover in a day. Their wounds were self-inflicted. Their bullpen, led by the twin terrors of Norm Charlton and Bobby Ayala, seemed to make a hobby out of coughing up leads. Something needed to be done.

As the deadline approached, I stood in my aluminum prison, helpless, awaiting destiny. I pushed a ham through the whining circular blade with a rhythmic motion like a ticking clock: CHUNK. CHUNK. CHUNK. Reports, rumors whispered to me, all their potentialities laid out and forgotten. And then, with mere minutes to spare, the news arrived. The Seattle Mariners had completed the trade they so badly needed to make. They had obtained a pair of relievers, Mike Timlin and Paul Spoljaric. The cost: rookie left fielder Jose Cruz, Jr.

In retrospect, Cruz may be one of the most anonymous players of his era, a perfectly league-average left fielder who roamed from town to town. But for the people of Seattle, who had seen a parade of left fielders in Tracy Jones, Kevin Mitchell, Eric Anthony, Tiny Felder, Darren Bragg, Lee Tinsley… it was gut wrenching. The festering wound that was left field, finally cured, had been re-opened, our future sold. And we were helpless. The non-Mariner world moved outside, life continued. Meanwhile, we were trapped in our sub shops, waiting for autumn, with only our black forest ham to console us.

It has come to my attention, in studying the minors, that many teams are lazy in naming their affiliates. The Braves, the Gwinnett Braves, the M-Braves…show a modicum of creativity, people. The Cardinals try to get around this by naming their Triple-A team the Redbirds, but I see through your artifice, St. Louis. But perhaps this is what a Serious Franchise is about. Damn your Babycakes and your Biscuits and your local flavor; all teams must be slight distillations of their parent club. With that in mind, some suggestions:

The Richmond "Hey, You're Tall For A Girl"s

The Hagerstown Hooray for USA's!

The Nashville Played Intramurals in College 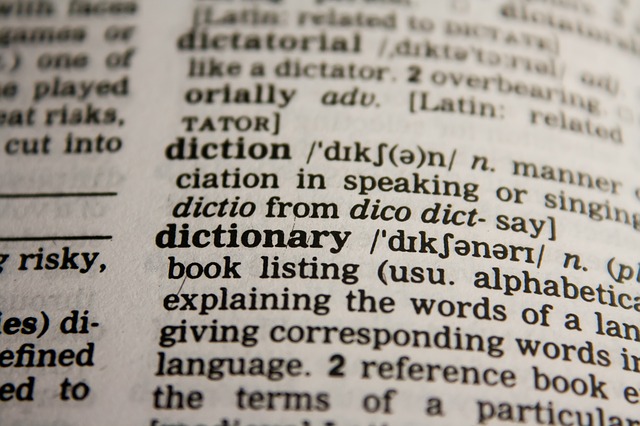 There’s a tendency to think of a dictionary as a strictly technical thing: definitions, pared down to their barest and most mechanical selves, a codebook. But that’s far too literal an interpretation to be at all meaningful. A dictionary, by necessity, is a guidebook to language—which must then in turn operate as a guidebook to culture, to custom, to the evolution and history of both these things. A dictionary isn’t one of the foundational texts of a society, sure, but it’s the one text that gives any foundation context and meaning.

This, then, is why the Dickson Baseball Dictionary (3rd Edition) is among my very favorite baseball books and perhaps even my favorite of them all. (Apologies to Prophet of the Sandlots and all of Roger Angell’s work.) There is no better history of baseball or analysis of baseball culture or funnier, weirder collection of baseball’s quirks. Here are excerpts of some of my most-loved entries, in no particular order:

kalsomine: A shutout. “Christy’s [Mathewson] kalsomine and control records stand forth as brilliant as ever” (Alfred H. Spink, The National Game, 1911.). 1st use: 1870… Usage note: The term has an adjectival form: “The kalsomining process to which Cleveland was subjected fully made up for the defeats which Detroit has sustained in the two preceding days” (Detroit Free Press, Aug. 20, 1881).

dypsydo: Synonym of dipsy-doodle—any odd-breaking pitch, such as a slow, tantalizing curveball, a suspected spitball, or a screwball.

rockhead: A player who misses signs.

Lady Godiva pitch: A pitch with nothing on it. “Eddie Siever pitched for us and his ‘Lady Godiva ball’ (nothing on it) was hammered for a 5–1 Chicago win” (Ty Cobb, My Life in Baseball, 1961).

Jupe Pluvius: Rain that interrupts or postpones a game. 1st use: 1868. Etymology: From the ancient incantation to Jupiter Pluvius, with “Pluvius” being an ancient epithet for Jupiter as rainmaker.

yannigan: A rookie, not a regular player; a player on the second team in a spring-training camp game…. 1st use: 1893. “Baltimore’s Yannigan [George] Treadway with the hoarse laugh and the round, tanned face made a hit in Chicago” (The Sporting News, July 22).

ear syphilis: A condition in which an umpire is overly sensitive to comments from players and fans and allows his performance to be affected.

pneumonia ball: A Walter Johnson fastball that supposedly passed the batter with such speed that he caught a cold from the breeze that was stirred up. 1st use: 1932.

larrup: To hit a baseball with force. 1st Use: 1886. “Deacon White larruped the sphere away down the right foul line for three excellent bases” (Chicago Tribune, July 6). Etymology: A colloquialism among the Irish dating back to at least the early 19th century. It means “to beat, thrash, or flog” and is said to be a corruption of the nautical term “lee rope.”

good: Excellent, in the context of baseball. This understatement is present in many baseball usages, from “good arm” to “good wood,” or “he pitched good” to “I’m swinging pretty good.”

Test is on Friday; no makeups allowed. You’ll be expected to use at least four in one sentence.

You need to be logged in to comment. Login or Subscribe
LlarryA
Love the dictionary. Reminds me of the glossary in the back of Brosnan's "The Long Season". (Actually, I would guess that some of his definitions are in this dictionary.)
Reply to LlarryA
BrewersTT
Lou Gehrig was sometimes referred to as "Larrupin' Lou".
Reply to BrewersTT