Kato Kaelin Talks About Sports On The Witness Stand

Why Counsell sucks @Brewers 1) he plays Thames 4k's 2day He can't motivate- after all star break we HAVE SUCKED. It's FN OVER! We R PUKEPUKE

CLARK: Now, you say you saw him at the time of the crimes.

CLARK: What were you doing?

KAELIN: Not a whole lot. Sort of like Greg Vaughn.

CLARK: Who is Greg Vaughn?

KAELIN: I’ll tell you what he isn’t. He NOT a BIG TIME HITTER good heavens this team and their OVERPAID TRASH. You’d think for THREE MILLION BUCKS Vaughn would learn to hit a god dang curveball! Pardon my language, but what a cheeseball.

CLARK: So were you watching a baseball game that night?

KAELIN: No! It was an off day. But then again they take MOST the days off!

CLARK: Let’s get back to that night. What was Mr. Simpson’s state of mind.

KAELIN: Dude’s a Dodgers fan. Can you believe it? I know we’re in LA and everything but Lasorda has all these million dollar PRIMA DONNAS. Not like the Brewers, baby!

CLARK: [heavy sigh] Did he mention anything about his whereabouts?

KAELIN: Look, I know you have a lot of questions, but I just want to show you something. This is Exhibit A.

CLARK: Actually we’re the ones who— 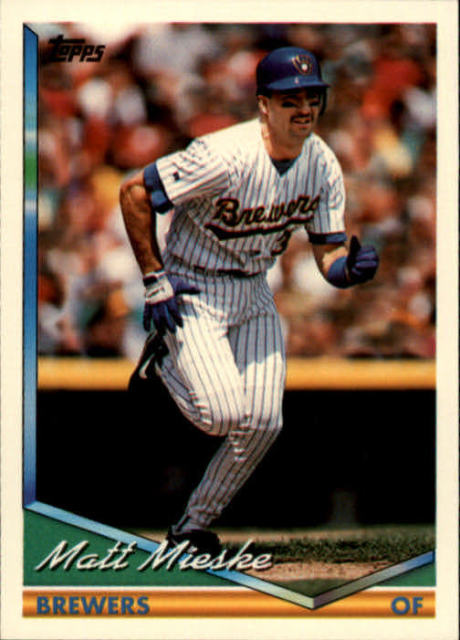 KAELIN: That’s how the Brewers are supposed to look! That sweet glove logo. Nothing beats it. Now look at Exhibit B here. 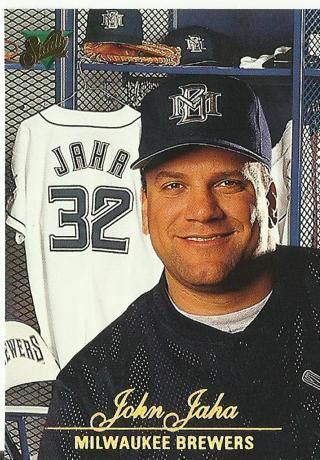 KAELIN: What the F is this S? The new logo is GARBAGE! This team has NO IDEA what it’s doing!

CLARK: Please, sir, can you just

KAELIN: They completely got rid of the glove. It fits absolutely nowhere on the logo.

CLARK: I’m sorry, what was that last part?

KAELIN: The glove? It has to fit somewhere.

CLARK: [long pause] Mr. Kaelin, thank you for your testimony. 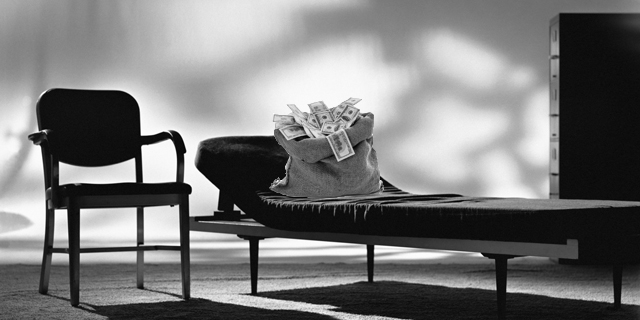 He nervously wound and unwound around his left index finger an unraveling string on the nearest of the two slightly faded yellow pillows adorning the taupe couch, his eyes scanning the rows of shelves lined with books of every genre save the one for which he was here. These offices are always the same, he thought, almost offensively neutral, the only differences being the color of the pillows and pattern on the rug. Today, a circular pattern of taupe. Last year, argyle taupe. Before that, plain taupe, and before that, striped taupe, and before that—

“Mr. Considerations,” said the neatly dressed woman who had just sat down opposite him, “shall we begin?”

Following a slight nod from the man, who—perhaps subconsciously hoping to remedy both problems—had now abandoned the pillow string in favor of rubbing his sweaty palms against his wrinkled pants, she continued: “So, what brings you here today?”

“Well, uh,” Cash began, his eyes tracing and re-tracing the circles on that taupe rug. “I just, I thought I, uh, could handle it by myself…I thought I was past this stage in my life. And for awhile, I was. I really was doing good.”

He took a breath and then continued, his desperate words streaming out at an almost incoherent pace. “I was making friends, more than I’ve had in decades, and trying to put down roots. I found a house, and I was saving up—stupid really—but I wanted it and I thought I could have it. But then, I don’t know, it got to this time of the year, and I broke. I started to cancel plans and delete texts. I began obsessively checking trade rumors.” He let out a mirthless chuckle, “I even set up a Google alert for my name. I’ve lost control.” Moving his eyes up to meet her gaze, he concluded, “And now I’m here.”

The woman scribbled several words into a moleskine journal, maintaining eye contact while doing so. She waited a beat, until Mr. Considerations seemed to have collected himself a bit, and asked: “How are you feeling about this?”

Cash quizzically furrowed his brow as he always did in response to stupidly obvious questions, and clenching his fists together so hard they turned white, he shot out his response at her. “How am I feeling? How would you feel if you were me? How would you feel if in the matter of a few days, you had suddenly undone years of so-called progress?! I obviously feel like a total failure. Like all the progress I’ve made was for nothing. Like no matter what I do, I’ll always end up back here. Like my life doesn’t ever belong to me. I get tossed around, moved from place to place, with no regard to what I want or what I need. Every time my name appears, I get laughed at. I can barely show my face around Oregon anymore!”

And then, quietly, fearfully, he added, “It’s tiring, too. For awhile, I was too exhausted to be bothered by it, or by anything, really.”

The woman continued scribbling relevant words in her notebook as Mr. Considerations, now shaking ever so slightly, stared out the window at the building across the street, wondering whether any of its inhabitants had ever sat on this couch.

After several moments, she sat her pen and notebook down on the cherry table beside her armchair and clasped her hands together on her lap, her full attention now resting on Mr. Considerations. “Tell me, in what ways do you think you could compartmentalize these thoughts?” she inquired.

There it was. The question Cash dreaded most. Previously, he had spewn out some drivel about keeping public and private, personal and professional, separate. This answer satisfied his therapists and himself for awhile, but it always rang hollow. And so now, at this rock bottom that wasn’t, he could choose the familiar, easy path or he could allow himself to finally learn how to cope.

He leaned forward on the couch, shaking no more, and silently counted 1…2…3. Inhale. Exhale. You are more than a throw-in.