So! You've decided to rebuild. Congratulations! Rebuilding can be an enjoyable and rewarding process for fans, teams, and ownership. But before you rebuild, be sure to prepare. There are many pitfalls that can befall the first-time process trustee. Fortunately we are here to help!

First, are you sure your team needs to rebuild? If not, follow this simple quiz:

If you answered “no” to any of the above questions, congratulations! You are past ready to rebuild — the only thing standing in your way are those backwards front office goons too committed to making the playoffs to do the right thing. Those goons! 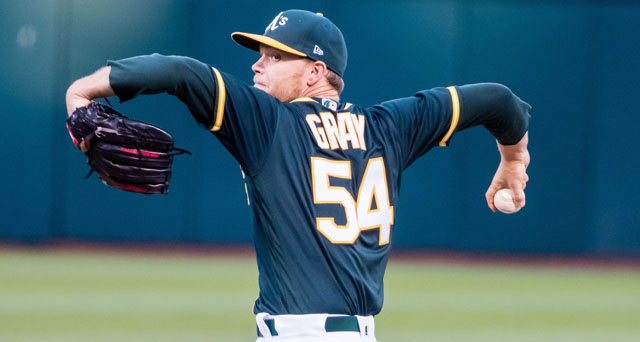 So now that you're committed to your rebuild, what can you expect? Here are a few suggestions.

And that's that — excitement, hope, and progress. That's rebuilding!*

*Excitement, hope, and progress not guaranteed. Rebuilding has caused disappointment, anger, and firing of GMs in some patients. Rebuilding may not be for everyone. Please consult your team’s contextual location in the standings before rebuilding.

It is often noted that the nickname, in baseball, has suffered steep decline; gone are the days of the sobriquets one would never say aloud, like “The Splendid Splinter”, or the evocative titles like “The Mad Hungarian.” Today titles generally fall into two categories–(first-name-initial + last-name fist syllable) or (last name or variant + y)–neither of which technically fulfill the requirements of a nickname. To qualify requires more than just substitution: it requires endearment. A-Rod and Gardy aren’t nicknames, but codes, no different than addressing them by their uniform numbers.

It’s not that we’re less creative than we used to be. It’s that naming has grown more divisive. In the old days, there was one person responsible for nicknaming: the beat writer for the team’s paper, who alone decided what the city would read about the game and its players. That’s how we got “The Commerce Comet.” But Trout, so often comparable to Mantle, has resisted his own meteoric equivalent, in part because he very rightfully wants his say in what he’s called.

Owning one’s own name would seem to be one of the most basic inalienable rights; names are inextricable from identity. And yet, like honor, the tragic thing about nicknames is that you can never assign them to yourself. Because of that “term of endearment” clause is ever-present, players are often confined as a subject of that endearment than an individual themselves. For a long time I wanted to be called “Lefty,” primarily because I am right-handed and thought it would be funny; unfortunately, I was unsuccessful. C. Trent Rosencrans, in a spring profile piece, uncovers some small note of despair:

Reds right-hander Anthony DeSclafani, a New Jersey native, was given the moniker “Disco” his freshman year at the University of Florida by a teammate who had trouble pronouncing his surname.

The name has stuck, even if it’s not DeSclafani’s preferred identifier.

“I kind of wish I wasn’t called it. But it doesn’t really matter,” DeSclafani said. “It’s easy for everyone. It’s different, so it works.”

DeSclafini should probably be more upset–certainly, he would be forgiven–but there’s no point. We cannot control what we want people to call us. Struggling only makes it worse. If we can’t change this terrible fact, if we can’t save ourselves, we can at least work to save each other. The situation: 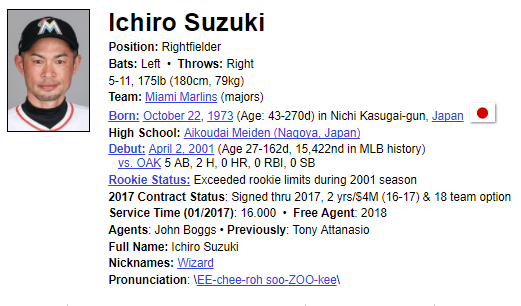 Baseball Reference is a continual blessing which we all take for granted every day. It is an amazing resource. And its nickname collation is perhaps the single worst thing about the site. Ichiro Suzuki is not nicknamed Wizard. If you were to approach random strangers and ask them which baseball player was called Wizard, the ones with curved-brim caps would assume you were talking about Ozzie Smith, and the flat-brimmers would just put their earbuds back in.

We need a system, a collective force of will, similar to the societies that named the world’s lizards. I will not deign to state the requirements for Official Nicknamedom here–I am just one man–but we need a consensus. Because nicknames, especially considered, interesting nicknames, are a force for good in the world of baseball. They’re the synonyms that enrich our poetry, make gamers flow more naturally. We all benefit. Let’s put in the work, and decide if Mike Trout gets to be called something he doesn’t really care for all that much.

FROM THE DESK OF THE COMMISSIONER

[EDITOR’S NOTE: The BP Covert Investigation Team recently uncovered this document, dated July 10, from the trash can of a Starbucks in Miami. We spent a week trying to confirm its validity with a second source, gave up, and are publishing it here, now.]

On the occasion of the defending World Series Champion Chicago Cubs falling below .500 once again, the commissioner’s office resolves to:

The commissioner’s office believes that the integrity of Major League Baseball is staked on the on-field and financial success of the Chicago National League Ball Club, on account of the club being deemed “too big to fail.” In the event of the team winning the National League Central Division, number six will be amended to allow for up to five (5) hitters per game to scrap their at-bats and try again. In the best interests of baseball, the commissioner reserves the right to protect the feelings of the Chicago Cubs players and staff against any recriminations originating from Twitter, Facebook, and various blogs. All walkup music shall be supplemented with subliminal messages reinforcing positive thinking and words of heartfelt encouragement from loved ones. Should the above conditions not produce a World Series champion, the commissioner shall purchase, at the club’s discretion, any contracts of players who failed to produce either (a) 2.0 WARP for the 2017 season, or (b) players who, by the accounts of those commenters with verified “meatball” status, are “bums.”

You need to be logged in to comment. Login or Subscribe
jfranco77
Mike Trout's nickname needs to be The Weatherman. Make it happen. The Millville Meteor is fine and all, but The Weatherman is where it's at.
Reply to jfranco77
mdupske
I call Trout SuperPretzel https://pbs.twimg.com/media/Bg2BUBqCIAE-VOW.jpg
Reply to mdupske
jfranco77
For longer than I'd like to admit, my daughter only knew Mike Trout as the guy on the pretzel box
Reply to jfranco77