The tension between the juiced baseball and the acceptable range of MLB testing came to a head this week in the spectacle of the Home Run Derby, as Aaron Judge and company surpassed all previous accomplishment and expectation. It was an unbelievable display, somewhat literally. And despite commissioner Rob Manfred’s denials and assurances, a growing faction of baseball fans are meeting the possibility of a more aerodynamic baseball with indifference bordering on pleasure. Home runs are fun, the increasingly common thinking declares. Why not be honest, and enjoy it?

I’m beginning to feel as though I’m the only one resisting the siren’s call of the dinger. Some of it is an apprehension born out of a political science background: trained to see patterns in human behavior, I can recognize a willful ignorance in the early steroid era that was later blamed on the media for perpetuating. The hangover, with its copious self-loathing, was not one I look forward to repeating. But there’s another element as well. The sport of baseball has often been mocked for its history, and the small-c conservatism that ties with it. But in light of change, particularly an inorganic, unexpected change, there is the potential for throwing the game, and those who rely on it, out of orbit. 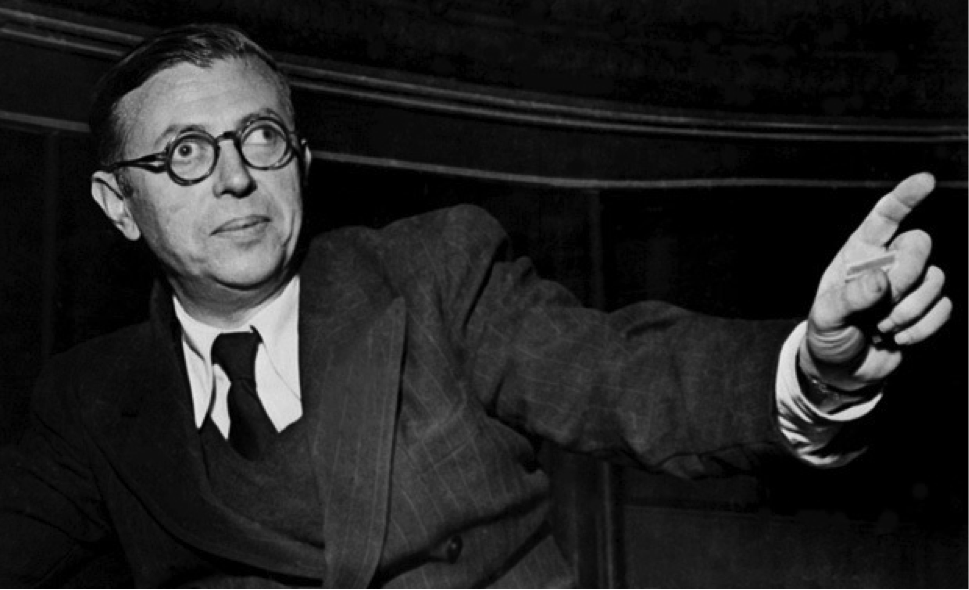 Recently I read a wholly baseball-less book, Jean-Paul Sartre’s childhood memoirs, The Words. It is, for those of you looking for a timely review, not a spritely read. Our hero takes an honest and not particularly charitable review of his own youth (“I loathe my childhood and all that remains of it”) and describes his “fall” from wealthy, favored wunderkind to homely, chain-smoking existentialist. It’s bleak work, if lucid, until the last five pages, when the man hurls a sudden bolt of revelation in the conclusion. Sartre, in abandoning religion, turns to writing for his immortality:

“To reassure myself that the human race would perpetuate me it was agreed in my mind that it would not come to an end. To extinguish myself in it was to be born and to become infinite, but if anyone had advanced in front of me that some cataclysm might one day destroy the planet, even fifty thousand years hence, I would have been terrified. Today, in my disillusion, I cannot envisage the cooling of the sun without fear: it matters little to me if my fellow-creatures forget me the day after my burial; while they live I shall haunt them, elusive, nameless, present in each one like the thousands of millions of dead whom I know nothing and yet whom I preserve from annihilation. But should humanity ever disappear, it will kill off its dead for good.”

The cataclysm that Sartre hints at is the dawning of the Cold War era, where for the first time in history the extinction of the human race felt both possible, and unavoidable. I was born in the later stages of this era, of “we begin bombing in five minutes,” of a foundering Gorbachev, of a weariness of fear. I was provided a respite from that anxiety in my young adulthood, thanks to the new world order. Now my own children are being born into a renewed acquaintance with the concept of extinction, from a very different source.

The game of baseball, particularly in its form as a spectator activity, is an escape from thoughts of nonexistence. Its shared history, its commonality from era to era, all these things tie us from individual people who are born and get sick and die into one single living thing, bonded and unbreakable. Jimmy Slagle, of the 1899 Washington Nationals, may be utterly forgotten by the modern baseball fan, but he played alongside and mentored the equally forgotten Bunk Congalton, who yielded center field in Boston to a teenager named Tris Speaker. Every baseball player on every team and every baseball city is woven, as Sartre notes, out of the ghosts of incalculable stories and ghosts, all who live on, as will we. Our children will wear the colors we wore, cite without thinking the memes that we cited.

I understand that we’re barely in sight of my opening paragraph, and I apologize. But as home run after home run soared into the frenzied mob Monday night, and digits like “513” splashed across the screen, I couldn’t submerge some nagging concern. This new baseball feels good right now, but will it last? The human mind is built to measure changes, rather than values; we’re much better at measuring whether the temperature is getting warmer or colder than evaluating exactly how warm or cold it is. It’s in our instinct to adapt. And this instinct can be problematic: what happens when the warm water grows mild, and the dizzying numbers of 2017 no longer excite? Will it create an unintentional cycle of inflation, will we scramble for the next thrill?

It doesn’t have to be this way, and it may very well not. Baseball has tipped perilously close to the event horizon before, in 1919 and 1968 and 1998, and always pulled itself back. It’s possible that this is part of its own orbit, a summer season, a lunar cycle. Perhaps it’ll be an evolution, the way that music expands and folds over itself, sometimes unrecognizable but always carrying that same core.

The existentialism that Sartre helped popularize often gets a bad rap, caricatured as a hopeless, alienated philosophy of people having given up. (His own fiction did not help this stereotype.) But the philosophy is ultimately a positive one: it’s about giving people the responsibility to create their own meaning, their own stories, often through their participation in society. Here, then, is another area where sports are valuable, through the commonalities and shared truths they create. This is particularly powerful and important in the modern era, when social objectivity has weathered its fiercest attack since the heyday of yellow journalism.

This is why the sudden upheavals of baseball history are so devastating: not because the past is better or worse, but because it carries so much of ourselves (and the people who made us ourselves) within it. It’s what makes relocation the worst crime in all of sports, because it ends stories, erases history. It makes all that time we spent waiting, and hoping, and aging and dying wasted. Without that connection to the present, to the living, it becomes trivial. I fear that what we’re witnessing, what we know we’re witnessing, is another small tear starting now, that the change we’re seeing isn’t a maturation of the sport but an artificial and destructive thing. I hope I’m wrong, and that this essay was the thing that was meaningless.

You need to be logged in to comment. Login or Subscribe
TGT969
As an existentialist I found your article interesting. The mere mention of the
word existentialism usually throws a person into 1-what? or 2- that old french thing so to see it mentioned in BP is gratifying
Reply to TGT969