The Curse of Twenty-One

Mark Zagunis found himself in a room with red curtains. It appeared to have no real terminus, only the thick, velveteen draperies covering floor to ceiling. He hadn’t exactly awakened in the room; he didn’t recall falling asleep at all, nor did he emerge from his stupor with an awareness of his surroundings. He felt as though he had always been there, in that room.

The name struck him. He wasn’t sure why. Gripped with fear, Zagunis slowly realized he wasn’t alone in the room. A man with a blazer to match the curtains stood about ten paces from him, slightly to his offhand side. In that moment Zagunis found that he has been sitting in a leather chair. He couldn’t remember sitting down. Joe Mather. The name turned over in his mind, over and over, finally landing on Anthony Rizzo. What did Rizzo have to do with Mather, and why was he in this room?

The man took a step toward Zagunis. “I’ve got some good news. The number you wear is going to come back into style.” Number? 21? His number. His uniform. Struck by a moment of prescience, Zagunis cried out as if in agony. Mather. 21. Mather wore 21. Now I wear 21. Shot through with an awareness alien to him, Zagunis rattled off a series of names to the man. “Mather. Colvin. Bradley. Hairston. Lake.” He turned them over, over and over, repeating them. Fear again rippled through him.

“Sosa.” He stopped. Who had spoken the last name, Zagunis or the man? Zagunis didn’t know. Sammy Sosa.

“Through the darkness of seasons past, the outfielder longs to see.” The man was talking now. “One chance out between two teams: fire, balk with me.” 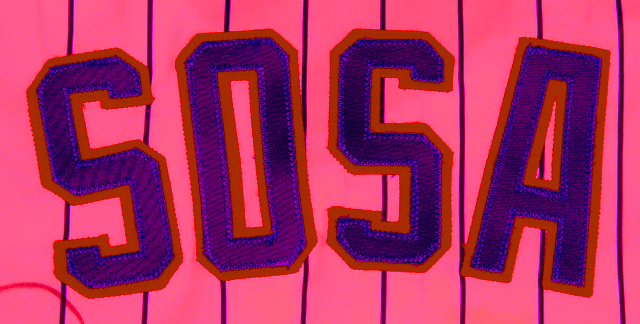 Zagunis shot up in his bed, cold sweat gluing his t-shirt to his back. The hotel room’s few furnishings glowed with the soft moonlight of a humid summer night in South Florida: a leather couch and a formica night stand. Sammy Sosa. Sosa was trapped in there, the room where Zagunis had just been. This he now knew. For how long? And who was inhabiting the Sosa walking this earth? What did the man mean by “the outfielder longs to see?” The outfielder—was it him or Sosa? Or both?

There was a thread from Sosa through the others, now ending with Zagunis. Dread consumed him. Their fates, he knew. Their stat lines. Their minor league assignments and their empty batting averages. No such fate will come to me, Zagunis thought. I’ll return Sosa to that place. It’s what I must do. It’s been thirteen years. He must come back.

On Confidence: Nick Franklin and His Third Shot

“Have you ever, like, I don’t know, failed at anything?” he asked me. He likes to redirect questions, and I find that quality charming, proof of his interest.

He looked past me and shook his head.

I shrugged. Then sat still. He continued.

“It’s like, I see some of the guys on the team and it’s like, damn, time is passing and they aren’t going anywhere. That would scare me. Do you think they’re scared?”

“Some people think that I’m cocky or whatever,” he said. “But I’m not. It’s just, I’ve never really failed. Why am I supposed to think that can happen when it never does?”

He gave a smile, a small one, a bit impish, but then his face was serious again.

I think about Nick Franklin a lot. Not simply because I followed his rise through the Mariners system, but rather because my brain is fundamentally unequipped to process data in the manner the above quote suggests he can. And yet while my eternal pessimism would make me just about the worst kind of competitor imaginable, I often wonder about his journey from rising minor-league talent to his second DFA in only four years of middling play. I wonder what he told himself every morning when he got out of bed while actually, truly experiencing failure over the past four years, jumping from city to city, level to level. 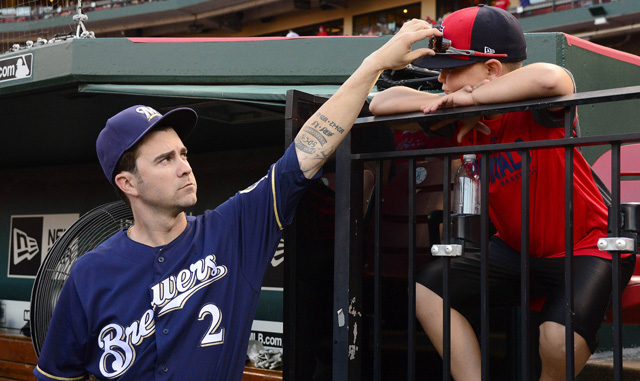 It seems clear that Franklin is not actually bragging to Mann here. I think he is instead talking to one Nick Franklin, goading a reporter into giving him a chance to convince himself that he doesn’t need to worry like those other guys do–that it’s all going to work out well for him in the end, despite that obnoxious shadow quickly rising through the Angels’ system in his rearview mirror. But that strategy doesn’t quite work during your fourth trip through Triple-A. In a way, you can’t quite blame him. It’s not like anyone else has mastered how to make it through this with your head intact.

And yet, here we are: Nick Franklin first emerged from a major-league dugout at 3:43 PM on May 25th, 2013. It was 9-0 Mariners after an unexpected eight innings of four-hit ball from Aaron Harang, and Eric Wedge had figured it was as good a time as any to give the struggling M’s their newest shiny toy. The roof was closed. Franklin quickly looked at five pitches and jogged his way to first to earn a OBP of 1.000 on his first day in the bigs. You and I know that number is meaningless with only three minutes to back it up, but the real question is when Franklin did. He knew it long before he picked up a wooden bat.

I Have No Idea What This Man's Name Is

I saw a headline on MLB.com, which is how I start all my Short Reliefs, that mentioned Boston's manager, one Farrell, receiving a suspension for doing some unspecified silly thing to an umpire. "Huh," I said. "Huh."

Not because I was surprised that a manager engaged in some act an umpire didn't take a shine to, nor vice versa. Nor because I didn't know Farrell was the Boston manager. No, this particular "huh" is because I had no idea then, and I have no idea now, as I sit here writing this sentence, what Boston manager Farrell's first name is.

I have some sense that it's a traditional Anglo first name, spelled in traditional fashion. Maybe a nickname version of said name. Rick I'm pretty sure was a pitcher, and is not this one, who was a pitching coach. Colin is an Irish actor, and has already featured in an article of mine. Will is an American actor whom I like to inform people I don't find funny because it makes me cool and hip that I don't like things other people like, and in any event I think Will's last name is actually spelled differently.

The thing is, I used to know it, in two senses: I used to know Farrell's name, specifically, and I used to know the names of baseball people of Farrell's stature, generally. For most of my adult life, I could have Sporcled MLB managers and consistently notched 28/30, first and last name. I could have told you a fun fact about each one, too, not that there's any way to set up that Sporcle.

But things fade. You get older, the beer piles up, you have yardwork you're putting off, you're not sure if you're saving enough for retirement, you move up at your job, which means you use increasing amounts of your finite physical, mental, and emotional energy at work, and what's left after all that is, hopefully, to most people, more or less the same as what you've always been. But to you, and to those who knows you best, to the partner, to the parent, to the child, to the dog, what's left is diminished. It's just not all there anymore. All we can do is manage the diminishment and clasp our hands in the general direction of hope that the stuff we lose is the stuff we never should have gained in the first place.

Like Farrell's first name. Which, having arrived here, I googled, and learned is John.

You need to be logged in to comment. Login or Subscribe
ironcityguys
Excellent comment on Nick Franklin, a player I've always liked. I was hoping things would work out with the Brewers, but it's got to be hard getting 3 AB/week. The interview part was extremely interesting. Here's hoping he finds late-career success somewhere else.
Reply to ironcityguys