I love many things about going to baseball games, but maybe one of the things I love best is the plasticity of the experience. I’ve gone to games alone, speaking to no one but my scorebook; I’ve gone in raucous groups and paid little attention to the game. Occasionally I will speak to strangers at these games, because we are both engaged in this practice of watching a baseball game, and because it is expected, somehow, that if someone says to you “I think he was safe, didn’t you?” you will respond with an opinion on the matter; you are expected to make some kind of response, as part of the social contract of showing up at the baseball game, even if said response is just a shrugging of the shoulders, an absence of opinion.

By attending a baseball game you enter into a shared space of baseball; you now have something in common with these strangers. Sometimes, that makes them want to talk to you. And sometimes, that will make these strangers go home and write Craigslist Missed Connections, because they will not be able to forget talking to you, although the object of each of these posts has almost certainly forgotten the drunken, urgently whispered conversation, the intensity of the night flaring out like a match. So here are some of my favorite missed connections posts, reframed into the poems that they are.

Love at a Mini-Mart 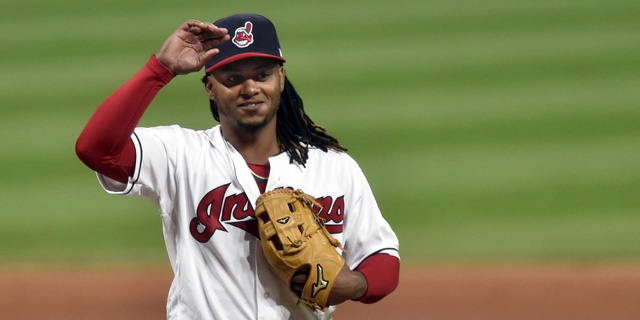 The line between falling in love with someone and falling in love with the idea of someone is very, very thin. There is a point where a commitment to seeing only the best in someone becomes seeing someone else altogether, where loving someone fiercely enough to overlook their flaws leaves no choice but to overlook them. There is so much potential for false projection, subliminal distortion, spaces where the colors of self-definition run into something messy and boundless. The whole endeavor is fraught. There is a passage in Robert Penn Warren’s All The King’s Men which deals with a variation on this idea:

“The person who loves you has picked you out of the great mass of uncreated clay which is humanity to make something out of, and the poor lumpish clay which is you wants to find out what it has been made into. But at the same time, you, in the act of loving somebody, become real, cease to be a part of the continuum of the uncreated clay and get the breath of life in you and rise up. So you create yourself by creating another person, who, however, has also created you, picked up the you-chunk of clay out of the mass. So there are two you's, the one you create by loving and the one the beloved creates by loving you. The farther those two you's are apart the more the world grinds and grudges on its axis.”

Michael Martinez is not a good ballplayer. He can play a lot of positions, sure, but none of them particularly well; he is 34 years old and has had the sort of career at the plate in which a few days near the Mendoza line are a grand accomplishment. For most, these things would be deal-breakers. But they are not for Cleveland, whose front office loves Michael Martinez—loves him in this reckless, glorious way that smothers any such considerations. They loved him when they snapped him up after the Red Sox designated him for assignment last year, they loved him when they let him and his .196 TAv bat in extra innings of Game 7 of the World Series, they maybe loved him even as they traded him to Tampa Bay for cash considerations last month. And they love him especially this week, rushing to sign him back now that Tampa has cut him loose after just a handful of games with the club.

Stop me if you've heard this on, but Mike Trout is both good at baseball and hurt right now. He's making progress on his rehab, but in the meantime, one can only imagine that the Angels are missing him awfully.

To be fair, this isn't quite right. No one outside of Aaron Judge (what are you doing 2017) can rightly be expected to replicate Trout’s production, which stands this year at a balmy .337/.461/.742. But to be sure, Young has done his best, hitting .323/.417/.516 over his first 73 plate appearances (somewhat worse in the 24 since), a pace that would represent his finest over a full or even half season. He's fast, powerful, and playing a solid center field, and he's doing a decent job of filling in for the best player in baseball. It's…unexpected!

So what's happened here? Okay, there's an easy and boring answer. That one goes a little something like this: players often have hot streaks over short periods of time, and the Angels just got really lucky that Young had his now. Over a full season, it's pretty unlikely that Young would hit this well, and there's no one in their right mind thinking he's a way forward away from Trout. Young has been the best of all possible fill-ins. That's all. That's the boring answer.

Here are some better answers!!

In the end, though, we can agree that somehow Eric Young, Jr. is playing as well as Mike Trout. It probably won't last, and it's probably beyond convenient, but I'm pretty sure the Angels aren't asking any questions. Baseball is weird, especially when a Mike Trout gets hurt. Long live weird baseball.