As a rule—specifically, as a product of the Official Baseball Rules—base coaches do not have many avenues for self-expression. They must stand in their coach’s box, they must be in uniform, they must “refrain from physically touching base runners.” They can only tell their player to stop or to go, and then wait and hope the player listens to them. The power balance is naturally tipped in their favor, sure—coach, player, the latter is supposed to listen to the former, this has been ingrained in all parties’ minds since childhood. But while a broad principle like that is designed to hold true in the general, it can very easily begin to feel malleable in the specific. There is no chance here for the coach to follow up, to ask again, to ask more clearly, to look up the evidence supporting his conclusion, to threaten or else. There’s only the chance to put up a sign and leave it there.

Usually, it works! Because the players trust the coaches’ judgment, or because they have a healthy respect for authority figures, or because they just do what they want and it happens to work out in agreement—usually, it works. But sometimes it doesn’t. Such as this moment on Wednesday night in which Phillies third base coach Juan Samuel looked extremely frustrated while Odubel Herrera ran all the way around him and his stop sign, only to get thrown out at the plate by a mile:

Everyone has already asked and answered the morning-after questions: who’s most to blame here? Was the sign late? Was Herrera deliberately disrespectful? Boring. It’s now time for the two-mornings-after question: if Samuel had literally tackled Herrera, as it appeared he was at least a little interested in doing at the time, what would have happened?

Tackling a base runner, because you’re frustrated that he hasn’t listened to you and now he’s about to make a silly out in the ninth inning of a tie game—is that physically assisting him in returning to or leaving third base? An umpire might say yes. He might say no! The odds, regardless, are undoubtedly better than Herrera’s. There does not appear to be any precedent here; Samuel seems to have missed a chance to set it (and, probably, to get a rule named after him in the process). If the Official Baseball Rules afforded base coaches more latitude for expressing themselves, maybe we wouldn’t have to wonder. In the meantime, we can only hope that perhaps baseball will someday take seriously the need for good nonverbal communication.

The “Shortstop Factory” is Weird

On Sunday Night Baseball, ESPN displayed the above graphic at the end of the 4th inning. It is apparently the second or third in a series entitled “The Shortstop Factory,” highlighting the young, talented shortstops in the major leagues who were born between 1992 and 1994. 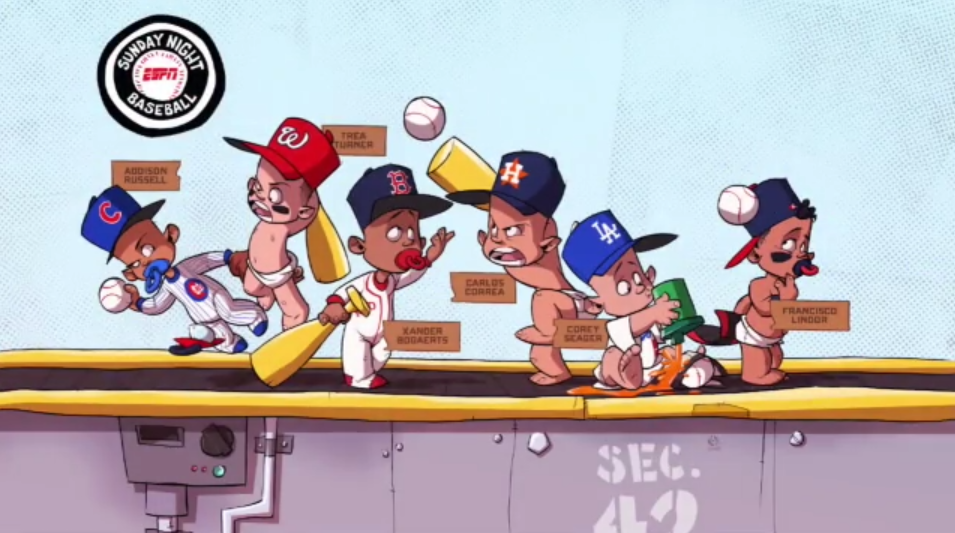 Let’s start with the most obviously flawed element: the conveyor belt. What part of the shortstop creation process are they in? Have they already been created, or are they yet to be molded into the players we see daily? Further, why are they all on the same conveyor belt? Is it a commentary on the universality of being, that differences are contained to external factors, and in reality, Xander Bogaerts is Corey Seager is Francisco Lindor? Or perhaps ESPN is more cynical, arguing that the mass-production of goods has slowly eradicated individuality, reducing all of humanity to the same shallow, exploitative desires. These six babies live no life separate from being objects of human consumption; they are offered no opportunity to get up off the conveyor belt and crawl out of the factory to experience life in its natural state. Their paths are predetermined by mechanisms granting them faculty sans humanity.

But even after setting aside the overtly philosophical and anti-authoritarian nature of the graphic, we are left with far more questions than answers.

From left to right: Where are Addison Russell’s pupils? What has he done to Trea Turner to elicit such a violent reaction? Who gave Corey Seager the juice, and why was it not accompanied by adult supervision? How, precisely, did the ball become attached to Lindor’s head? Why are three babies clothed and three naked? How old are the babies such that they have spatial awareness and dexterity while still requiring diapers?

It is unlikely ESPN will ever surrender answers to these questions, instead imploring fans to engage in fruitless thought experiments such as the one above.

But in the end, that’s all life is, a mad scramble to assemble elements of questionable meaning into something we can trick ourselves into believing is whole. And as with baseball, the rules of life are crafted for the viewer and imbibed with such tradition and history that it becomes heresy to question them.

So perhaps ESPN is doing us all a favor with this graphic, and the thought experiment has not been fruitless after all. Because nestled within the ugly, the uncomfortable, the shocking is the truth, and the “Shortstop Factory” is certainly all of the above.

What I Did On My Summer Vacation

By Tal’s Hill (as told to Matt Sussman)

Really, it was a blessing. Working 81 days a year in the crannies of Minute Maid Park was a thankless job. I didn’t really get to do that much exciting stuff, and when I did, they always said I was in the way. Now I know how IT feels. I’m better off without them, and this gave me a whole new perspective on what I wanted to do with myself. I never got to travel, you know, really see the world.

First things first, I needed some beach time. Houston didn’t have much in the ways of water scenery, and the Rays always seemed to brag about their pristine beaches. I have no idea how I’m going to get this sand out, but I was just able to hang out here all day and read my Kindle, since I didn’t have to worry about sunburn — even though I spent most of my time indoors, for some reason. 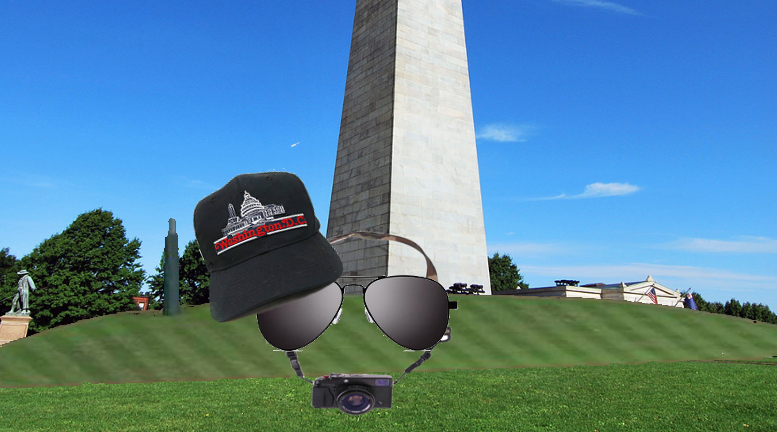 I’m kind of a war buff, and what hill is more iconic in domestic wars than Bunker Hill? I keep forgetting that technically the British won the war, but it was a major turning point for the American forces. I never had any casualties on me except for Lance Berkman, although that too was a big moment in my life. 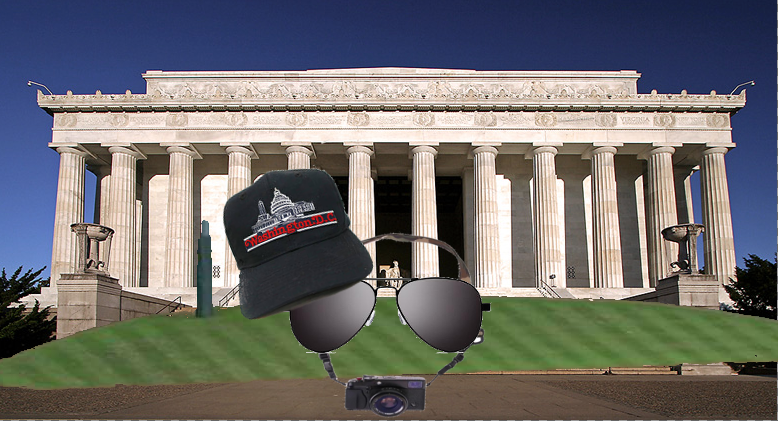 No matter the political climate, visiting Washington DC is an absolute must for any American to learn the history of our country and its intersection of struggle and success. No monument embodies that better than the Lincoln Memorial. Case in point, so many parents with strollers were finally able to see the moment up close once I arrived.

Weirdly, the authorities did not want me standing year this. And I’m all, like, “what dynasty is this?” Not that I, an Astros employee, know anything about those. 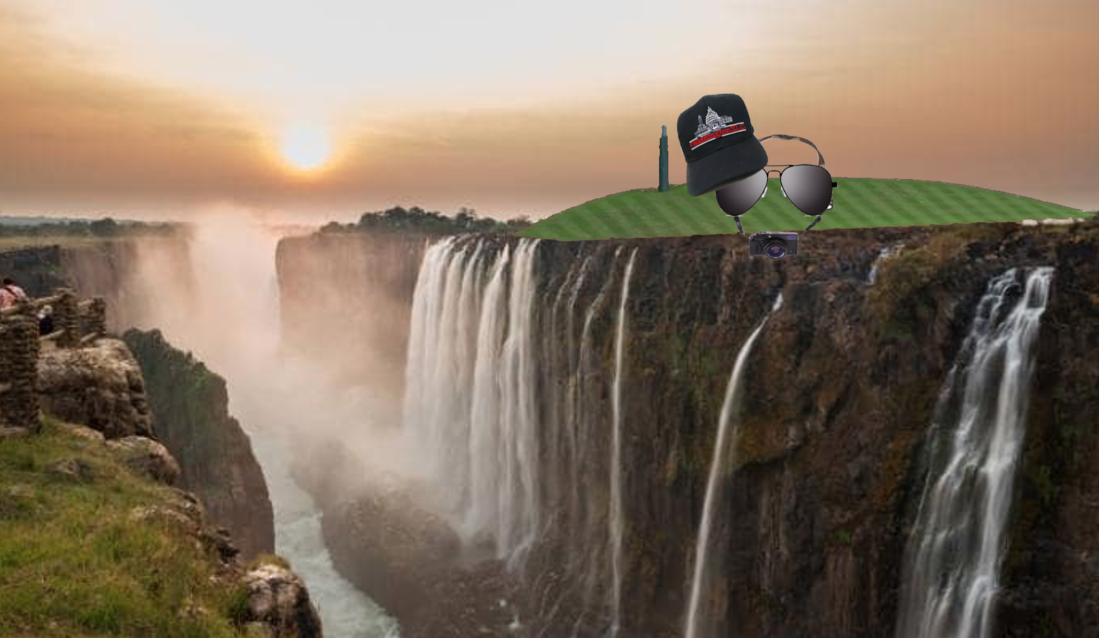 Victoria Falls is as breathtaking as everyone says it would be. It’s also ridiculously scary. Sidenote: pretty much all the loose change I had in my pockets are basically gone for good.

Finally I had to get back to my Irish roots and observe The Giant’s Causeway. I had the best time, just getting lost in the crash of the waves and the absolutely majestic scenery of Northern Ireland. When I retire, I might want to settle down here. They don’t have any baseball here, probably because the locals wouldn’t stand being cut off after the eighth inning.

I can’t believe it, but I’m actually so tired from the traveling, I feel like I need another week off just to recover from the jet lag! Good thing I have considerably more time off in this economy! Heh. Anyways, if you’re looking to hire, my resume’s on my LinkedIn, I’m working on getting some Linux experience, and I’m available for podcasts.

You need to be logged in to comment. Login or Subscribe
tearecrules
The Shortstop Babies look to be 18-24 months; walking, running, playing but still needing diapers.
Reply to tearecrules
PeterCollery
"Signals" and "Shortstops" both laugh-out-loud terrific.